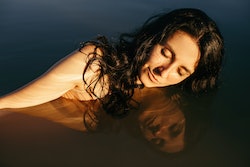 Your zodiac sign is gifted with its own set of strengths that give you a special edge, and Pisces zodiac signs are no different. The mutable water sign has a powerful imagination, allowing them to dream without limits and lead a creative life. Pisces’ dreamy perspective and ability to connect with the mystical are only a couple of strengths they’re famous for. Underneath, however, these free-flowing signs have a solid set of hidden powers ready to be broken out at any moment. Knowing their secret powers can help you understand Pisces on a deeper level, but it can also inspire you to explore the magical parts of your own birth chart.

Knowing the basics of Pisces zodiac signs can put their powers into perspective. Pisces are mutable signs, meaning they can adapt to their environment with ease. During a crisis, they can keep their cool long enough to come up with solutions. Since they’re water signs, they’re spiritual and compassionate, allowing their kind hearts to lead the way. They have two planetary rulers, Neptune in modern astrology, and Jupiter in traditional astrology. Neptune is associated with dreams and illusion, while Jupiter is related to optimism and luck. The co-ruling energies give Pisces their vivid imagination and need for spiritual growth.

These visionaries impress with their creative mind and don’t shy away from their sensitive side, making them seem like an open book, but Pisces zodiac signs have plenty of surprise moves. Continue reading to learn more about Pisces’ hidden superpowers.

As an emotional water sign, Pisces zodiac signs are deeply connected with their emotions. But these intuitive signs have a way of fully absorbing the energy of others around them. Their ability to relate to others on an emotional wavelength allows them to sustain meaningful relationships and use their compassionate heart to serve others.

According to astrologer MaKayla McRae, also known as TheStarryEyedMystic, Pisces are attached to their emotions, they develop sincere empathy for others. “Water signs are strongly suited in their intuitive, perceptive skills. While everyone experiences empathy, Pisces is especially known for its desire to extend help to others. This allows them to help others put their tough armor down and be vulnerable,” McRae tells Bustle.

Pisces’ keen instinct naturally gives them a reputation for being psychic, since they have an uncanny ability to divine what’s going to happen before it comes to pass. But their ruling house, the twelfth house of the subconscious, makes these signs concerned with the nonmaterial world — think auras, psychic abilities, and magic. Their intuition allows them to see into someone’s intentions and seek out messages from the universe.

“Pisces zodiac signs are able to tap into their intuition to know things that wouldn’t readily be known at first glance. By looking beyond the face value of people and circumstances, Pisces are unstoppable when they trust their gut feelings,” McRae says.

Because of their natural affinity for all things magical, Pisces zodiac signs have a lot of supernatural insight. When these signs aren’t connecting to the mystical via their near-psychic instincts, these signs are usually practicing spiritual work, since the twelfth house, which Pisces rules, governs the shadow self, meaning the lesser-loved parts of ourselves. Their astral travels through spiritual meditation to explore the nonphysical realm give them plenty of knowledge to bestow onto others.

“Neptune, Pisces’ ruling planet, is the planet of intuition, spirituality, and what is beyond our practical, earthly realm. Therefore, Pisces are very connected to the unseen or mysterious forces of life,” explains McRae.

As mutable signs, Pisces can blend in any situation. They can also accept change as it comes, giving them a laid-back attitude when it comes to the unknown. If a Pisces accidentally double books their Friday night date, they’ll come up with a creative plan to sidestep out of it, like telling one date they had a reiki session they forgot all about.

“Mutable signs are known for their changeable nature. However, with Pisces, it’s better to describe them as ‘energetic chameleons’. They’re able to look beyond superficial appearances to adjust their approach accordingly,” explains McRae.

More like this
Eleven From ‘Stranger Things’ Is A Cancer Zodiac Sign, An Astrologer Says
By Brittany Beringer
Are Gemini & Sagittarius Compatible In A Relationship?
By Kristine Fellizar
Your Guide To Earth Signs
By Nina Kahn
Here’s Your Fourth Of July Weekend Horoscope
By Mecca Woods
Get Even More From Bustle — Sign Up For The Newsletter