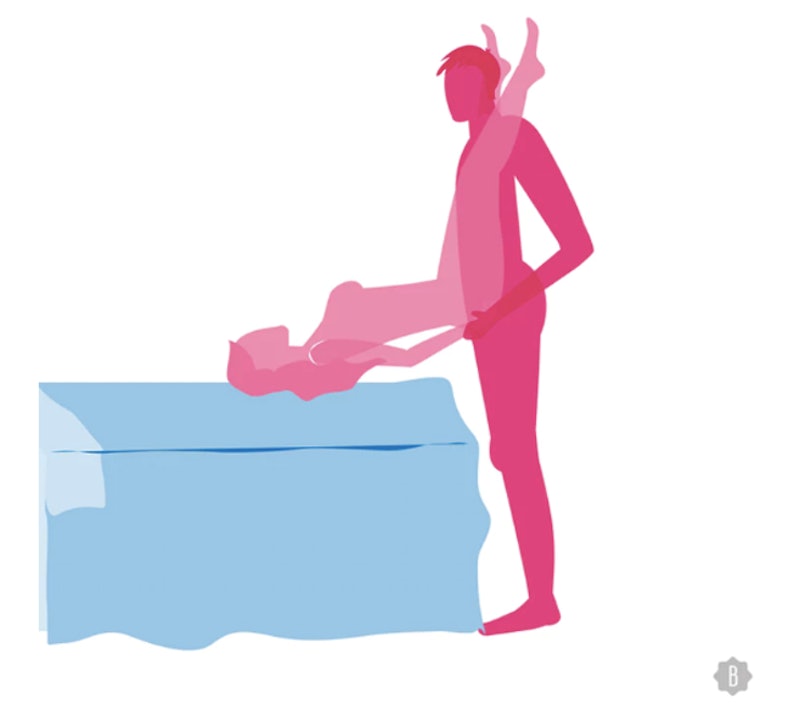 Feeling bored with your sex life? We've all been there. But the good news is that it can be an easy fix — as easy as finding a new sex position to try with your partner. Of course, there will always be staples, like missionary, which may seem boring in theory, but are actually pretty awesome. There's nothing quite like a position in which you can kiss your partner and watch their face as you both climax. Now that's some intimate stuff; the stuff every relationship needs.

But although the missionary sex position is a staple, you can't do it all the time. Just like you can't do doggy style all the time, now matter how much you and your partner love it, because, even your favorite can become monotonous. When it comes to sex, it's about stepping outside the same old same old and finding new ways to experience pleasure and explore exactly how to attain that pleasure. Branching out and delving into other sex positions is probably the easiest way to do just that.

So instead of sticking to your usual repertoire of sex positions positions, it might be time for you and your partner to expand your sex life by welcoming new positions into your bedroom. Here are nine sex positions to try if you're bored.

More like this
How To Do The Intimacy-Boosting Lotus Sex Position
By Laken Howard and Lexi Inks
Are Quality Time & Physical Touch Love Languages Compatible?
By Lexi Inks
Expert Tips For Being On Top When You're Plus-Size
By Lexi Inks
Cookie Jarring Is The Dating Term You Need To Know
By Sophie McEvoy
Get Even More From Bustle — Sign Up For The Newsletter