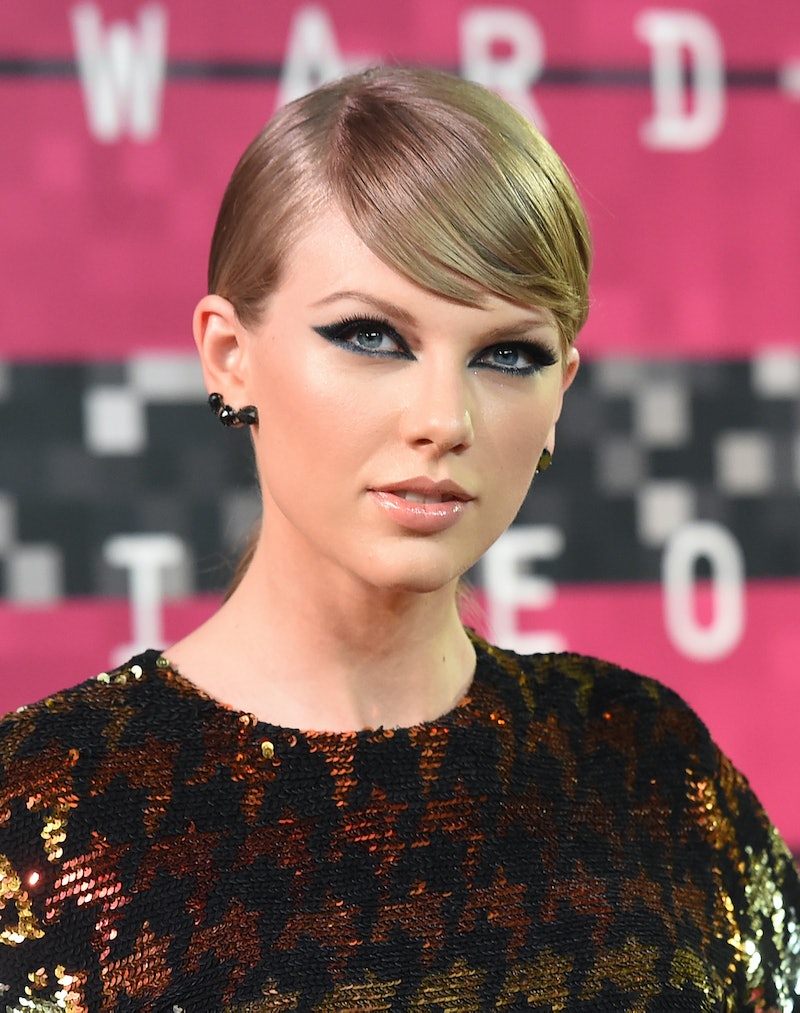 News broke Friday, Aug. 11, that a judge dismissed Taylor Swift as a defendant in the lawsuit filed by ex-DJ David Mueller. In 2015, Mueller claimed the singer was responsible for him losing his job due to her allegation that he groped her during a 2013 meet and greet (Mueller denies the incident happened). The judge in the case has now made a powerful statement by saying that Swift is in no way to blame for Mueller's job loss. While the trial is still ongoing, there is a valuable lesson to be taken away from the charges against Swift being dropped.

Some people on the internet have attempted to trivialize the singer's experience by dismissing it as "just" a butt grab. This way of thinking is what allows men to believe they can get away with treating or touching women any way they want, and having their behavior be chocked up to the idea that "boys will boys." It also feeds into the fear some survivors have that if they come forward, they will be blamed for what happened to them. But in Swift's case, the judge made an official ruling that Swift is in no way responsible for Mueller losing his job. No matter what happens next in the case, women should hold onto that lesson. If you feel that you have been violated and you come forward, you are not ruining the life of the person who hurt you, you are simply letting the world know how much you value yours.

When she was on the stand, Swift refused to be shamed. "I am not going to allow your client to make me feel like it is in any way my fault, because it isn't," she told Mueller's lawyer. Women should allow her words to resonate, and they should feel empowered by them. There is power in acknowledging that you are not to blame for the actions of others. If someone hurts you, that's not your fault.

Coming forward when you have been violated by another person in any way is scary. There's fear that you won't be taken seriously, that it will damage your image, and, worst of all, that you will have to relive the experience. Swift doesn't want what Mueller allegedly did to her to define her story. In fact, her camp originally didn't come forward for that very reason, and instead, her mother, Andrea Swift, sought to handle the situation privately. Mueller is the one who made the allegations public knowledge.

And when he did, Swift never wavered. On the stand, she refused to be intimidated. She proved there's no expiration date on coming forward. More than that, she stands as an example to survivors that they can control their own story, even when it's scary and it feels like everyone is against you. It's so important for women to know that they are their own best ally.

Swift's case is ongoing. At this point, the judge has only found that the singer is not at fault for Mueller losing his job. The question of whether or not there is sufficient evidence to prove Swift's claims that the former DJ groped her remains to be seen. No matter what happens next in the trial, survivors who have internalized the idea that they are to blame for what happened to them can look to Swift as a reminder that's simply not true.

This may seem like a small victory, but it's an important one. The dismissal of Swift as a defendant, is a clear statement that victim-blaming is not OK, and that women should not be afraid to come forward out of fear that they will not be taken seriously. Yes, Swift is a celebrity, but she's also a woman who took a stand for herself and others by refusing to be shamed. The most important lesson that can be taken away from Swift's situation is that there is real power in survivors acknowledging that they are never to blame for someone violating them, and if you choose to come forward, there is an excellent chance someone will listen.