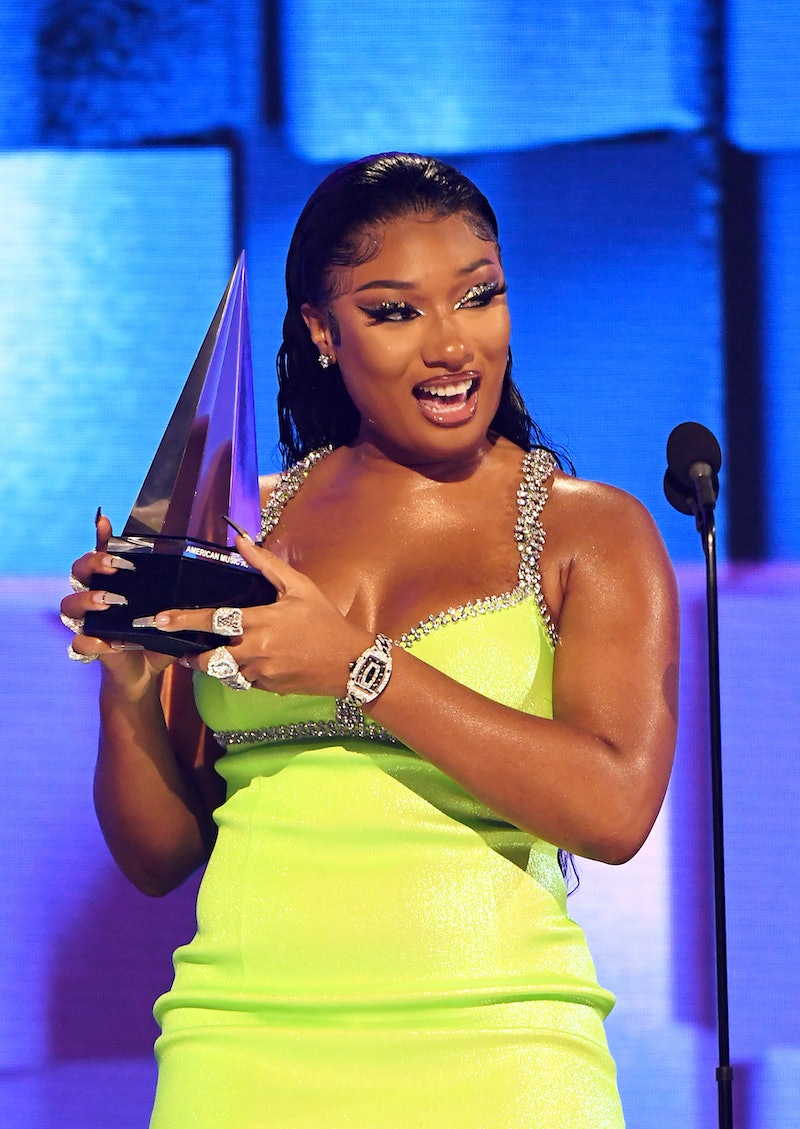 The ‘90s are back (in case you hadn’t noticed) and everyone has their own way of channeling the return. This includes everything from fashion and outfits plucked directly from the decade to upgraded and modern takes on mallrat makeup trends. There are the celebrities that do the former — and then there are people like Megan Thee Stallion who do the latter. Her commitment to ‘90s beauty is so fierce, that it’s easy to briefly forget what decade it is.

During her quick rise to super-stardom, Megan Thee Stallion has cemented herself in the annals of music history with multiple Grammy wins, record-smashing singles, and iconic music videos. Meg’s massive influence on pop culture is undeniable and she somehow finds the time to slay the fashion game, too. Every red carpet event and Instagram post is a hotbed of inspiration and, often, nostalgic glamour.

Alongside celebrities like Bella Hadid, Millie Bobby Brown, and Lizzo, Megan has been rocking every once-forgotten-about trend from the ‘90s to the early 2000s. Yes, this means contrasting lip liner, Von Dutch hats, velour tracksuits, and classic French manicures.