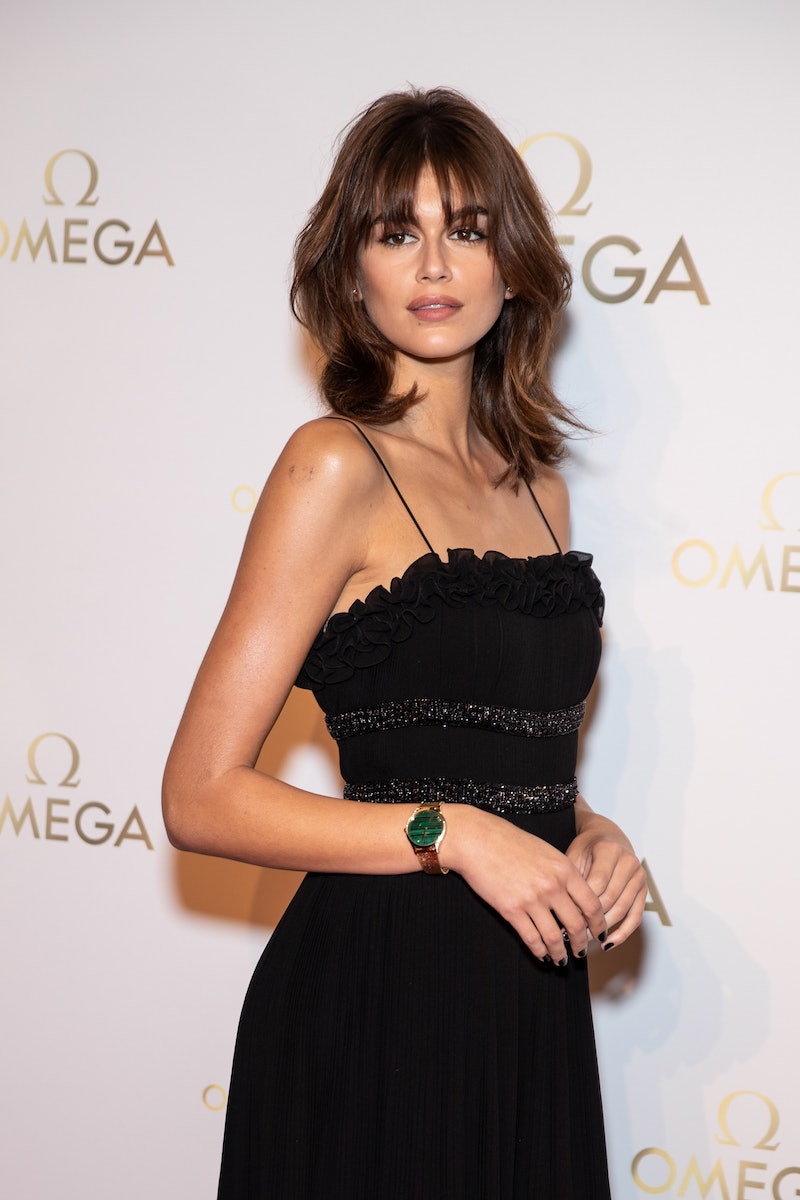 Shags and mullets are trendier than ever, but as the cuts grow out they transform into another look that’s rising in popularity — and it happens to have a very cute name despite its edgy aesthetic. The style in question? The octopus haircut.

The cut does indeed resemble an octopus, and celebrity hairstylist Cristina Boatman considers it a hybrid: “Think if a shag and mullet had a baby,” she tells Bustle. While the current version originated on TikTok (as plenty of buzzy beauty trends do), Boatman notes the octopus haircut is actually a retro style that’s been around for a long time. So you can chalk it up as another beauty trend TikTok has recycled and renamed, she says.

Dan Williams, hair artist at Hair & CO BKLYN, also points to TikTok as a primary source of inspo in the hair space. “TikTok is so big with hair trends right now — I have so many clients coming to me with screenshots of a TikTok they saw or showing TikTok videos to describe how they want their hair,” he tells Bustle. And seeing as the hashtags #octopushair, #octopuscut, and #octopushaircut total just about 100,000 views on the app, it’s clear the octopus haircut is well on its way to hairstyle stardom. Read on for expert tips on how to achieve the look on your own.

What Is The Octopus Haircut?

Compared to the shag and mullet, Amy Abramite, creative director and stylist at Maxine Salon, tells Bustle the octopus has more weight carved out between the short and long layers. And that’s how it gets that octopus-like shape: “The top layers hug the head shape for roundness and taper in at the bottom to form a flipping movement, like tentacles,” she says.

The octopus cut is most similar to the wolf cut, a style commonly associated with alt-hair trendsetter Billie Eilish, though it differs ever so slightly. “The difference between a wolf cut and octopus cut is the octopus is heavy on the short top layers, creating a thinner longer length,” Boatman says. Surprisingly enough, she notes it’s quite similar to the ultra-layered “Rachel cut” of ’90s infamy (aka Jennifer Aniston’s ’do on Friends).

Though the octopus cut pulls from a handful of retro hairstyles, some stylists think it has the potential to actively replace them moving forward. More specifically, Williams believes that the octopus haircut will take over for traditional mullets, ultimately rising in popularity alongside shags. “Octopus cuts are super trendy because of their hybrid evolution,” he says. “They’re new and exciting with hints of nostalgia, which we all love.”

What To Know Before Getting An Octopus Cut

While the octopus cut works with all hair types, stylists recommend that a professional should do the chopping as it requires lots of layering. “This haircut involves very short and heavy layers, making the length long and thin, almost like a disconnected shag,” Boatman explains. When you’re talking to your hairstylist, Abramite says to ask them to cut the top layers short and round to remove maximum weight. “This results in finer, slender layers below,” she continues. She and Williams also suggest achieving it with a combination of dry and wet cutting: Cut the main shape wet, then dry cut the remainder.

Note that the octopus haircut requires its fair share of maintenance. “This is a style you need to upkeep because there is a lot of shorter layering and shortness around the face, and you’ll notice it grows out a lot quicker than most,” Williams says, asserting that trims every four to six weeks are ideal. And when you’re ready to say goodbye, experts still suggest trims: “This cut has more extreme, not soft, connected layers, so as it grows out, the top will feel very heavy causing the bottom to flip out,” Boatman says. She recommends trims every six to eight weeks — at least until the top gets long enough to avoid what she calls the “awkward stage.”

But don’t let any aforementioned details scare you — there are countless versions of the style that can work for you. Be sure to talk to your stylist before making the chop. “Together with your stylist, you can find a variation of this cut that is best suited for you,” Boatman says.

How To Style An Octopus Haircut

According to Boatman, styling the octopus cut really depends on your hair’s texture. “With curly hair, it basically styles itself,” she tells Bustle, adding that with straighter and/or finer hair, it’s best to style with texture spray. “Think purposely messy,” she says. Williams is especially fond of Amika, R+Co, and Oribe’s sprays for enhancing the layers of the octopus.

If you’re super into styling, however, Abramite recommends round brushing the layers when blowing out your hair. “This will exaggerate the shape for volume up top, and the bottom layers can be worn curved under or flipped out,” she says. For this, she suggests using the Trademark Beauty Easy Blo blow-dryer (after applying heat protectant, of course). “This combines a dryer and brush in one. It’s easy to grip with one or both hands to maneuver for volumizing roots, smoothing hair, and styling ends like a pro,” she says.

For curly and/or textured hair, Williams suggests a soft hold curl serum and/or gel for hydration and definition. Finally, finish off the look with shine serum on the ends, and voila: You’ve mastered the octopus cut.