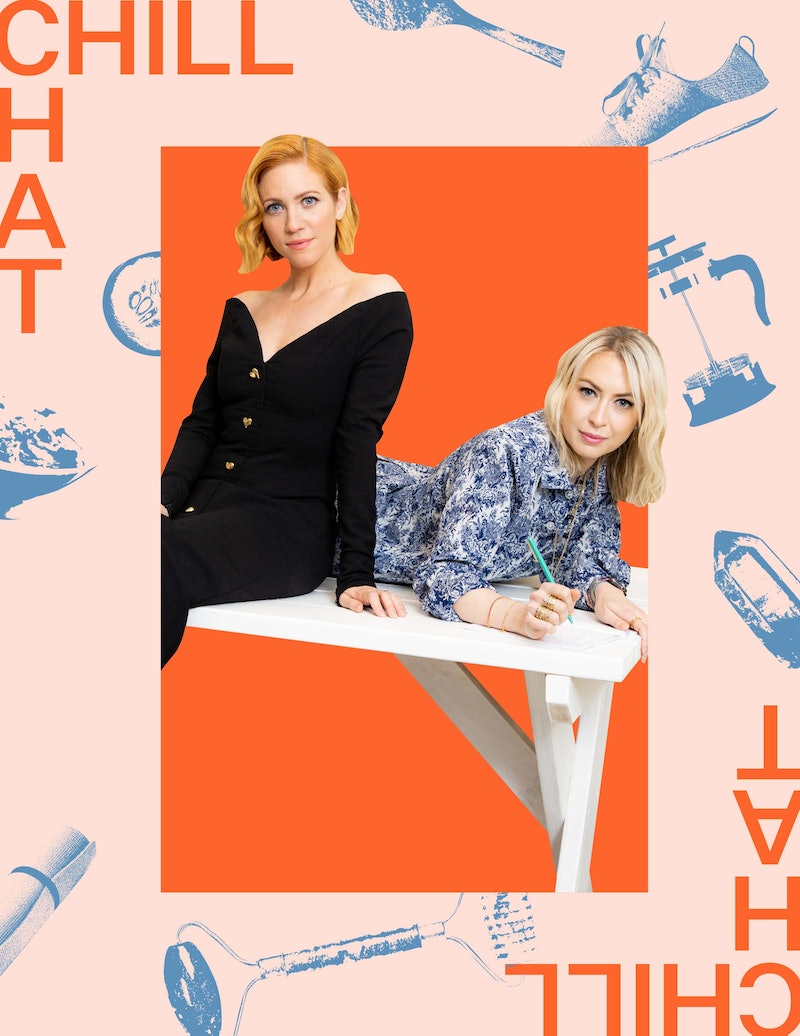 In Chill Chat, Bustle sits down with stars to chat about all things wellness, from their workout playlists to their most reliable self-care hacks. Here, Brittany Snow and Jaspre Guest, founders of the mental health platform September Letters, reveal their morning routines and favorite de-stressing rituals.

Between the two of them, there’s not a wellness trend actor Brittany Snow and entrepreneur/activist Jaspre Guest haven’t yet tried. Their combined passion for doing anything that improves your health in one way, shape, or form — no matter how offbeat — is mainly due to another shared passion of theirs: helping others feel less alone in their mental health journeys.

In early 2020, the two friends launched September Letters, a mental health platform that uses letter writing and storytelling to shed light on people’s experiences with everything from depression to racial and gender discrimination. “We wanted to show that although you think you’re alone in whatever singular problem you have, it’s actually something a lot of people can share in,” Snow, 35, tells Bustle. “I think that a lot of things that we struggle with connect us instead of divide us.”

Now, September Letters will be coming out in book form later in 2023, and will feature letters from notable people as well as serviceable intel about the power of letter-writing. It’s an accomplishment Guest and Snow celebrated in December with partners Post-it Brand and the Mental Health Coalition in New York City. “It’s really taken off in a beautiful way because people are finding a sort of feeling of unity with others,” says Snow.

As for how the two entrepreneurs take care of their own mental health? Here, Snow and Guest share their extensive morning routines, de-stressing rituals, and the best wellness advice they’ve ever received.

Walk me through your morning routines.

Guest: I start with 16 ounces of lemon water every morning, followed by 16 ounces of celery juice, which is the bane of my existence. I hate juicing celery because you have to buy a lot of it and it’s heavy and dirty. And I hate cleaning the juicer. But it’s really changed my life and how I feel — I’m a big believer that food and supplements can heal your body. So I take a lot of supplements and do 10 minutes of breathing followed by 20 minutes of Transcendental Meditation (TM). Then I do a rebounder workout, and then I’m ready to start my day.

Snow: I don’t do any of that [laughs]. My husband gets up so much earlier than me so luckily he always makes coffee for me. When I get up, I’ll have a cup, and then I’ll get into working out. We have a Peloton, so sometimes I’ll do spinning or a Pilates class. The minute the class is done, I’m like, ‘I need food now.’ Then I’ll usually put on a podcast when I’m brushing my teeth and getting ready. I’ve been known to do some writing in the morning too, which is hugely beneficial for me — even if it’s just a to-do list on a Post-it note. My husband always makes fun of me because I make a list to make a list.

What’s the most out-there wellness trend or treatment you’ve ever tried?

Snow: Energy work is something that I find really fascinating — it’s also unexpected that it works. I had thought it was going to be bogus the first time I went. But by the end, I actually felt my feet were on fire — and the practitioner never touched me. I asked her if they were, and she said, “No, that’s the energy leaving your body.”

Guest: I’ve really done a lot. I also find energy work really fascinating and really important because I think people don’t realize how much stagnant energy there is. I’ve done everything from chakra light balancing on beds to magnet therapy to love cupping. Do you remember the Katy Pery video for “Never Really Over”? There are heart-shaped cups on her back. It’s from this acupuncturist in Los Angeles who invented love cupping that helps unblock breakages, so I went after I broke up with my boyfriend [laughs].

Guest: I do eccentrics, which is this Pilates stretching method. And then I love Bellicon, which is on a rebounder.

Snow: I used to be a runner, but it’s getting harder as I get older because — I sound 85 years old — everything hurts a little bit more. So I really love spinning. I probably spin too much. I just like to feel like I’m at a party. I also do Pilates. I wish I could say I do yoga but I get so bored.

What’s on your workout playlist?

Snow: It’s usually some rap EDM remix — I have to feel like I’m in a club. I get really angry when people put on classic yacht rock when they’re in a spinning class. I’m not gonna go hard to Journey.

How do you like to unwind after a hectic day?

Snow: Back in my early 20s it was very different because I would’ve wanted to see friends and get out of my head and just go somewhere and do something fun. Now the only thing I want to do is put on the oldest sweatpants I own and sit and watch something really bad for me, like The Bachelor, and eat takeout. It’s not exactly the most holistic answer but I think sometimes you need a little day where you feel like a kid again.

Guest: I like to sit in silence. There’s just so much talking throughout the day that I just love sitting in silence with my dog and just having a cocktail.

What’s your favorite way to decompress?

Guest: I was so anti-meditation before, but I have a very busy mind. So I do TM and hypnotherapy.

Snow: For me, it’s podcasts — specifically spirituality podcasts. I listen to one every morning that’s either about something spiritual or metaphysical or something I can learn from, and I feel like that just sets up my day where I’m thinking about something that maybe challenges me or puts my thoughts in a new direction. Usually, I’ll listen to Super Soul Sunday or Brene Brown’s Unlocking Us. But sometimes I love a true-crime podcast.

What do you need to get a good night of sleep?

Snow: I’m the lightest sleeper on the planet. I cannot sleep with any noise. So I have two sound machines playing white noise, one on my left and one on my right. I wear earplugs, and then I have an eye mask. The only thing that I can go to sleep hearing is 1930s-era black-and-white movies. I don’t know why. But Jimmy Stewart being like, “Hi, how are you doing?” is really soothing.

Guest: I just listen to my hypnotherapist session and I fall asleep.

Snow: Taking the time for self-care is wellness. Sometimes just sitting there and journaling or being with yourself in the moment — it sounds so trope-y, but I think sometimes that’s the best form of wellness.

More like this
10 Primal Movement Exercises That'll Improve Your Mobility
By Carolyn Steber
10 Muscles You Work During A Kettlebell Swing
By Carolyn Steber
The Secret To Mastering Crow Pose In Yoga
By Carolyn Steber
7 Challenging Yoga Poses That Turn Up The Heat
By Carolyn Steber
Get Even More From Bustle — Sign Up For The Newsletter
From hair trends to relationship advice, our daily newsletter has everything you need to sound like a person who’s on TikTok, even if you aren’t.