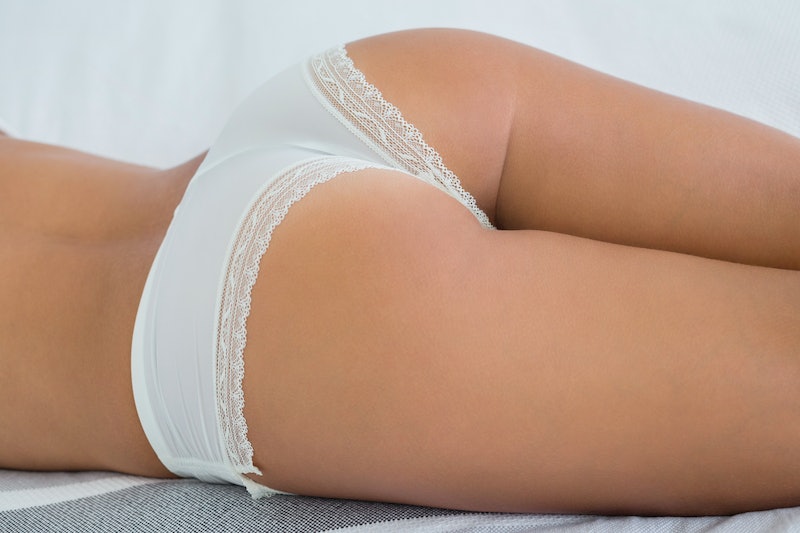 So we decided to do it, but at my boyfriend’s suggestion and that of his “sexually worldly” friends, it would be best if he just sort of “slipped it in there” the first time so it would be a “happy” surprise — that way, I wouldn’t have a chance to get nervous. Bad. Idea.

Anal sex and preparation go hand-in-hand. “If you just go from zero to 100 and ram the penis in there, you’re going to be a lot more likely to cause pain, tearing, and to not want to do it more,” Sarah Melancon, clinical sexologist at SexToyCollective, tells Bustle. “Slow and steady wins the race here — warming up with fingers, licking, toys like butt plugs or vibrators, to build up the arousal.” Melancon notes that consent also comes into play here: You’re always free to change your mind and not go through with it if you’re not ready or in the mood. Communicate!

5. Relaxation And Breathing Are Key

6. You Probably Won’t Poop Yourself

8. How You Poop May Be Messed Up For A Couple Days

After that night, how I pooped was definitely off for a bit. I was constipated and dealt with a lot of those air bubbles even a good 24 hours after that — or maybe by that point, they were farts? Either way, I wish I had known that when it comes to pooping after anal, you may need time to recuperate before you have a normal bowel movement again. “You’re stretching out an open muscle you’re not used to, and you’re also having friction and movement, so some people are more sensitive than others,” explains Melancon. “There’s nothing to be concerned about.”

Although we didn’t have a poop issue, there were still, um, some bodily fluids that had a brownish tinge to them. This, of course, had me freaking the eff out simply because of the color. I had the same response the first time I had sex on my period. Had we put down a dark towel or switched to sheets that weren’t white, the contrast of those bodily fluids against the white wouldn’t have been so noticeable. “If you talk about this possibility, it should clear some of the embarrassment. Dark sheets and dark towels are a good idea,” says Melancon.

This article was originally published on May 27, 2016