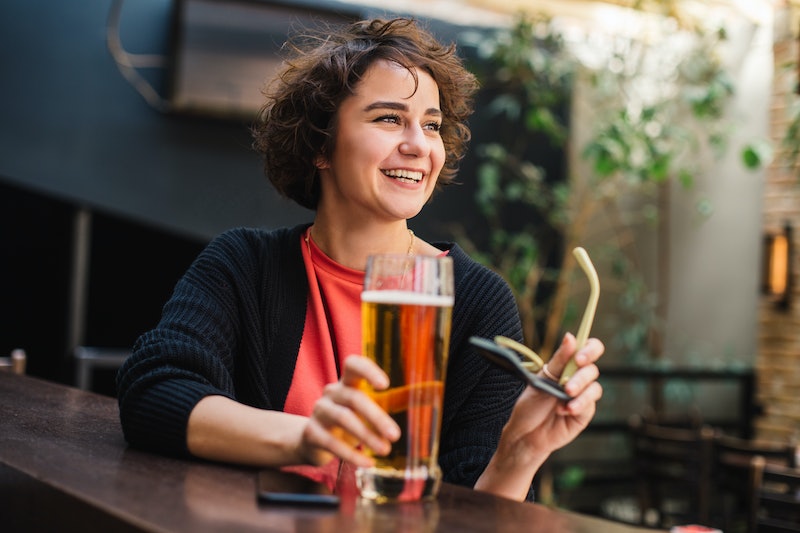 Perhaps you’re a fan of kombucha for its bubbly taste and gut-soothing effects. These days, though, the beverage isn’t just a daytime thirst-quencher — some varieties have a higher alcohol content that’s more suited for happy hour. But is hard kombucha good for you too?

Kombucha is a drink that’s made by fermenting sweetened green, black, or white tea with a specific culture of bacteria and yeast that’s known for its gut-boosting benefits, says Dr. Neha Shah, a nutritional sciences researcher. It contains bacteria, which research shows can have a probiotic effect that helps protect against harmful microorganisms. Having a good balance of healthy bacteria can go on to improve digestion, immune function, and even mental health, says Shah. And because it’s a fermented beverage, all kombucha — including those in the non-hard variety — has trace amounts of alcohol (which is an alcohol content of 0.5% or less).

If you head into the beer section of a beverage or grocery store, you can find hard kombucha — a more alcohol-rich version of its cousin and a drink category that’s been booming. This kind goes through a longer fermentation process to yield an alcohol content of 4.5 to 7%, which falls somewhere in between the alcohol levels of beer and wine. And while this can help you achieve your desired level of tipsy, the beverage’s extra alcohol could kill some or all of that helpful bacteria kombucha’s beloved for, says Shah. The end result? Less of those health benefits.

While research is lacking on whether hard kombucha supports gut health, it may be a better option than your usual mixed drink, Shah tells Bustle. It’s naturally gluten-free and lower in carbohydrates, sugar, and calories per serving compared to beer and common cocktails like margaritas and vodka cranberries. Just be sure to check the label if you’re concerned about alcohol content or certain ingredients since recipes can vary from brand to brand. And though its probiotic effects may be diminished by the extra alcohol, hard kombucha can still contain vitamins and antioxidants present in the regular variety — hence why it’s a solid choice if you’re looking for healthier drink options.

Nonetheless, hard kombucha also comes with all the usual downsides of consuming alcohol, adds Shah. Drinking too much in one sitting (which for women means having more than one drink per day, according to the U.S. Department of Health and Human Services and U.S. Department of Agriculture) can give you that dreaded hangover. And consuming alcohol in excess over a longer period of time can cause liver damage, weakened immune function, and more.

If you’re pregnant, breastfeeding, or have a liver or kidney condition, avoid hard kombucha like you would any other alcoholic beverage, says Shah. She also cautions against drinking it if you are immunocompromised or elderly, since the beverage isn’t always pasteurized and could cause food poisoning if not handled properly.

“As with anything, moderation is the key,” says Shah. So remember to enjoy your bubbly libation responsibly.

Liangpunsakul, S. (2013). What do we recommend our patients with NAFLD about alcohol use? American Journal of Gastroenterology, https://www.ncbi.nlm.nih.gov/pmc/articles/PMC3766378/

Editor's note: this piece has been updated from its original version on April 22, 2021