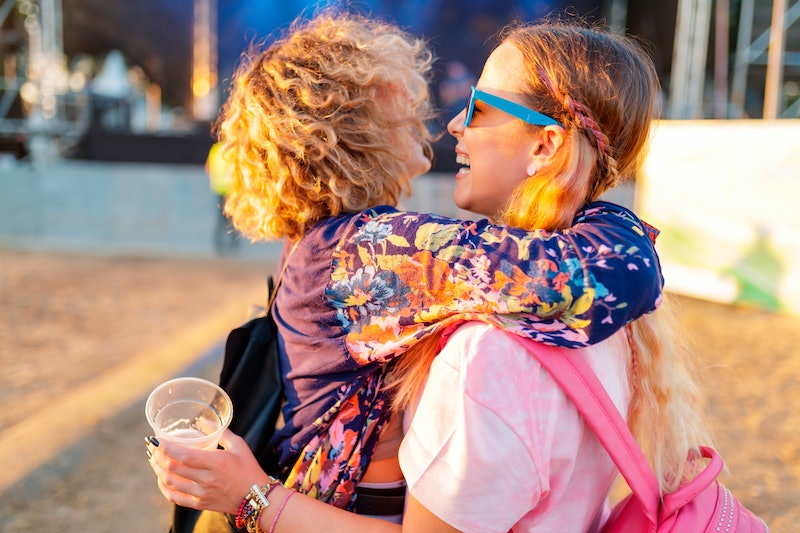 What’s the best sex advice for a Sagittarius? From doing it in the great outdoors to sex atop a motorcycle, the wilder the better in bed (or wherever) for the fire-ruled sign. And while some tips might appear to be straightforward — for example, you have a great chance at a super hot night with a Gemini, which is all the more true if you work a little reverse cowgirl into the mix — others have a little more nuance, according to astrologer Alyson Mead. Sags never want anything to come too easily to them, she says, so bear that in mind if you’re in the early stages of dating one.

“Sagittarius sees romance as an adventure — intellectually, physically, and emotionally,” adds astrologer Amy Zerner. And if you’re a Sagittarius, knowing this about yourself could stop you from ditching someone just because they actually seem interested in (gasp!) a relationship. Here, how to make sex amazing for a Sag. (Hint: “Average” won’t cut it, and when you experience Sagittarius sex life, things will never be the same.)

“Sagittarians, ruled by expansive, lucky Jupiter, are one of the most fun-loving signs of the zodiac,” Mead says. “That makes them natural lovers of sex, but also people who need to be playful in and out of bed.” If you’re a Sagittarius, you lap it up when your lover makes you laugh, and if you’re dating a Sag, be sure to skip the seriousness in the bedroom. (Or wherever it is you wind up having sex.)

Such lightheartedness is a surefire way to win over a Sagittarius. “You may find that, with a Sag native, the quickest way to seal the deal is with jokes, teasing and flirting, not to mention tickling that leads to much, much more,” Mead says. “I’m not talking funny faces and masks here, though some Sags may find a comedy followed by some serious boinking their idea of a hot date, rather than the textbook romantic venue.”

In other words, think outside the box and get creative — and have fun doing so. If things get weird during sex, laugh them off: Life isn’t all sultry stares and perfect playlists, and the realer you get, the more intense the sex will be.

2. Get Outside Your Comfort Zone...

Forget dinner and a movie — Sags are all about adventure, and shaking things up is the hottest form of foreplay. Try new things together. You don’t necessarily need to bungee jump or zipline, but anything that can spike your adrenaline is a positive for both of you.

And the same goes for sex. “These natives are active, and want their lovers to be too. If you’re too easy, Sag doesn’t want to know. They’d rather try and fail at sex on a motorcycle just to say they did it,” says Mead. A little hard-to-get works best with a Sagittarius: “Daredevils have a much better chance at landing a Sag in bed and making him or her happy.”

So give naked yoga a try. Go to that restaurant where you have to order whatever the chef gives you. Even if it’s not your fave, it’ll be a bonding experience for both of you.

“Sagittarius is a natural-born explorer and loves the outdoors,” says Mead — and she says this applies to their sexual appetites, too: “Whether you’re camping or just want to try something new, getting it on in nature revs their engines like nothing else.”

It’s not just about finding the most out-of-the-box place to get it on, either — sex in the wild, for Sags, is also about building trust. “Doing it against a tree, hanging from a branch or even in an underground cave lights up their libido while deepening trust with partners,” says Mead.

If you’re dating a Sagittarius, keep in mind that they look for “people with a strong sense of self who can stand up to their expectations and need for freedom. If you have an adventurous side, even better!” And if you’re a Sagittarius, Mead says a little goes a long way: “Even a vanilla position like missionary can be made sexier with the dirt beneath your back and the wind in your hair.”

“If you want to look your partner in the eye — after all, Sag is known for its honesty — use this position for a fierce session of grinding,” Mead says. A Sagittarius may love this position, but honestly, so might any Sag, Sag rising, or wannabe Sag.

The trick to making Archers swoon: Just go slow. “Everyone wins with this fun and playful position, and you may find that you have to slow things down before one or the other of you gets a little too excited. Though Sag isn’t a master of this, learning how to pace yourself will ultimately yield the greatest satisfaction.” Geminis, in particular, will help calm that Sagittarian fire thanks to their airiness.

“Sag’s favorite sex position is probably reverse cowgirl, which lets them show off their powerful legs and hips while letting them feel free to move,” explains Mead. The deeper level of stimulation also lets the imagination run wild while the body’s on fire. Remember, Sags are an athletic bunch, so any position that’ll get you two hot and sweaty is ideal for both of you.

6. Take Things Outside The Bedroom

“Everything in a Sagittarius’ life is about adventure, and sex is no exception,” Elisa Robyn, PhD, an astrologer and astrology transitions consultant, tells Bustle. “Expect this sign to want sex in new positions and new places.”

In other words, it may be time for shower sex. But even just getting outside the bedroom and hooking up on the floor, on your desk, or in the car (even when it’s parked in the driveway) can rev up that Sag desire.

Role play can sound intimidating, but it’s not necessarily dressing as a sexy schoolgirl or a cop — unless that turns you both on. Because Sag is so turned on by novelty, try calling your partner ‘sir” or “ma’am” and seeing how that affects them. Create games where they have to ask permission before every touch, or have them try to be silent as you pleasure them. Keeping things new is what keeps Sags interested. (And new doesn’t necessarily mean throwing out the old playbook — it just means adding twists and variations that’ll keep them guessing.)

8. Get Grounded In Their Body

Sags are very grounded in their bodies, and taking away other senses can allow them to really experience the depth of sensations that can occur. Consider using blindfolds or earplugs as a way to explore sensory play and see what works well.

Sags also love experimentation with sensations. Think: ice cubes, gentle pressure, heat or anything else that really allows them to explore different ranges.

This article was originally published on Aug. 6, 2015