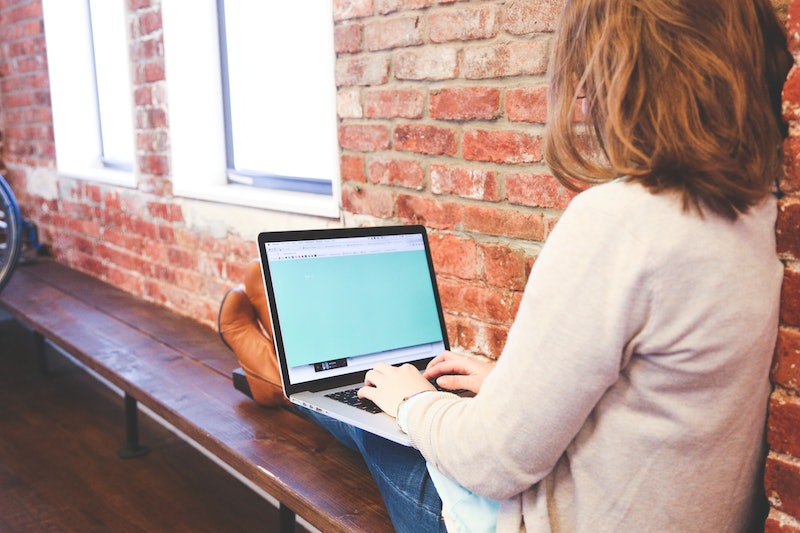 Happy Women's Equality Day! Since its inaugural year in 1971, August 26 has been America's designated day for celebrating and honoring women who have paved the way for equal rights and opportunities, regardless of gender. The date Congress chose for this empowering holiday is no coincidence — on August 26, 1920, the 19th Amendment was incorporated into the Constitution, effectively giving women the right to vote for the first time in U.S. history.

Since then, thankfully, much more progress has been made in terms of gender equality. Women have been to outer space, become CEOs and politicians and neurobiologists and Internet moguls, kicked ass at sports, written moving books, made powerful films and works of art, and achieved countless other incredible, admirable feats. There's no denying that, more than ever before, women are taking over the world, finally making our voices heard while earning the respect and equality we deserve in the process.

So far, 2015 has been a year of many strides for feminism: Social media users called out sexist Instagram policies, a woman made headlines for running a marathon while free-bleeding to raise awareness about period shaming, and 13-year-old Girl Meets World actress Rowan Blanchard perfectly explained the problems with white feminism. It seems that this year has been filled with women from all walks of life sparking the discourse that's necessary to affect change, and, unsurprisingly, many of these conversations happen online.

Since January of this year, mentions of issues pertaining to women's equality are up 60 percent on Twitter compared to the same period of time last year. Though it can certainly be full of sexist trolls, the Internet is also a place for women (and men) to come together and talk about the issues still holding us back from true equality, like the wage gap. Here are six hashtags to browse in order to give yourself (or a loved one) a feminist education today — because Women's Equality Day is the perfect time to have a meaningful conversation about women's issues.

Made most famous by Emma Watson's incredible UN speech last year, HeForShe is a campaign to get men involved in the fight for gender equality, calling for their solidarity and support. Watson noted the all-too-common misconception that feminism is synonymous with man-hating and, unfortunately, it seems many men still feel this way. Being male and a feminist are not mutually exclusive: Matt McGorry is one of the most outspoken male feminists on Twitter, and sets a great example for others hoping to get involved.

The wage gap is undoubtedly one of the biggest issues that feminists are fighting today. Though some people feel the gender wage gap is a myth, the statistics don't lie: Women, historically and today, make less than men for the same jobs, and this gap widens for women of color. The gap may be narrowing, but there is still a long road ahead to ensuring that women are treated and compensated fairly in the workplace. Even comedians like Amy Schumer have spoken out about the wage gap, in the hopes of getting people involved in this crucially important conversation.

This campaign's goal is to implore reporters to ask women on the red carpet — actresses, musicians, athletes, and more — about more than just their outfit, hair, or makeup. When the media treat celebrity women as though their appearance is the only thing of value, it sets an example for those of us in the "regular" world, too. Ask Taylor Swift about her next album, not her next boyfriend. Compliment Demi Lovato on her newfound, healthy confidence, not on her "sexy" new body. On a smaller but no less important scale, you shouldn't solely praise a little girl by telling her she's pretty; instead, tell her she's brave, smart, or funny. A great woman isn't defined by her appearance, after all.

Like decreasing the wage gap, there's still a long way to go before women truly break the "glass ceiling." Hillary Clinton released the No Ceilings report to highlight how much work still has to be done in terms of gender equality, in areas such as education, domestic and sexual violence, unpaid labor, and more. Despite the amount of women in the workforce and in executive offices, there is nevertheless a persistent stigma surrounding being a female boss or hardworking woman. No Ceilings aims to look at the root of all these problems, and put women across the globe on a path to success, equality, and respect.

The #YesAllWomen hashtag sprang into being in 2014 as women's response to the #NotAllMen hashtag that was born after news broke of UCSB shooter Elliot Rodger's misogynistic manifesto. It's true that not all men are misogynists, but more importantly, all womenarevictims of oppression because of their gender. Women took to Twitter to explain instances of everyday misogyny they've experienced — everything from sexual assault to catcalling to degrading remarks at work. It became a safe space for women to have an honest discussion about the prevalence of misogyny, and how harmful that can be to women, emotionally, physically, and mentally.

Well, duh. If you have to start somewhere, looking at all the tweets about feminism is as good an idea as any. Whether you're a man or woman, old or young, black or white, getting involved in the conversation about gender equality is the best way to learn more about what real, intersectional feminism looks like. Don't be afraid to ask questions, voice your doubts, and tell off anyone who is spewing hatred or intolerance. (As always, beware of trolls.)

More like this
How To Fight For Reproductive Rights, Based On How Much Time You Have
By Courtney Young
Sandra Bullock, Girlboss Extraordinaire
By Matt Harkins & Viviana Olen
The Viral TikTok “30,000” Sound Fits Nearly Every Scenario
By Courtney Young
Kris Jenner’s Advice For Kim Kardashian Is Going Viral On TikTok
By Courtney Young
Get Even More From Bustle — Sign Up For The Newsletter