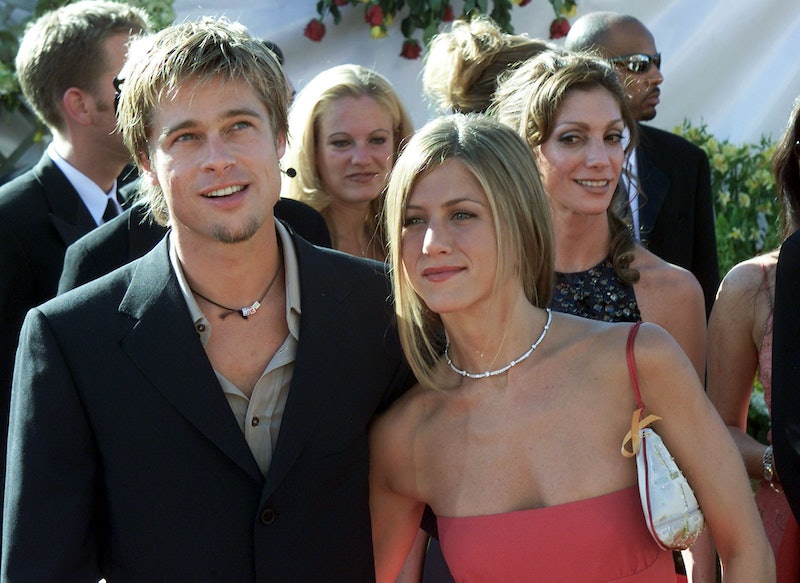 Prom season is upon us, but if your prom was many moons ago in the early 2000s, you might be feeling more than a little nostalgic right now. You're sure to remember the moment you or your BFF made out with your crush, your ridiculously tiny early 2000s purse, and screaming on the dance floor when your favorite early millennium songs were played. Whether you loved or hated school, there was something pretty magical about prom. Heck, the myriad of teen movies including prom scenes are proof of concept. Shout out to She's All That, which, despite its many flaws, arguably featured the most epic choreographed prom dance scene in history.

Although there were many cringe-worthy prom dress trends in the early oughts, the accessories of the time made up for everything the dresses lacked. At the top of the trendy, must-have prom accessories of the early 2000s had to be the teeny, tiny purses we stuffed so full we almost broke them.

Despite the fact that these cute bags couldn't fit much inside them, there's no doubt that they were super chic. Even Jennifer Aniston sported a tiny purse for the 2000 Emmy Awards, possibly kick-starting this early '00s purse trend.

So let's stroll down memory lane together during this year's prom season and take a peek at what we crammed into our teeny tiny purses for the big night.

Deciding which flavor you were going to take with you to prom was a nightmare. You dropped unfruitful hints like mad to your crush, in an effort to discover what their favorite one was — just in case the evening of prom ended in a make-out session. But you ended up having to take an assortment with you nonetheless.

If your barnet wasn't blinging, there was no chance you'd get crowned prom queen. You needed as many of these babies as you could squish into your tiny purse. Luckily they were super small and slid nicely in around all your other stuff.

When your mom was deciding on a new perfume, she went to the mall and came back with a bunch of these awesome mini scent sprays. After she'd decided on her signature fragrance, you were able to swoop in like a vulture and score the leftovers.

The coolest early 2000s mobile phone was probably the pink Motorola Razr. You might have had a bit of trouble fitting it in your little handbag, but it was a necessity you just had to have with you, so you would strategically fit everything else around it.

Maybe you'd started your period or maybe you hadn't, but you took a tampon to prom just in case you got a surprise visit from Aunt Flo. There was no way you were going to end up like Carrie.

There was bound to be a photographer at prom, and if your lips weren't shiny enough to create a starburst from the camera flash, you wouldn't have shone like the other girls. You would have been so unnoticeable that you may as well have been on non-alcoholic punch duty.

Juicy Fruit was the gum to be seen with. It also acted as a way for us to talk to our crushes or the popular girls by kindly offering them a stick.

Wrigley's Extra Thin Ice was the trendiest, mintiest candy around. It was like gum, but instead of chewing a sheet, you let it dissolve on your tongue. If you were seen with this stuff, your peers usually thought you were way mature and you'd automatically climb the social ladder just by whipping some out at prom.

Depending on when you got your first job and whether or not you received an allowance from your parents, you might not have been able to amass a large collection of designer nail polishes — or makeup in general — during your school years. However, Sabrina's Secrets Magazine was your beauty bible and each issue came with a free hair or makeup item for you to store in a glittery, purple box. Everything about your appearance had to be on point for prom, including your nails, so you had to take your polish on the night of in case you accidentally chipped your mani.

11. Hair Mascara That Matched Your Dress

The aim of the prom game was to make your hair as eye-catching as possible. For many, this included wearing a menagerie of hair jewels and gems and finishing their bouffant off with a few random streaks of hair mascara. We basically wanted our manes to resemble a decadent magpie nest.

No matter what you crammed into your tiny purse, chances are you forgot all about its contents because you were too busy losing your mind over Britney's "I Love Rock 'n' Roll."

More like this
Here Are All 703 Outfits Rachel Wore On Friends
By Kat George
Dua Lipa On YSL Beauty, Plus Her Fearless Approach To Hair & Makeup
By Erin Stovall
12 New Year's Nail Ideas That Are Truly Stunning
By Jordan Murray
The Very Best Deals From Ulta's Massive Black Friday 2022 Sale
By Audrey Noble
Get Even More From Bustle — Sign Up For The Newsletter