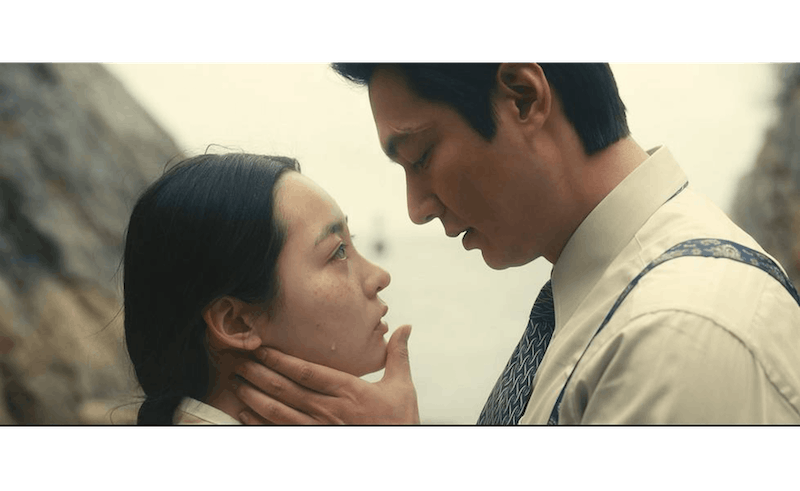 Korean dramas know how to hook fans. Whether it’s cheesy romcoms or thrillers with high death tolls like Squid Game and the latest craze, Hellbound, K-dramas keep breaking Netflix’s viewership records. As other major platforms are following suit and even filming American versions of Korean classics (Train To Busan and Crash Landing On You are apparently being westernized), another highly-anticipated drama based on a best-selling novel will be coming to a streaming service near you in March.

In 2019, Deadline reported that Apple TV+ was adapting the 2017 sophomore book by Min Jin Lee, Pachinko. The story follows four generations of a Korean immigrant family through Korea, Japan, and the U.S. during the Japanese Occupation, World War II, and after. It’s a harrowing take on racism, imperialism, and immigration wrapped in a forbidden love story. While Lee will serve as co-producer, Soo Hugh (The Terror) will be writing the eight-episode series. Here’s everything to know about Pachinko, including its star-studded cast, how the show diverts from the book, and the official trailer.

How Does Pachinko’s Plot Differ From The Book?

The ambitious three-part epic follows the story of Sunja, a Korean daughter of modest business owners, as she marries, gives birth, and immigrates to Osaka during geopolitical turbulence in Korea. Her story is both riveting and heartbreaking. Sunja falls in love with Koh Hansu, a wealthy, Japanese-adopted Korean, who impregnates her before revealing he’s married. After learning about her complicated situation, a kind minister, Baek Isak, marries her, and they immigrate to Japan to live with Baek’s brother Yoseb and sister Kyunghee.

By Part II, she has two sons — Noa, her child with Hansu, and Mozasu, with Isak. Unfortunately, Isak is imprisoned and, to support their household, Sunja and Kyunghee start selling kimchi. After the war, which briefly derails their lives, Noa finishes school while Mozasu works at a pachinko parlor (similar to slot machines) to help with finances at home. He marries young, and his son, Solomon, is born.

Mozasu becomes the owner of pachinko franchises (typically frowned upon) and grows wealthy. He never remarries, but he lands him a girlfriend named Etsuko, who has a troubled daughter named Hana. Meanwhile, Noa, who finds out the identity of his father and his ties with Japanese crime syndicates, disowns the family and leaves. When Sunja reconnects with him decades later, he commits suicide.

How closely the plot will follow the novel is unclear, especially with the author on board. According to the IMDB episode listings, though, it seems like other characters will be highlighted in the series. Hana, specifically, seems to have more of a presence than in the novel. It’s possible the series will use a flashback format and be told through the lens of the fourth generation Baeks in America.

Minari Oscar winner Youn Yuh-jung as Sunja was one of the first actors announced to join the cast of the period drama. Kim Min-ha will play a young Sunja. It’ll be her first acting role after a short in 2020.

Lee Min-ho also made waves when he was cast as Sunja’s love interest, Hansu. The actor, who has been a K-drama leading man since his 2009 hit show Boys Over Flowers, talked about his nerve-racking audition experience. “It’s been about a decade since I auditioned,” he told GQ Korea via Soompi, adding, “I felt very pressured about having to do well. I was really nervous and excited, and I was really happy when I got the part.” In the series, he reunites with his The King: Eternal Monarch co-star Jung Eun-chae, who plays Kyunghee.

Mari Yamamoto (Kate), who plays the troubled Hana, has the most episode appearances, according to IMDB. So it’s likely that the story will revolve around her and Solomon (Jin Ha of Devs). Yu Matsushita (The Flash), Martin Martinez (Never Have I Ever), and Yoshio Maki (The Runaways) are set to play new characters, like newscaster Angelo and Katsu Abe, with multi-episode arcs.

Baek Isak and Mozasu will be played by Steve Sang-hyun Noh (Sense8) and Soji Arai (Cobra Kai). While Yoon Seo-ho, Anna Sawai, Inji Jeong, Maddy Hillis, Kaho Minami, and Felice Choi round out the rest of the cast.

The series was originally set to premiere in late 2021, but like most projects these days, the release was delayed. On Jan. 26, the global release date was finally announced alongside the show’s first look images. Pachinko’s first three episodes will be available on March 25, 2022, on Apple TV+ in three languages — Korean, Japanese, and English. Each succeeding episode will be released weekly after that, every Friday, until April 29, 2022.

Apple TV+ finally released the official trailer on Feb. 23, and the two-and-a-half-minute video will hopefully tide you over ’til March. “A child is coming. She will thrive. And through her, a family will endure,” a voice narrates as the protagonist Sunja is introduced in clips. Fans see her from birth to present-day as an elderly grandmother (Youn), immediately establishing the scale of the series. Viewers see more of the “epic family saga” in fragmented, flashback moments, including Sunja’s teenage love affair with the gangster Hansu (Lee), her immigration to Japan, selling kimchi at a train station, and moments with her growing family. “Every choice changes us. Every sacrifice defines us. Every generation connects us,” the trailer declares. It trailer also covers present-day tensions plaguing the family when Sunja’s grandson Solomon (Ha), who moved to the U.S., is told, “People like us, we don’t need to walk in our families’ shadows.”

This post will be updated as more details about Pachinko are released.

More like this
Netflix Shut Down 'Bridgerton' S3 Rumours About A “Very Dark” Storyline
By Bustle
Everything To Know About The 'Daisy Jones & The Six' TV Series
By Maxine Harrison and Brad Witter
'The Crown' Season 6 Has Suspended Filming "Out Of Respect" For The Queen's Death
By Bustle Staff
The Song At The End Of 'The Last Of Us' Ep 1 Has A Deeper Meaning
By Sophie McEvoy
Get Even More From Bustle — Sign Up For The Newsletter
From hair trends to relationship advice, our daily newsletter has everything you need to sound like a person who’s on TikTok, even if you aren’t.

This article was originally published on Dec. 23, 2021