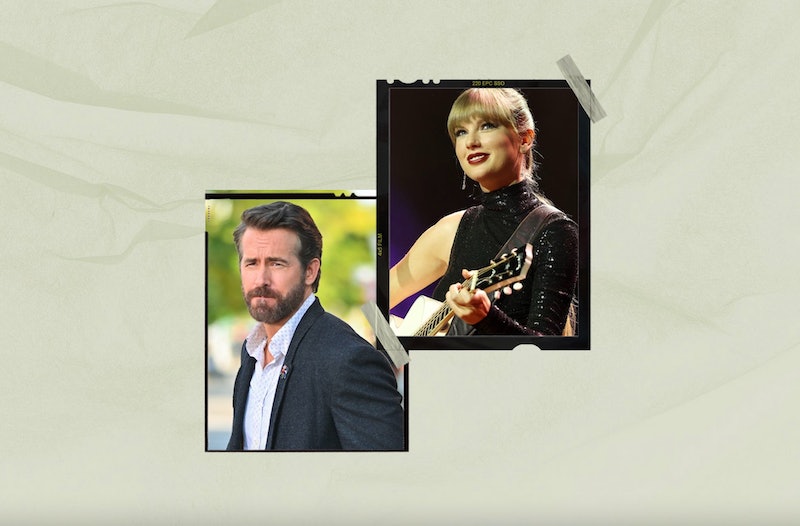 Taylor Swift’s latest Easter egg has arrived in an unexpected place: Ryan Reynolds’ Deadpool 3 announcement video. On Sept. 28, Reynolds revealed that Deadpool 3 was in the works and that Hugh Jackman would surprisingly be part of the movie to reprise his role as Wolverine. However, Swifties who watched the teaser recognized the house Reynolds was in all too well.

Yes, Reynolds shot his video in the same location as the All Too Well: The Short Film, which Swift released in November 2021 as part of Red (Taylor’s Version). In the clip, Reynolds is sitting on a couch with a bookshelf and staircase in the background. The details are eerily similar to the bookshelf and staircase seen in Swift’s music video. The wallpaper and refrigerator in the kitchen Reynolds stands in (pouring his Aviation gin, of course) also will bring Swifties back to “the kitchen in the refrigerator light,” where Dylan O’Brien and Sadie Sink danced (and we cried).

If these clues weren’t enough, Reynolds’ wife Blake Lively also shared several pictures a week prior. The second-to-last photo in the Instagram carousel shows her and Reynolds posing in front of a stained-glass window that is also part of the music video. This stained-glass window is right by the banister Sink hangs the infamous red scarf.

It’s also worth mentioning that the forest Reynolds walks through is also reminiscent of the pictures used for Swift’s folklore album cover. Fans were quick to piece together why the house Reynolds sat in was so familiar, and naturally became obsessed with the connection. Many were not fine at all and started to wonder if he and Lively live in the All Too Well house.

This Reynolds-Swift connection may not be super surprising but has come in a less-obvious place than other Easter eggs have. Swift has been good friends with Lively for years — even mentioning Lively and Reynolds’ daughters in the song “betty.” Lively also made her directorial debut with Swift’s music video for “I Bet You Think About Me.”

The big question remains: Is this merely a coincidence? Or do the musician and actors have something brewing in the Marvel Cinematic Universe? This will be on our minds while we wait for Midnights to drop on Oct 21.

More like this
The 'Love, Lizzo' Harry Styles Scene Is Just 1 Moment That Made Fans Feel Seen
By Brad Witter
Olivia Wilde & Harry Styles Are Reportedly "Taking A Break" After Almost 2 Years
By Jake Viswanath and Radhika Menon
Blake Lively's Reaction To Ryan Reynolds' Dance Video Was Pure Thirst
By Stephanie Topacio Long
Britney Spears Celebrated Her Birthday With Loving Messages To Jamie Lynn & Her Sons
By Brad Witter
Get Even More From Bustle — Sign Up For The Newsletter