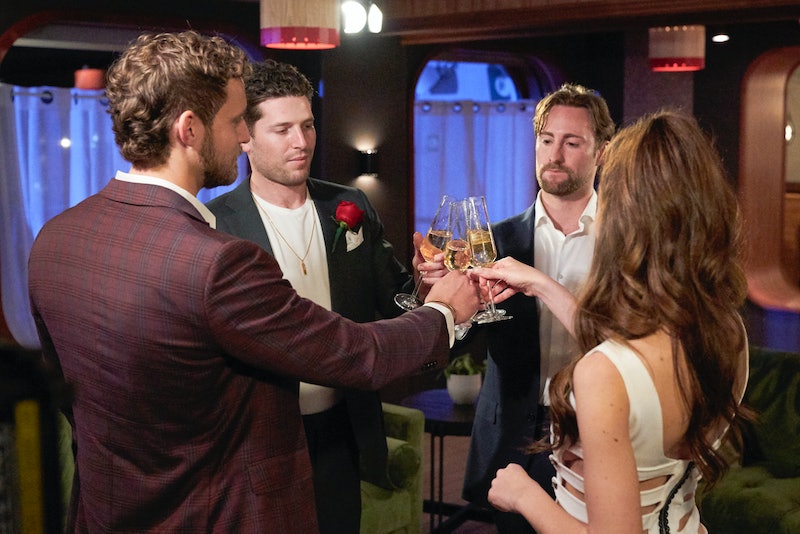 The current season of The Bachelorette has been a game changer in more ways than one. First, and most obvious, was the decision to cast two leads at the helm. Then, there was the Week 3 rose ceremony, where the men had to decide between committing to pursue Gabby or Rachel. But in Episode 6, which aired on August 15, we had perhaps the biggest head-scratcher of the season, thanks to Gabby’s decision to enter Hometowns week with three contestants instead of four.

Gabby started Week 6 with six suitors to choose from, including Logan Palmer and Nate Mitchell. However, she started eliminating men from the start of the episode, beginning with a very emotional break-up with Nate during their one-on-one date. Gabby let Nate go before Hometowns because she wasn’t ready to meet his daughter and make the kind of commitment a stepdaughter would need. Meanwhile, after Logan had made his switch from Rachel to Gabby, he got hit with a deeply unfortunate stroke of bad luck. Midway through the episode, host Jesse Palmer told Gabby that Logan tested positive for COVID-19 and would be unable to continue appearing on the show. With two guys out of the running, that only left four men on Team Gabby, and fans wondered if she would send any more home.

Why Did Spencer Go Home On The Bachelorette?

By the time of the Week 6 rose ceremony, Gabby’s team was made up of Spencer, Johnny, Erich, and Jason. Because Logan’s COVID situation resulted in a precautionary cancellation of the episode’s cocktail party, the remaining four guys could not secure more time with Gabby before the pivotal rose ceremony. After thinking of all the guys she had left, Gabby decided she only wanted to move forward with selecting three men for her hometown dates. The cards were stacked against Spencer, who of the four contestants left was the only one not to have a one-on-one date with Gabby. Without that opportunity to establish a strong connection, Spencer was unsurprisingly sent home but not before telling Gabby that she had “a great group of guys left.”

Who Are Gabby’s Bachelorette Hometown Dates?

Johnny, Erich, and Jason received the coveted Hometown roses from Gabby. It’s the first time in recent memory where a Bachelorette’s would-be final four was actually a final three. Kaitlyn Bristowe’s season in 2015 was the last time there was a cycle where a Bachelorette was slated to meet just three families. But while Kaitlyn’s production was forced to remain in Ireland, Gabby will be making her way around the U.S. She’ll be heading to North Palm Beach, Florida to meet Johnny’s family and then New Orleans, Louisiana to meet Jason’s family. She will also go to Bedminster, New Jersey to go to Erich’s hometown. As any Bachelor fan knows, meeting the family can go any which way, and with only three guys left, Gabby is bound to learn a whole deal more about her potential future fiancé.

More like this
Erich Addressed His Text Message Scandal & Twitter Is Divided
By Kadin Burnett
So... When Are Gabby & Erich Getting Married?
By Kadin Burnett
All The Clues About Gabby & Erich's Relationship After 'The Bachelorette' Finale
By Kadin Burnett
Here's What Happened After Rachel & Aven Left The 'After The Final Rose' Stage
By Grace Wehniainen
Get Even More From Bustle — Sign Up For The Newsletter