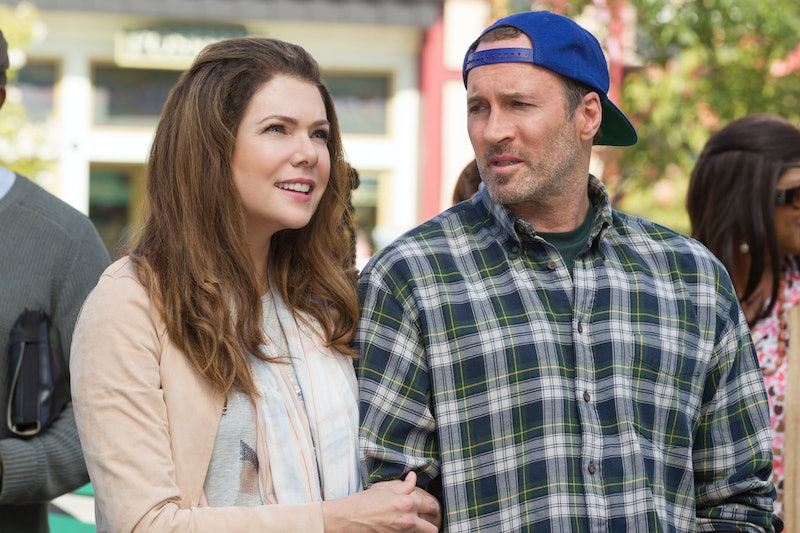 Fall is almost here, which means many comfort TV lovers will be flocking to Gilmore Girls in the weeks ahead — either for a familiar rewatch, or a first-time viewing of the cozy, small-town drama. If that sounds like you, you’re in some good company. Scott Patterson, who played Luke on Gilmore Girls for seven seasons (and the show’s 2016 revival), is actually watching the show for the first time for his I Am All In podcast — the title, of course, being a reference to one of Luke and Lorelai’s most iconic relationship moments.

Patterson is currently in Season 3 of his viewing — and while that season is known for plenty of fun plotlines (Jess! The dance marathon! Rory’s pivot to Yale!), it actually featured one scene that the podcast host finds “infuriating.”

In the Aug. 22 installment of his podcast, Patterson reflected on Episode 19, specifically: “Keg! Max!” A refresher: while Rory and Jess prepare to attend that disastrous house party, Luke fixes the stove at the inn — and Lorelai and Sookie discuss his butt. Sookie says she accidentally touched him while checking Luke’s work, telling Lorelai “it’s got a nice shape to it.”

Luke asks the women to stop talking about it, saying it’s “in bad taste,” after Lorelai tries to assure him “it’s all positive.”

Like his character, Patterson wasn’t a fan of the scene. “I realized it wasn’t OK, and it didn’t make me feel comfortable at all,” he said. “It made me feel really embarrassed actually. It’s infuriating to be treated that way — it is infuriating. Because you’re being treated like an object. And it’s disturbing, and it’s disgusting, and I had to endure that through that entire scene and many takes.”

In addition to his disdain for filming the scene, Patterson took issue with the script that put it there. “This is how the creator of that show sees that character,” he said. “That you can humiliate him and take away his dignity that entire scene and that’s OK.”

Even outside of filming, “people were still talking about the butt, the butt, the butt,” Patterson explained. “It was the most disturbing time I have ever spent on that set. And I couldn’t wait for that day to be over.”

Such was Patterson’s disappointment, that he was no longer sure about his place on the show. “I really questioned why I was doing the show at the time,” he continued. “I was like, ‘What am I involved with here?’”

Patterson isn’t the only person to call out elements of Gilmore Girls in recent years — from its share of problematic body-shaming moments to its approach to diversity (or lack thereof). Keiko Agena, for example, opened up about how her perspective of Lane Kim has changed over time, telling Entertainment Tonight last year that she “[wishes] something better for her” today.

“She did everything for everybody else,” she said during the outlet’s “Conversation of Culture” panel. “She was very subservient to her mom, and she became a wife and a mother very early, and she was the best friend ... It would be nice when we can have leads and three-dimensional characters and whole families of Asian descent for the general public.”

More like this
At 28, Debra Jo Rupp Was Living A Much Different '70s Show
By Grace Wehniainen
Here’s Why Danny Masterson’s Hyde Isn’t In 'That '90s Show'
By Brad Witter
Here’s Everything Coming To & Leaving Netflix In February
By Jake Viswanath
Raven-Symoné Addressed Fan Pushback To Her Name's Actual Pronunciation
By Stephanie Topacio Long
Get Even More From Bustle — Sign Up For The Newsletter
From hair trends to relationship advice, our daily newsletter has everything you need to sound like a person who’s on TikTok, even if you aren’t.