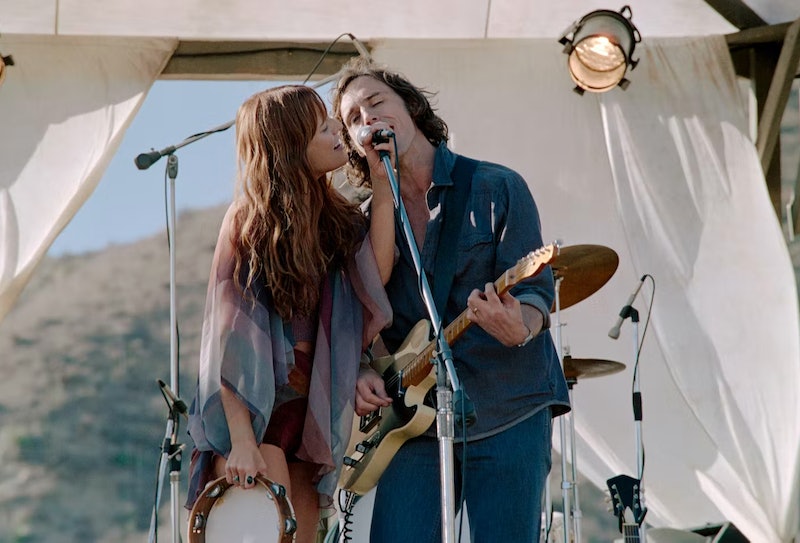 After a wait of four years, fans of Daisy Jones & The Six will finally see the beloved story hit the small screen. Based on the hugely popular novel by Taylor Jenkins Reid — who also wrote BookTok sensation The Seven Husbands of Evelyn Hugo — the upcoming TV adaptation follows the tumultuous rise and fall of a rock band in the ‘70s, and their tell-all decades after quitting the scene. But how can UK viewers watch the hotly anticipated series?

Produced by husband-and-wife team Scott Neustadter and Lauren Levy Neustadter, Daisy Jones & The Six will premiere on Amazon Prime Video on Mar. 3, 2023, with new episodes to be released weekly on Fridays, until Mar. 24.

Because the shooting schedule was suddenly halted by lockdown, Claflin revealed to Vanity Fair that the cast practised as a band through online music lessons and weekly Zoom sessions. “By the time we got back out to Los Angeles June of last year, I think we were all so pumped and so excited to see one another — and we’d all improved so massively musically — that we then immediately just sort of gelled as a band.”

Often mistaken as a retelling of rock band Fleetwood Mac’s story, The Six is in fact a fictional band, though the book and series bring them to life so vividly they might as well be a real musical act. The 10-episode series will feature original music by songwriters Blake Mills and Tony Berg, with some tracks using lyrics from Reid’s novel. The cast themselves — including Keough, who is Elvis Presley’s granddaughter — perform the songs with collaborators such as Phoebe Bridgers, and the soundtrack will be released as an actual album as well.

It’s not too late to read the original novel before streaming the series in 2023, but in the meantime, watch the trailer below.

More like this
Everything To Know About The 'Daisy Jones & The Six' TV Series
By Maxine Harrison and Brad Witter
Yes, 'The Price Of Glee' Is Available To Watch In The UK
By Catharina Cheung
The Song At The End Of 'The Last Of Us' Ep 1 Has A Deeper Meaning
By Sophie McEvoy
'Magpie Murders' S2 Will Include A *Major* Shake-Up
By Sophie McEvoy
Get The Very Best Of Bustle/UK
Sign up for Bustle UK's twice-weekly newsletter, featuring the latest must-watch TV, moving personal stories, and expert advice on the hottest viral buys.