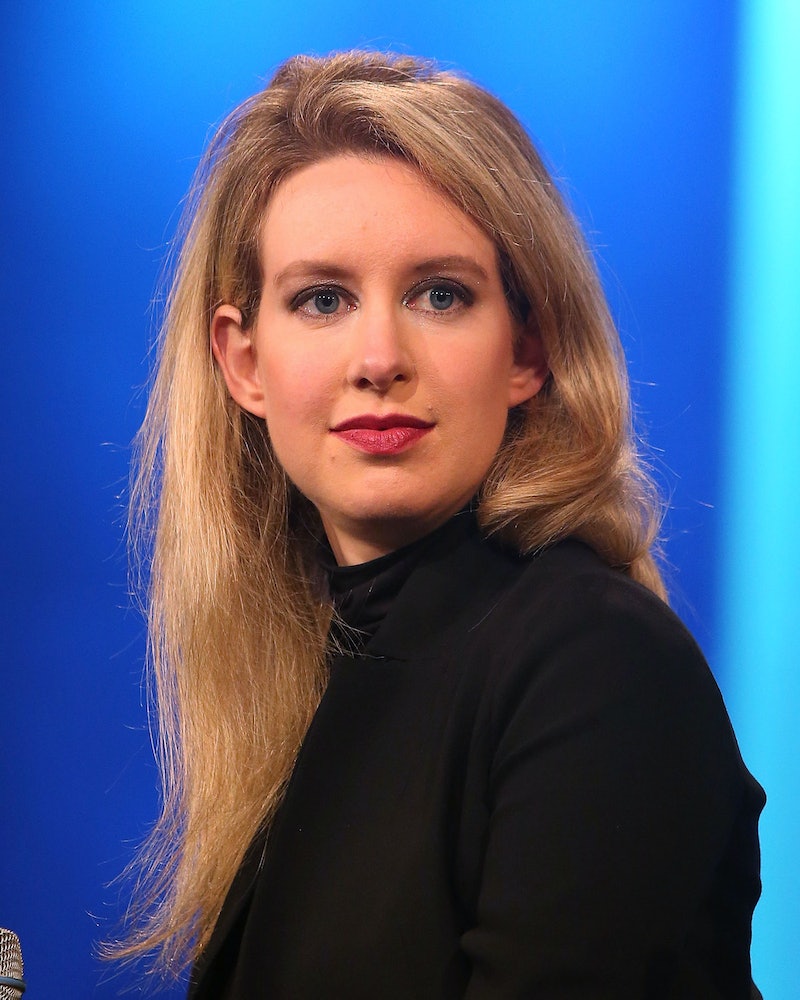 With inaugural Golden Globe and Oscar nominations under her belt for her portrayal of Marion Davies in David Fincher’s Mank, 2021 was a major success for Amanda Seyfried — and she’s showing no signs of stopping. On March 29, Deadline revealed that she’d star as Elizabeth Holmes in Hulu’s forthcoming series The Dropout, based on the ABC News/ABC Radio podcast of the same name. Here’s everything we know about the limited series, pending details on the wardrobe department’s black turtleneck budget:

Set to tell the story of Holmes’ infamous failed healthcare startup Theranos, Seyfried replaces SNL’s Kate McKinnon, who was set to take on the role but exited the project in February 2021 for unknown reasons. Seyfried will also co-produce the Disney Television Studios’ 20th Television and Searchlight series. On March 30, The Hollywood Reporter revealed that Lost alum Naveen Andrews will star alongside Seyfried in the Hulu series. The actor will play Sunny Balwani, Holmes’ Theranos business partner as well as her secret boyfriend throughout the events set to unfold in The Dropout.

The series will focus on the rise and fall of Holmes, a Stanford dropout who launched Theranos, a medical testing company that claimed to only require a tiny drop of blood for its seemingly-groundbreaking diagnostics system. Once valued as a multi-billion dollar operation, Theranos came crashing down as it was revealed the technology allegedly didn’t work, and thousands of people’s health was reportedly irresponsibly endangered. Holmes, at one point viewed as a Silicon Valley genius among the likes of Steve Jobs, went from the youngest self-made female billionaire to a disgraced alleged scammer very quickly, which will all play out in The Dropout.

The Dropout Release Date And Trailer

When McKinnon was attached to the project, the expected The Dropout release date was fall 2021. But after the casting switch, the new release date is Thursday, March 3, 2022, with three episodes set to premiere. Hulu released the first images of Seyfried as Holmes in December.

The streaming platform released the series’ first official trailer on Feb. 7, offering viewers a look into the rise and fall of Theranos as well as the debut of Seyfried’s faux deep voice, which we must say is impeccably similar to Holmes’. “What if you could test your blood in your own home, and what if it wasn’t a whole vile, but just a drop?” she asks in the trailer. “Together, we’re making healthcare accessible to everyone in this country.”

Elizabeth Holmes Documentaries To Watch Before The Premiere

Other producers attached to the Hulu series include Elizabeth Meriwether — who previously created New Girl and will also act as showrunner on The Dropout — Liz Heldens, Liz Hannah, Katherine Pope, Rebecca Jarvis, Victoria Thompson and Taylor Dunn. Aside from the podcast that directly inspired the series, numerous other projects have explored the story of Theranos’ demise. In 2018, Wall Street Journal reporter John Carreyrou penned a New York Times bestselling book titled Bad Blood: Secrets and Lies in a Silicon Valley Startup, which helped spark interest in Holmes’ story on a large scale. The following year, HBO released a documentary titled The Inventor: Out for Blood In Silicon Valley that further chronicled Holmes’ company. A Nightline documentary on the company’s fall was also released, and a film adaptation of Bad Blood is currently in the works starring Jennifer Lawrence as Holmes.