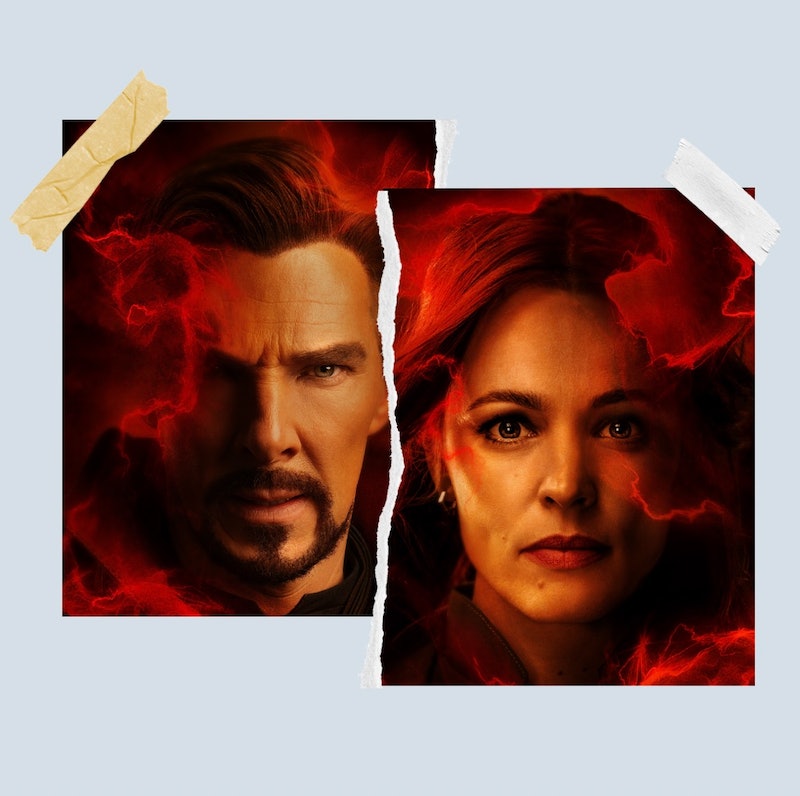 Sometimes, onscreen characters leave indelible marks with iconic quotes that make viewers feel all the feels and get co-opted into our vernacular. Like when Bridgerton’s viscount said, “You are the bane of my existence and the object of all my desires” to his betrothed’s sister in Season 2, or when the typically glib Tony Stark, aka Iron Man, uttered “I love you 3000” in Avengers: Endgame. Now, another leading Marvel man has added to the lexicon of iconic film lines, and it came from an unlikely source too: Marvel’s Doctor Strange, the aloof conjurer played by Benedict Cumberbatch.

In Doctor Strange in the Multiverse of Madness, the sequel to 2016’s Doctor Strange that premiered on May 6, Stephen Strange travels through multiple dimensions to keep Scarlet Witch (Elizabeth Olsen) from stealing America Chavez’s (Xochitl Gomez) powers for evil. But while unseen-before effects and ghastly villains plague Stephen and America in some of the most haunting visuals the MCU has ever seen, there was another plotline that had viewers hooked — the tragic love story between Stephen and Christine Palmer (Rachel McAdams).

Spoilers ahead for Doctor Strange 2: Stephen and Christine were hospital coworkers who used to date. She even operated on Stephen when he got into a car accident and lost the ability to use his hands. Unfortunately, they broke up after he became a powerful conjurer. But it seems like his feelings never changed. In Doctor Strange 2, he meets Sinister Strange, his evil counterpart from a different universe, who turned evil because he couldn’t find a dimension where he could end up with Christine from any universe. In a very vulnerable moment near the end of the latest Marvel movie, Doctor Strange from Universe 616 (Earth) finally admits his feelings for Christine from Universe 838 and poetically tells her, “I love you in every universe.”

The quote is making waves on Twitter, with some dubbing it the new greatest line in the MCU.

Some Marvel fans thought the line was just as magical as Stark’s iconic line. User @1wanderingchild wrote, “‘I love you in every universe’ is the equivalent of ‘I love you 3000’ and I’m here for it.”

While others thought it was even better.

Many viewers who watched the film were not OK after seeing that quote from Michael Waldron’s script. It hurts even more for MCU fans who know that as a Master of the Mystic Arts, Strange’s gift includes the ability to see into an infinite number of timelines and dimensions. So when he says he loves Christine in every universe, he actually means it.

One user wrote, “‘I love you in every universe’ i fell to my knees at the theatre it had me screaming shaking crying throwing up punching the walls passed out.”

Other users couldn’t help but imagine what it would actually look like to have Doctor Strange and Christine be together in every (Hollywood) universe with visual aids using McAdams’ former movie posters. Believable.

It’s another Marvel line for the books. To quote user @stevestarkss, “If it’s not ‘I love you in every universe,’” then we don’t want it.

More like this
Who Are The 6 Illuminati Heroes in 'Doctor Strange 2'?
By Grace Wehniainen
Wait, Did Wanda Die In 'Doctor Strange And The Multiverse Of Madness'?
By Arya Roshanian
Elizabeth Olsen Is Better Off Without Us
By Chloe Foussianes
The 'Thor: Love and Thunder' Trailer Finally Shows Christian Bale As Villain Gorr
By Grace Wehniainen
Get Even More From Bustle — Sign Up For The Newsletter