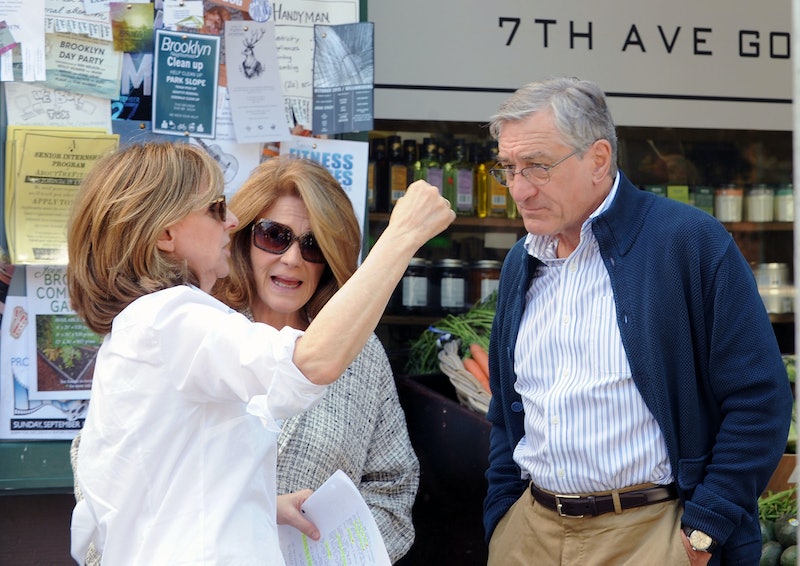 Nancy Meyers’ appeal spans generations. Gen Z owes TikTok’s “coastal grandma” aesthetic to her films’ protagonists, millennials were practically raised by The Parent Trap, and Gen X and boomers resonated with feel-good rom-coms It’s Complicated and Something’s Gotta Give. An ensemble comedy legend, Meyers has written and directed instant classics from Father of the Bride to The Holiday. After a seemingly long hiatus, Meyers is returning to film in a buzzy partnership with Netflix.

On April 5, Deadline reported that Meyers is finally bringing her signature aesthetic and comedic know-how to the streaming platform. The last film she worked on was The Intern in 2015 with Anne Hathaway and Robert De Niro. And while she directed a short film as a pandemic project (Father of The Bride Part 3 in 2020 to benefit World Central Kitchen), another Meyers full-length feature has been a long time coming. There are barely any details about what she’ll be working on, but here’s everything we know about Meyers’ exciting new movie, including what elements we can expect and who she might cast.

What Will It Be About?

The still-untitled film will be an “ensemble comedy,” though the ensemble is currently unknown. Meyers has worked with Hollywood heavyweights in the past, including Meryl Streep, Diane Keaton, Kate Winslet, Cameron Diaz, Keanu Reeves, Jack Nicholson, and Steve Martin, and she has been known to work with repeat actors. (Keaton is somewhat of a Meyers muse.) Should she dip into her pool of trusted celebrities, expect to see a stellar cast. The permutations are promising!

We know at least one fan who’ll be glad to work with her again. Hathaway famously auditioned for Meyers three times before landing her Intern role opposite De Niro. “I just wanted to be in a Nancy Meyers movie,” the actor told People in 2015.

Fans can also expect some classic Meyers elements to stage their much-awaited comebacks, particularly her female-centric plotlines and ultra-cozy aesthetic. Her immaculate sets (i.e., the clean, bright kitchen counters) are vision board-worthy, so expect viewers to be as excited for the film’s kitchens as much as the plot.

When Is The Release Date?

Since the film is yet to be cast, it looks like fans will have to wait a while before the movie drops.

This post will be updated as soon as more details about the film are released.