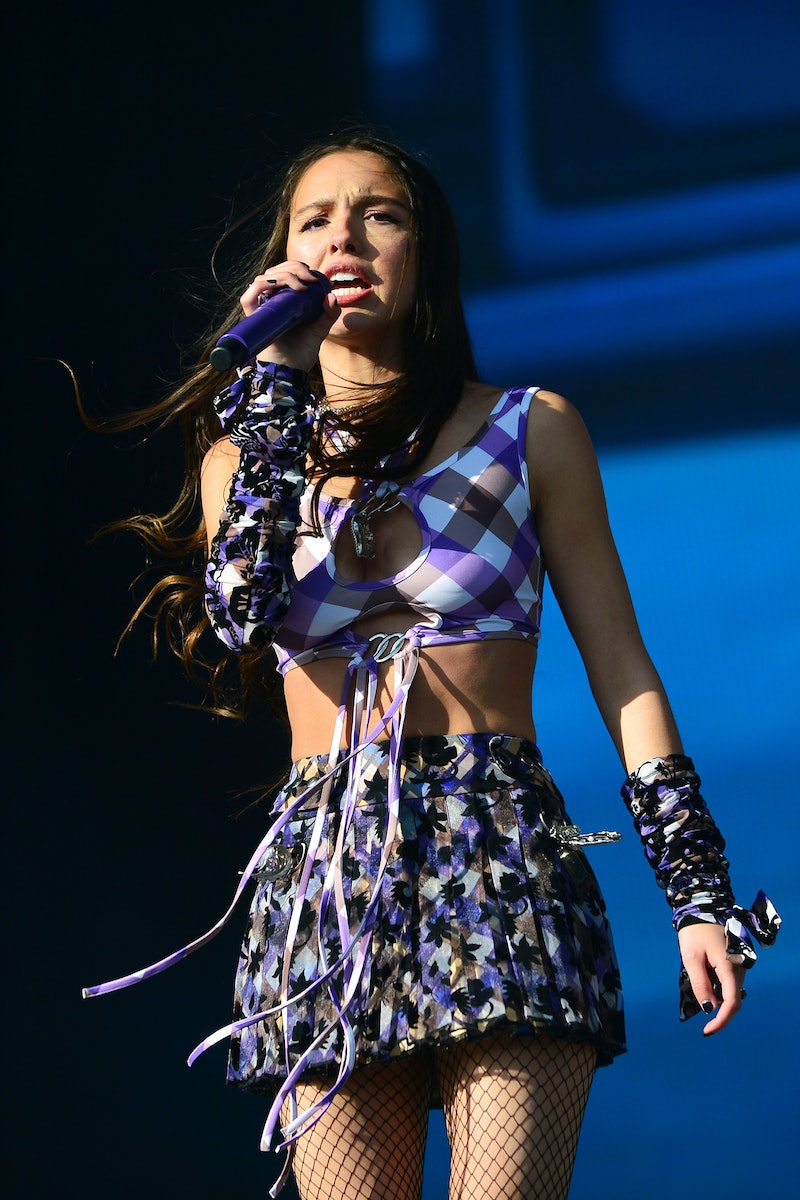 Nearly 50 years after Roe v. Wade protected the right to an abortion in America, and 30 years after Planned Parenthood v. Casey upheld that right, the United States Supreme Court overturned both landmark decisions on June 24. Abortion rights advocates quickly condemned the reversal — with many celebrities voicing their devastation, too. Michelle Obama said she was “heartbroken,” while Taylor Swift agreed that she was “absolutely terrified” by the new ruling. Lizzo said she would donate $500,000 from her tour to Planned Parenthood and the National Network of Abortion Funds, with Live Nation matching her pledge for a total of $1 million. And on June 25, Olivia Rodrigo shared her own criticism of the Dobbs v. Jackson Women’s Health Organization decision — from the Other Stage at Glastonbury Festival in England.

Rodrigo welcomed surprise guest Lily Allen onstage to perform a song together — but not before dedicating a message to the Supreme Court. Though the “Good 4 U” singer said singing with Allen at the famed music festival was “the biggest dream come true ever,” she said she was “equally as heartbroken” by the June 24 ruling. “I’m devastated and terrified. So many women and so many girls are going to die because of this. And I wanted to dedicate this next song to the five members of the Supreme Court who’ve showed us that, at the end of the day, they truly don’t give a sh*t about freedom,” she said, referencing the judges who ruled against Roe. “This song goes out to the justices Samuel Alito, Clarence Thomas, Neil Gorsuch, Amy Coney Barrett, and Brett Kavanaugh. We hate you.”

“We hate you,” Allen agreed, making her feelings clear with double middle fingers for the justices. And the track they ultimately — fittingly — sang together? Allen’s 2009 song, “F*ck You,” which she originally penned as a political message to George W. Bush.

The day after her Glastonbury set, Rodrigo continued the conversation on her Instagram story — including a May video of New York Sen. Kirsten Gillibrand calling the then-looming end of Roe v. Wade “barbaric” and “inhumane.” She also reposted Obama’s June 24 message, and shared a link to AbortionFinder.org, a directory of verified abortion service providers throughout the country.

You can support abortion access online, too — such as donating to abortion funds in states with trigger laws (i.e., bans designed to be enacted in the event of Roe’s reversal). You might also want to follow abortion advocates on social media, or learn about protecting your own digital privacy in a post-Roe landscape. And if you need an anthem to express your emotions right now? “F*ck You” is ready for you.