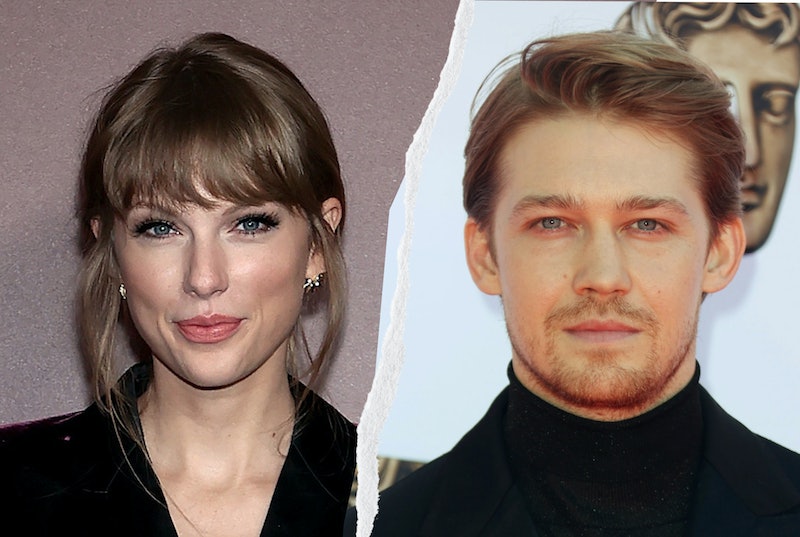 Many people are big Sally Rooney fans, Taylor Swift included, and not just because her rumored fiancé Joe Alwyn is one of the leads in the TV adaptation of Rooney’s debut novel. Following the success of Normal People, Rooney’s sophomore novel adapted onscreen, Hulu and BBC Three announced in February 2020 that they would also be adapting her 2017 book Conversations With Friends for streaming consumption. Fans of the book are aware that Rooney is known to write a sexy scene or two — Normal People definitely had its fair share of risqué moments — but Alwyn isn’t worried about Swift’s reaction to his bedroom scenes. While Alwyn typically keeps mum about his private life, but he couldn’t help but share how supportive Swift is in an interview with Extra.

While talking about the show’s intimate moments, the interviewer asked Alwyn whether he would need to warn Swift about certain scenes. “I mean she’s read the book, and she loves the book, so she knows it,” he replied. “She just like couldn’t be a bigger fan of the project.” She has also publicly supported him, even liking his Instagram posts sharing the racy trailer. The series, which will premiere on May 15, follows the story of college students Frances (Alison Oliver) and Bobbi (Sasha Lane), ex-lovers-turned-best friends whose friendship will be put to the test when Frances meets Nick (Alwyn). He’s married to Melissa, played by Girls star Jemima Kirke, but begins a steamy affair with Frances. Melissa finds herself involved with Bobbi, complicating things further.

Speaking more about his turn as the “pretty fragile and sad” unfaithful character in the series, Alwyn said, “It was interesting playing [Nick] because it’s only over time that those layers are kind of peeled back.” He added that in the “modern love story,” Nick is “brought back into the world” after Frances helps him find those “impulses that were otherwise asleep.”

For the sensual sequences (peep some in the trailer), Alwyn and his co-star Oliver worked with an intimacy coordinator. “You go through like a lot of rehearsal and kind of in depth conversations about the intimate scenes and kind of what story we're trying to tell,” Olivers said. “Hopefully, each intimate scene feels different or there’s some kind of progression in their relationship.”

As a self-proclaimed Rooney fan, Swift more or less knows what to expect from her boyfriend’s onscreen character. In Entertainment Weekly’s May 2019 issue, Swift shared a list of her pop culture influences and included the Irish author in her shortlist. “I really like her book Conversations With Friends,” Swift said. “I like the tone she takes when she’s writing. I think it’s like being in somebody’s mind.” As a storyteller whose lyrics also make fans feel the same way, Swift can likely relate to Rooney’s way with words all too well. Game recognizes game.

More like this
Kourtney Kardashian Broke Her Engagement Ring & Cried In Her Closet For Hours
By Jake Viswanath
Scott Disick’s First Time Around Kravis Was “Awkward,” To Say The Least
By Jake Viswanath
Joe Alwyn Reacts To Taylor Swift Earning An NYU Doctorate In A Rare Interview
By Jake Viswanath and Nicole Pomarico
Conversations With Friends' Endometriosis Scenes Are As Brutal As It Gets
By Ivana Rihter
Get Even More From Bustle — Sign Up For The Newsletter