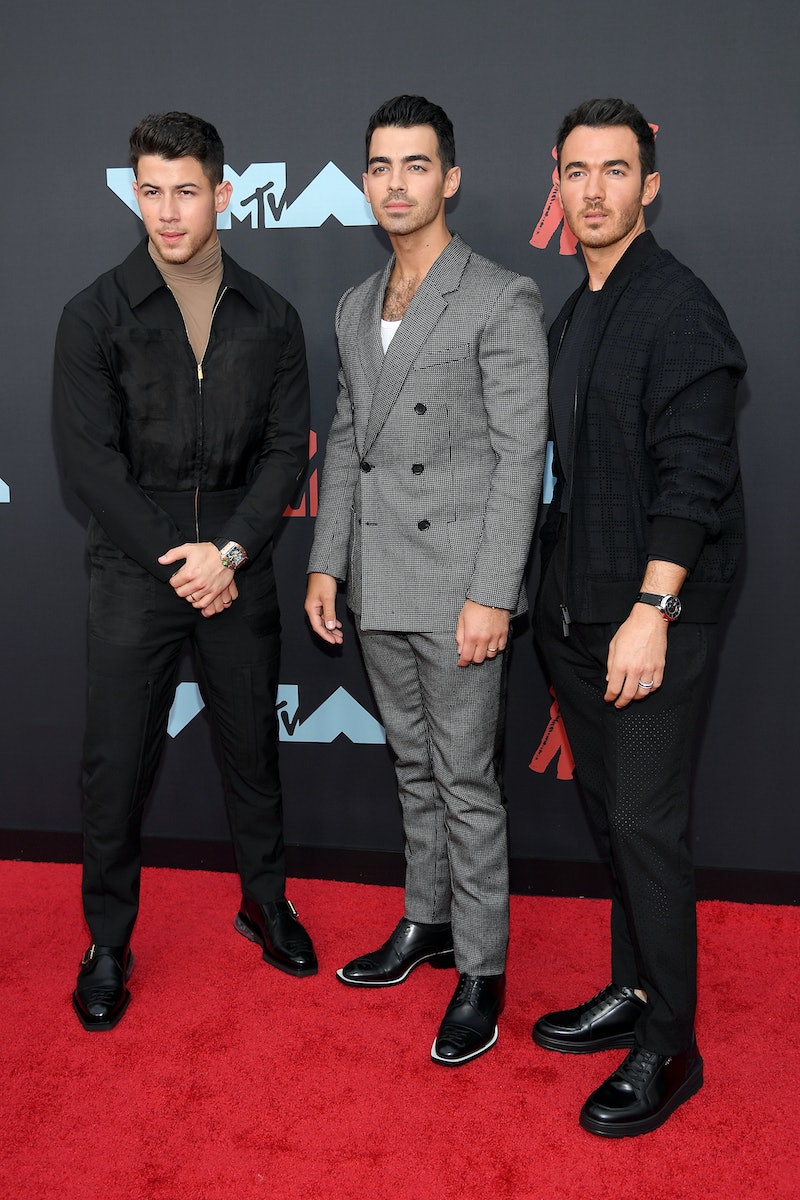 During award shows, it's traditionally the responsibility of the host to bring about the most laughs. Yet, the internet has gloriously elevated awards show to a whole new amusing level as the best memes and tweets about the 2019 VMAs prove. Comedian Sebastian Maniscalco might not have been the most obvious host for MTV's Video Music Awards, but discussions of this surprising choice only led to more hilarity on Twitter. Plus, when you combine some of the biggest names in music — like Taylor Swift, Cardi B, Ariana Grande, Lil Nas X, and the Jonas Brothers — in one room, you just know that the internet is going to have a lot to say. These viral reactions to the 2019 VMAs will keep you laughing about the night for days to come.

The jokes got started early, when the Jonas Brothers became part of a meme-worthy moment on the red carpet. And unsurprisingly, Maniscalco wasn't exactly an instant hit with the VMA audience — and that wasn't just because most viewers didn't even know who he was. Thankfully, more crowd-pleasing celebs swiftly took over the stage, with the always-delightful Cardi B earning one of the first awards of the night and Lizzo putting on a joyous performance. But whether you were loving life or cringing hard during the 2019 VMAs, these memes and tweets help make watching them all worth it.