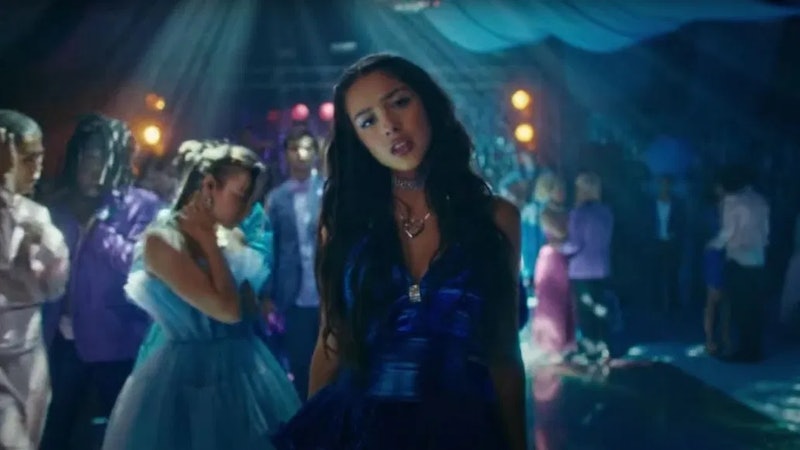 Since making a splash in January of this year with her extremely catchy (and extremely sad) debut single, “driver’s license,” Olivia Rodrigo has quickly become a teen pop icon. Like all of her karaoke-worthy hits on her new album Sour, the former Disney star has also been steadily churning out head-turning fashion looks, many of which seem to have been plucked straight from the early 2000s — from sequined butterfly tops to graphic tees and flared pants. But in the case of her hair, the star seems to pull continuously from the ‘90s.

Rodrigo may have just turned 18, but her Baby Spice-inspired pigtails and bedazzled hairpins feel fresh — and they totally work for her. The crooner mostly has Clayton Hawkins to thank for a lot of her hairstyles. The hair pro, who also works closely with stars like Dove Cameron, Miranda Cosgrove, and Elizabeth Olsen, even crafted the pretty waves Rodrigo recently sported to the White House (in a very Cher Horowitz-esque plaid skirt suit).

She isn’t the only celebrity pulling archival fashion and beauty looks from the 1990s and early aughts and bringing them into today. A-listers like Doja Cat, Bella Hadid, and Lizzo have recently been spotted proudly wearing mullets, claw clips, and oversized barrettes, respectively.