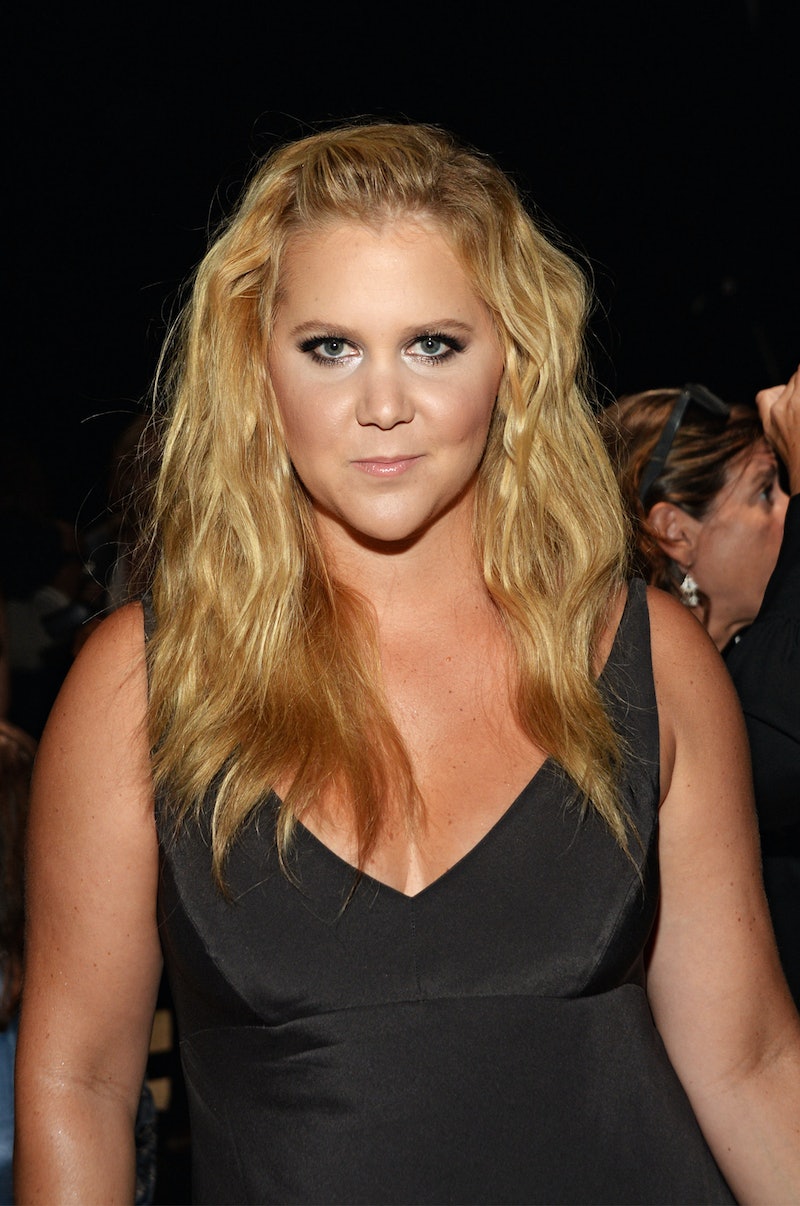 From winning an Emmy for her hilarious TV series to scoring a major book deal, it seems like Amy Schumer can do no wrong. The comedy queen hits the nail on the head when talking about everything from social issues to pop culture. She reminded us of this talent when hosting Saturday Night Live this week. I don't think anyone else could seamlessly go from talking about the Kardashians and Malala, to Hillary Clinton and tequila. However, there's one part of Amy Schumer's SNL opening monologue I couldn't help but disagree with. She began by mocking the seemingly condescending question she's frequently asked: "Isn't it an exciting time for women in Hollywood?" While we've still got a ways to go, I actually do think it's an exciting time and Amy Schumer is part of that reason.

Sure, in Schumer's defense, if you're asked the same question over and over again, you're bound to get sick of it. On the scale of annoyingness, it probably falls somewhere between being asked "Why aren't you dating anyone?" at a family reunion to "What are you doing after college?" before you even graduate. But still, with the strong presence of Schumer, I'd argue it is an inspiring time for females in the celebrity realm. She's the kind of role model and voice our generation needs, because she's honest, hilarious, and not afraid to talk about stuff other people won't.

To prove this point, here are five examples of why it actually is an exciting time for women in Hollywood.

Tackling everything from frustrating beauty conventions to those Bill Cosby accusations, there's no topic she shies away from on her Comedy Central show. It's exciting because she isn't afraid to speak up about subjects others may deem taboo.

We're not 100-percent there yet, but what about the all-female Ghostbusters reboot? That's pretty rad. And the show Supergirl on CBS? Women can fight crime just like the men, and these recent examples are paving the way for more leading ladies in superhero flicks.

On the red carpet at the Emmys this year, Amy Poehler's Smart Girls led an initiative called #SmartGirlsAsk, where reporters asked female celebrities about more than what they're wearing or who they're dating. This tied into the #AskHerMore movement and sparked thoughtful responses from stars.

4. A Whole New Generation Of Feminists

Guess what? Even teenagers are speaking up about the importance of intersectionality. With celebs like Amandla Stenberg and Rowan Blanchard paving the way for young people today, it's a very exciting time. Stenberg isn't afraid to speak up about cultural appropriation and Blanchard gave us all a valuable lesson on white feminism.

From Emma Roberts' un-retouched Aerie Campaign to Gigi Hadid's Instagram post about loving her body, a variety of celebrities have spoken out against unrealistic beauty standards. With major Hollywood stars promoting body positivity and loving yourself (Hailee Steinfeld's song is the perfect example), it's a promising message being spread.

While yes, there are aspects of Hollywood that still need improvement (ahem, more diversity please!), the changes above are ones I'm excited to see. And I believe it can only get better from here.