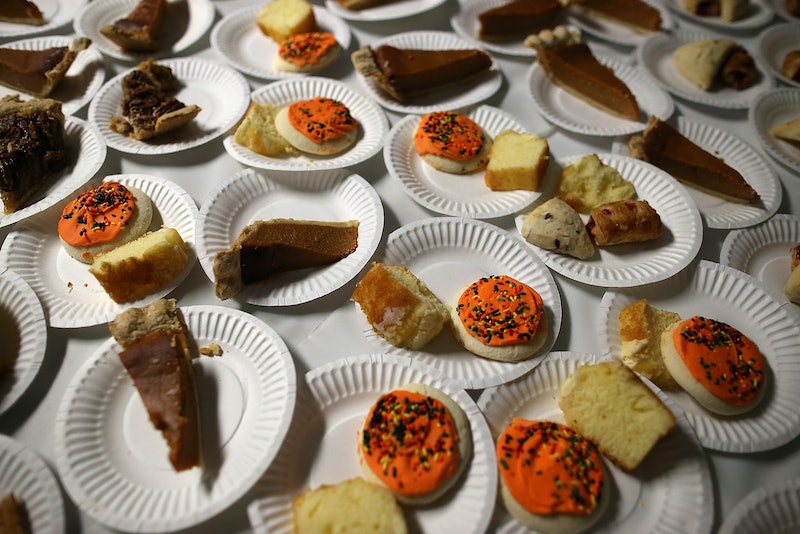 Thanksgiving is just around the corner, and we all know what that means: A night of awkward political debates with family members. Sure, it's a cynical way of looking at the holiday, but somehow, long-simmering disagreements always seem to elbow their way onto the Thanksgiving dinner table alongside the turkey, cranberry sauce, stuffing, and sweet potatoes with marshmallows (the latter being an underrated Thanksgiving treat, if you ask me). Of course, it's wonderful when this doesn't happen, but for the times when an argument is truly unavoidable, you might as well prepare. To that effect, here's how to argue with family members at Thanksgiving and come out on top.

To be sure, it's often better to avoid political arguments altogether as opposed to indulging them. They can get especially nasty — as I discovered myself when the Israel-Palestine question came up at my birthday dinner this year — and nobody wants animosity during the holidays. And yet sometimes, there's just nothing you can do to fend off an impending debate. In those situations, it's best to be prepared.

There's no shortage of political issues with the potential to rear their heads at the Thanksgiving table this year. So, here's Bustle's comprehensive guide to dealing with them if and when they come up.