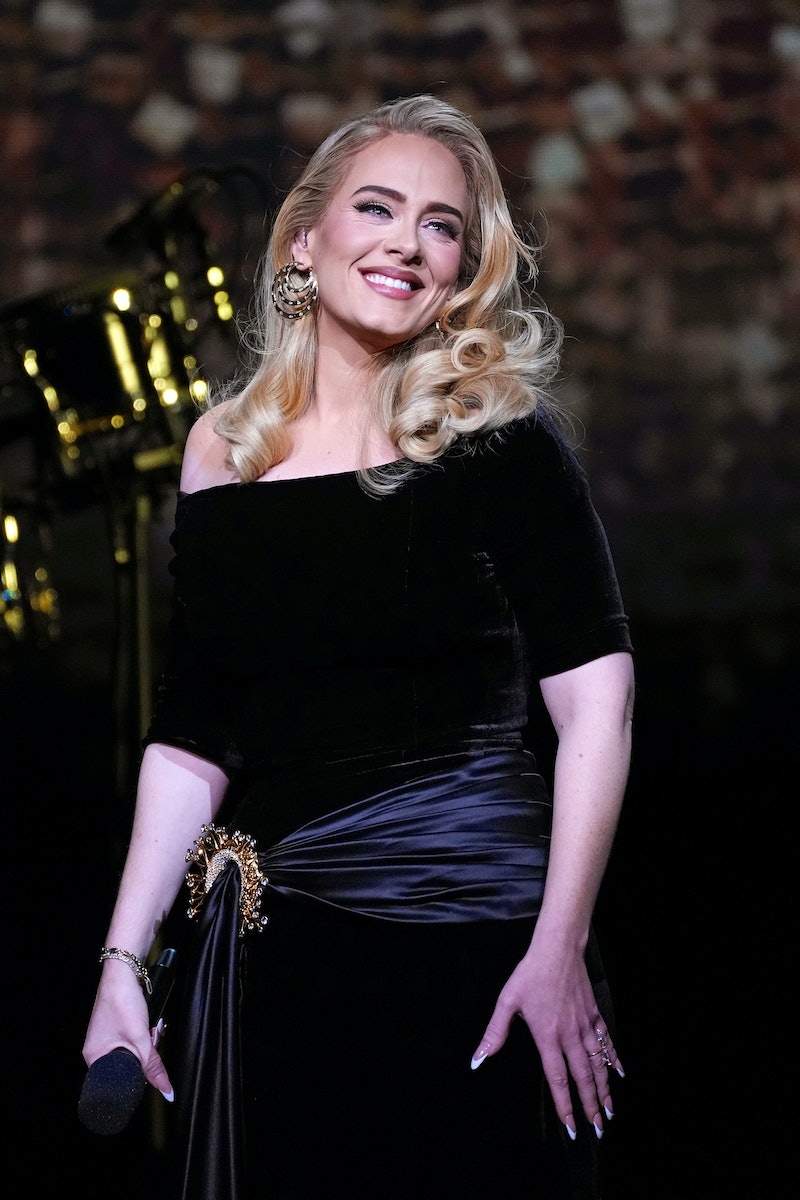 Adele has established herself as the voice of a generation despite having only four studio albums to her name, the latest being her lyrically stunning and emotionally devastating 30 album. With that title comes a lot of money. The 15-time Grammy winner is so popular that whenever she releases something new, people all over the world sit up and listen. Those millions of listeners subsequently help make her a richer superstar with each new song, just like with her 2021 smash single “Easy On Me,” which immediately went to the top of charts seemingly everywhere.

Her latest album, named after the age at which Adele wrote the project’s songs (she was 33 when she released 30), reached No. 1 in nearly two dozen countries, proving that she remains at the top of her game more than a decade after she broke onto the scene in 2008 with “Chasing Pavements.”

READ NEXT: 5 Adele Songs More Devastating Than “Easy On Me”

In November 2022 she debuted her long-awaited Las Vegas residency, which was postponed from earlier in the year because she felt the show wasn’t ready in January. With 30 continuing to sell incredibly well, her songs ruling the streaming charts, and the residency underway, Adele’s net worth is on the rise. How much is she worth today?

Unlike so many other chart-topping artists, Adele has stuck almost entirely to music, and she has earned almost the entirety of her massive fortune from writing and recording original music and playing it live for millions of people all around the world. It’s unheard of for anyone to score the paydays she’s managed simply from just her art.

Adele is so successful, it’s hard to believe she’s released only four albums from 2008 to 2021. She has managed feats and broken records that stars who have larger catalogs haven’t come close to. With each new release, she increases her total chart wins, sales, streams, and net worth.

The British superstar has scored five No. 1 hits in the U.S., with her smashes “Rolling in the Deep,” “Someone Like You,” “Set Fire to the Rain,” “Hello,” and “Easy on Me” all controlling the Hot 100 for a period. On top of those chart wins, three other Adele songs have appeared inside the top 10, and she’s reached the Hot 100 list with a total of 25 tunes. On the Billboard 200 albums chart, Adele has landed a trio of leaders and one other top 10 placement.

In the U.S. alone, she’s racked up 32.5 million certified single sales and moved 28 million equivalent albums, according to the RIAA (Recording Industry Association of America). Globally, those figures increase by quite a bit, and it appears that Adele might have sold as many as 120 million records throughout her career. While they haven’t added to her net worth, Adele has also won more major awards than most musicians ever will, as she’s already scored 15 Grammys, an Oscar for “Skyfall,” and won an Emmy award in 2022 for her 2021 TV concert special, Adele: One Night Only. Nobody gets paid for these trophies, but they do further highlight how much critics, peers, and fans adore her talents.

After spending more than a decade signed to XL Records, the company that discovered Adele and turned her into a global powerhouse, the songwriter’s fourth album was released under her own company, Melted Stone (named after one of her songs) in conjunction with her American partner Columbia. That distinction likely means that the vocalist is earning more in royalties and sales with her latest project than with her past efforts. Taylor Swift recently landed a similar deal, and she went from collecting between 10-15% in royalties to 50%, a massive gain.

Adele earns an absurd sum of money every time she steps on stage in recent years. The exact dollar amount is private, but it is likely somewhere between $500,000 and $1 million every evening, as that is what other top-tier acts collect.

Adele has embarked on three global tours, and they were all named after her: An Evening with Adele, Adele Live, and Adele Live 2016. They were all also financially successful. Her first run, which took place throughout 2008 and 2009, wasn’t a huge money maker, as she largely played to smaller crowds. Her second outing was considerably more popular, as by then her album 21 was a global hit. That streak of shows made at least a few million dollars, based on the success of a handful of concerts, but the exact sum isn’t available.

Adele’s most recent global trek quickly became her biggest tour in terms of attendance, the number of shows, and the money she made. Adele Live 2016, which actually took place across both that year and 2017, included 121 concerts. She played to nearly 3 million fans in more than a dozen territories. The entire event earned just nearly $168 million.

For her latest era, Adele hasn’t announced or even hinted at a tour. Instead, she’s taking over Las Vegas every weekend in the fall/winter of 2022 with a sold-out residency titled Weekends With Adele. The run of concerts is expected to make an eye-popping amount of money for these relatively intimate performances. Before she postponed the initial run in Jan. 2022, Billboard reported that she had already sold $50 million in ticket sales and was expected to earn over $2 million per show (though others estimate a payday between $500,000 and $1 million per show).

While these ballpark figures are unconfirmed, the British singer can expect quite a paycheck; as a comparison, fellow superstar Lady Gaga reportedly took home $1 million per night during her residency. By the time all is said and done, Adele could collect at least $25 million.

Adele is doing just fine when it comes to money. But she has turned down the kind of opportunities that the vast majority of artists would jump at, as she is very conscious of attaching herself to products, working with brands, and even performing live too much.

So far, Adele has managed to become one of the richest musicians on the planet while completely avoiding making big bucks from endorsements or brand deals, which is how the majority of stars line their pockets nowadays. This isn’t to say that she hasn’t been offered. In fact, many companies have likely reached out to attempt to partner with the generation-defining talent, and one came very close to becoming the first firm to sign her to a major contract.

Just after she became a global star, Adele was reportedly in talks with L’Oreal to appear in ads for their products, and for a while, it looked like things were really going to happen. Apparently, at the last minute, Adele pulled out of the agreement, which would have seen her earn at least $19 million. That was slated to be one of the largest payouts the cosmetics brand had ever shelled out.

Adele only tours every few years, and now with her Las Vegas residency in full swing, it appears she might not travel around the globe to perform for massive crowds for a long time. She has also allegedly been requested for private shows by the wealthiest in the world, but that’s not something she’s interested in. An unnamed person reportedly offered the Oscar winner $1.3 million to trek to the Middle East to sing for a small crowd, and the musician told her team she couldn’t because she was tending to her garden. The lesson here is that Adele sings when she wants to, and no amount of money can persuade her to perform for anyone.

What Is Adele’s Net Worth?

Adele is worth $220 million as of December 2022, according to Celebrity Net Worth. That’s an astounding sum for anyone in the music industry. Perhaps most impressive about that number is that, for the most part, she has focused entirely on music and hasn’t leveraged her fame to work with brands or launch products with her name attached like other superstars, which could easily pad her bank account even further.

More like this
David Beckham’s Controversial Qatar Deal Skyrocketed His Net Worth
By Catharina Cheung
Emily Atack’s Net Worth Would Make Charlotte Hinchcliffe Proud
By El Hunt
What Is Pamela Anderson’s Net Worth? She Was Never Paid For Her Stolen Sex Tape
By Hugh McIntyre
Austin Butler Recalls Lisa Marie Presley Showing Him Elvis’ Bedroom
By Jake Viswanath
Get Even More From Bustle — Sign Up For The Newsletter
From hair trends to relationship advice, our daily newsletter has everything you need to sound like a person who’s on TikTok, even if you aren’t.