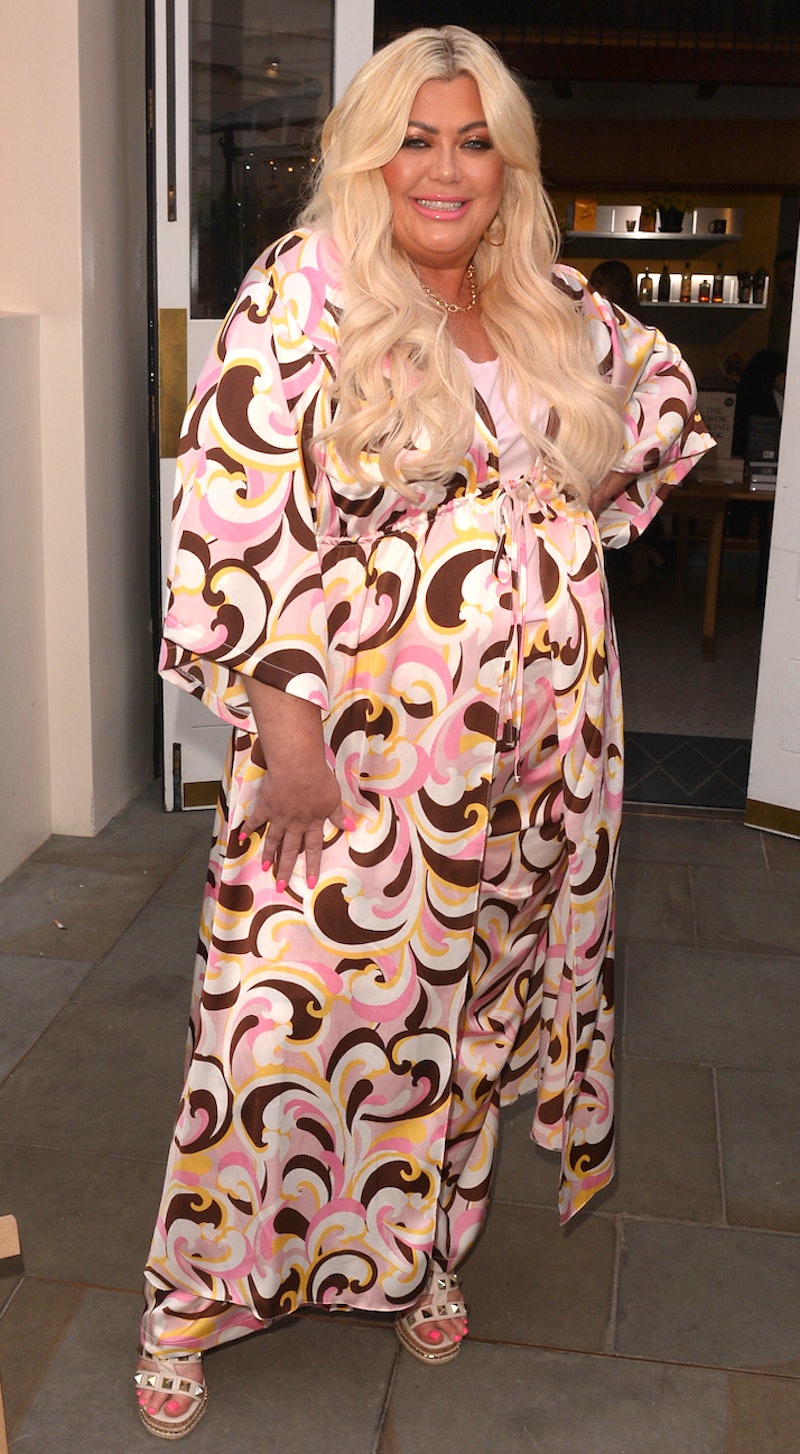 You can rarely mention British reality TV without TOWIE star Gemma Collins coming up. While not exactly living a rags-to-riches life, there’s a personable charm about Collins that has endeared her to the British public. Despite the fact that Collins has earned herself a tidy fortune in just over 10 years, her persona has been considered very relatable because she had a pretty normal job as a car salesperson before becoming famous. As of 2022, Collins has blossomed into a businesswoman, an entrepreneur, a brand ambassador, and a lifestyle influencer — on top of her successful reality TV career. So how much is Gemma Collins’ net worth, really?

Of course, it all started with The Only Way Is Essex (TOWIE), a popular telly series that is part reality show and part soap opera. Collins joined the second series of TOWIE in 2011, and was then propelled to fame.

She attributed her success on the show to the fact that she was a bit older than the rest of the cast when she joined, and therefore had more of a work ethic. Speaking to The Sun, Collins recalled, “People underestimated me […] I wasn’t the prettiest or the slimmest, yet I’d say I’m the most successful woman to come out of the show, and I’m not done yet.”

“When a lot of them were partying and lying on their sun loungers, I was building my career. We were all given the same opportunity and you’ve got to make the most of it.”

Since TOWIE, Collins has appeared in a range of British reality shows and TV competitions, including I’m a Celebrity…Get Me Out of Here!, Celebrity Big Brother, Celebrity MasterChef, All Together Now, and Dancing on Ice. From late 2018, Collins has also fronted her own TV franchise Gemma Collins: Diva, a series which includes Gemma Collins: Diva España, Diva Forever, Diva On Lockdown, Diva Forever & Ever, and Diva For Xmas. The main bulk of her earnings would definitely have come from her stint on TOWIE, though.

Collins founded her own clothing boutique in 2013 titled Gemma Collins Collection. The brand was based in Brentwood, Essex, and specialised in plus-sized women’s fashion with sizes running from 16 to 28.

She also has her own fragrance line, Diva Pink, as well as GC-themed candy and other merchandise. In 2018, the Essex clothing boutique went into liquidation with over £80,000 worth of debt, and according to The Mirror, Collins made the decision to close Gemma Collins Collection in the midst of filming her reality show Diva Forever in spring 2020.

The shop was later able to reopen, though the Daily Mail reported in March this year that the Gemma Collins Clothing Ltd. had amassed net liabilities of over £42,000. A spokesperson for the company said that the company is solvent and Collins will keep her passion business going.

Suffice to say that Collins is able to pick herself back up very quickly indeed.

Some of the brands that Collins has partnered with include retail and fashion giants such as Sainsbury’s, Boohoo, Amazon, and In The Style. She has also done collaborations with fast food chain Burger King, condom brand Durex, and budget airline Wizz Air.

Most recently, Collins has just signed a £1 million deal with New Look to be their brand ambassador, and is also fronting a campaign for Walkers for another £1 million, per The Sun.

The GC is clearly in high demand with brands, and it’s estimated that her income from other campaigns have roughly totalled up to £500,000 in 2022 so far, which works out to a whopping £18,248 per day. This means that Collins will have bagged £2.5 million so far this year, just from branded media work alone.

An industry source told The Sun: “Gemma is hot property and firms are falling over themselves to sign her up. At the rate she’s going, she could be worth another couple of million quid by the end of the year.”

Last year, Collins made a guest appearance on ITV’s Life Stories, and gamely told show host Piers Morgan just how much money she could command from promoting brands on her social media accounts. As reported by the Daily Star, she revealed, “In one day, I earned £75,000 from social media posts, and that was on a Black Friday.”

Collins also added that she was worth “well over a million pounds,” repeating the phrase “well over” for extra emphasis. Mind you, this was more than a year ago now, and the TV personality herself had said of her earnings: “It’s not stopping.”

What Is Gemma Collins’ Net Worth?

According to various reports and estimations, Gemma Collins’ net worth falls anywhere between £2.7 million to £2.89 million.

The 41-year-old celebrity now resides in Roxwell, Chelmsford, in a barn conversion which she had bought for £1.3 million. According to The Sun, the vast house has been renovated to boast a swimming pool and a summer house.

Entertainment Daily has also reported that Collins was brought up in an affluent household. Her father Alan Collins is the founder of shipping company Unisystems Freight, a business which is now run by her brother, Russell.