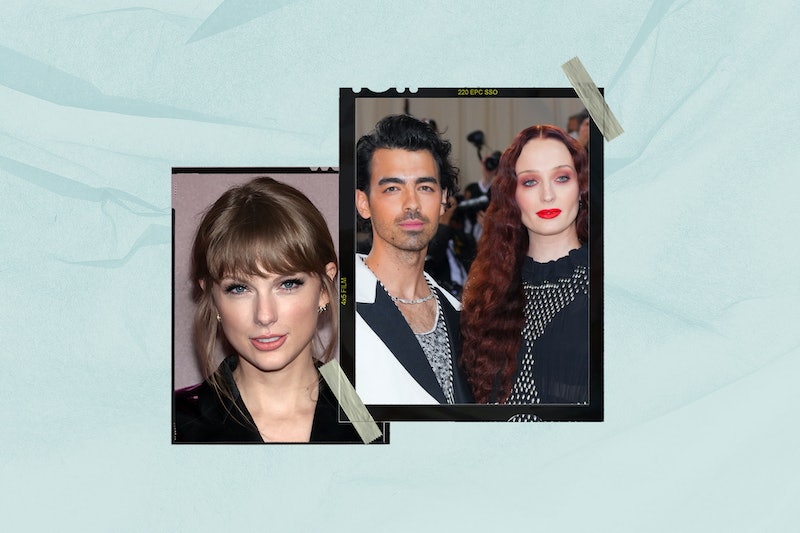 It’s been 14 years since Joe Jonas and Taylor Swift announced their breakup. Since then, the former couple has very much moved on, and Jonas married his wife, Game of Thrones actor Sophie Turner, back in 2019. Despite their rocky past, there appears to be no longer any “Bad Blood” between Jonas and Swift. And during a recent TikTok live stream, Turner confirmed that she is actually quite the Swifite.

As per People, Jonas and Turner were asked which Swift album was their favourite by a curious fan. “1989, hands down. The best,” the Dark Phoenix actor replied. “Literally, one of my favourite albums of all time.” Jonas seemed to agree, adding, “1989 is a great album. Bangers. Bangers.”

During the live stream, Turner went on to explain that Swift’s 2017 album Reputation was “partly inspired” by the Game of Thrones characters Sansa and Arya Stark — who were portrayed by Turner and Maisie Williams, respectively.

This isn’t the first time Jonas and Turner have had a social media exchange involving the Grammy award-winner. In April 2021, Swift released her “From the Vault” track “Mr Perfectly Fine” — which many fans believed to be about her ex-boyfriend Jonas. Turner later shared the song on her Instagram Story with the caption, “It's not NOT a bop.” In response, Swift paid tribute to Turner’s Game of Thrones character, writing at the time: “Forever bending the knee to the Queen of the North.”

Following the release of her 2020 album Folklore, fans also speculated that the track “Invisible String” also featured a shoutout to Jonas and Turner. “Cold was the steel of my axe to grind / For the boys who broke my heart,” Swift sings in the third verse, adding, “Now I send their babies presents” — seemingly referencing the married pair, who welcomed their first child together that same year.

In 2008, Swift revealed on The Ellen DeGeneres Show that she had penned the song Forever and Always about her romance and split with Jonas. “There's one [song] that's about that guy, but that guy's not in my life anymore, unfortunately," she said at the time.

"Someday I'm going to find somebody who's really, really right for me," she added. "When I find that person that is right for me, and he'll be wonderful, and when I look at that person, I'm not even going to be able to remember the boy who broke up with me over the phone in 25 seconds when I was 18."

In 2019, Swift expressed regret of putting Jonas on blast during their 2008 breakup. “That was too much,” the singer revealed on a subsequent Ellen appearance. “I was 18. We laugh about it now, that was mouthy — yeah, just some teenage stuff there.”