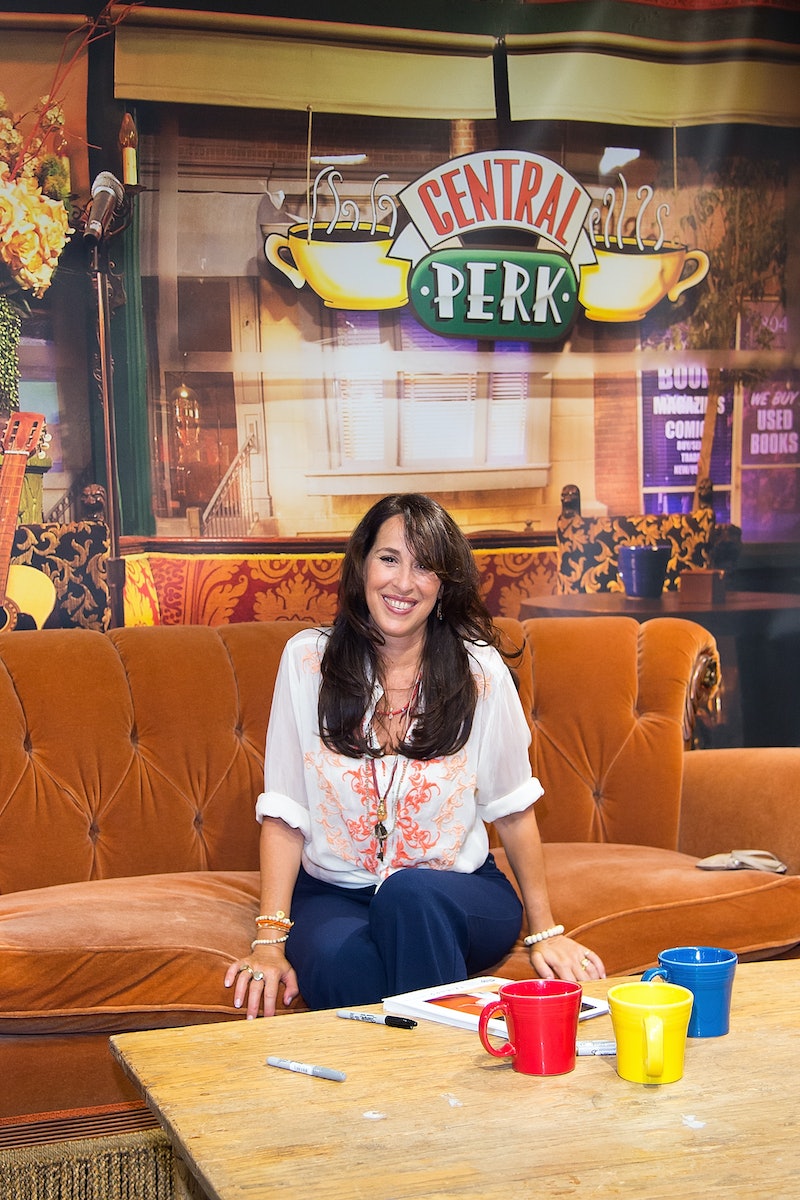 HBO Max’s Friends: The Reunion is set to air on May 27, and fans of the original 1994 sitcom can’t wait to see the original cast reunite. Aside from the original five stars — Jennifer Aniston, Matt LeBlanc, Courteney Cox, David Schwimmer, Lisa Kudrow, and Matthew Perry — several actors who appeared as guest stars on Friends will appear, including Reese Witherspoon and Christina Pickles. In the HBO Max special’s trailer, released on May 19, viewers caught a glimpse of recurring guest star Maggie Wheeler, who played fan-favorite character Janice Litman-Goralnik, remembered for her iconic nasally voice. Ahead of her appearance on the reunion, many of the show’s viewers are wondering: What is Janice from Friends up to today?

After launching her acting career in the early ’80s, Wheeler acted in several high-profile television and film projects in the ’90s, including Friends, Seinfeld, and Everybody Loves Raymond. She also made a memorable appearance as Lindsay Lohan’s twin characters’ camp counselor Marva Kulp Jr. in the 1998 remake of The Parent Trap. Since the end of Friends in 2004, Wheeler has guest-starred on several other popular series, including Will & Grace, Drake & Josh, ER, and How I Met Your Mother. Additionally, she made her foray into voice acting with a recurring role on Archer as well as a one-episode stint as Dr. Renton in Disney’s Kim Possible.

In a 2020 interview with Closely Observed Frames, Wheeler said she actually prefers voiceover work to on-camera work. “I would love to just be doing that work. I love to work on camera and in a live ensemble with people, but that work is scarce,” she told the publication. “I wouldn’t necessarily choose voiceover because on-camera work is scarce, I would choose voiceover work because I really enjoy it.” Her love for voice acting shows in her most recent credits as several characters in The Epic Tales of Captain Underpants and Trudy Pickering in the 2019 animated remake of The Addams Family.

Speaking to Digital Spy about her time on Friends in 2014, Wheeler said she would be open to bringing Janice back for a reunion. “Should it happen, I would be thrilled to participate. I love Janice — she's dear to my heart. It would be fun to resurrect her,” she said. As for what she thinks her character would be up to now, she continued: “I think she is happy on Long Island with her third husband, and she's getting her children through school and shopping online for some nice leopard-print boots for her daughter.”

Aside from acting, Wheeler told Closely Observed Frames that she has also worked as a “song leader,” meaning she gathers groups of people to sing together as a form of community building. She’s been running the Golden Bridge Choir in California for more than 15 years and told the publication how it was affected by the pandemic’s onset in March 2020. “I had to move the choir online, and I also started what has now become an international online gathering called Together in Song that happens every Saturday,” said Wheeler. “I have hundreds of people coming from all over the world and three guest song leaders every week... I’m very fortunate that I have this work that involves other humans and that I’ve been able to start Together in Song, now 20 weeks ago. It has turned into quite a beautiful thing.”

More like this
A New 'And Just Like That' Table Read Pic Confirms A Key Character's Return
By Jack Irvin and Grace Wehniainen
'Friends' Star Maggie Wheeler Offers Support To Matthew Perry After Reading His Memoir
By Alyssa Lapid
'That '90s Show' Star Callie Haverda Got Advice From Mila Kunis & Ashton Kutcher
By Brad Witter
Here’s Why Danny Masterson’s Hyde Isn’t In 'That '90s Show'
By Brad Witter
Get Even More From Bustle — Sign Up For The Newsletter
From hair trends to relationship advice, our daily newsletter has everything you need to sound like a person who’s on TikTok, even if you aren’t.