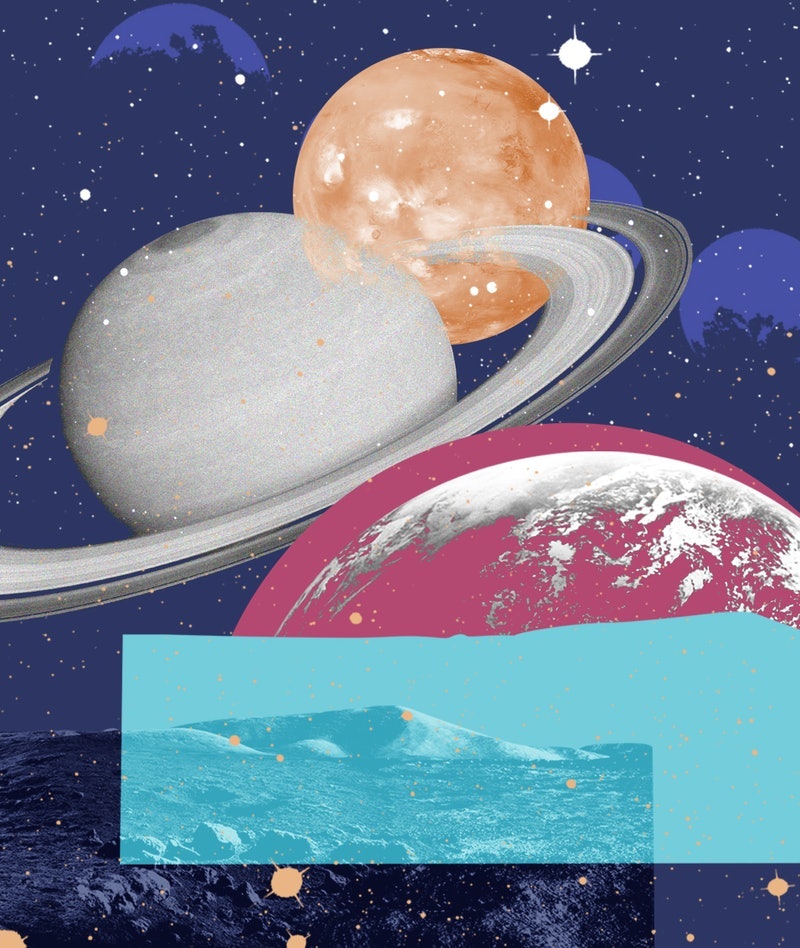 We’ve officially entered the latter half of 2021, which makes it a great time to check in with yourself and set some positive intentions for next six months. The astrology of July 2021 will help us gently reflect on the first half of the year, but it will also imbue us with a fresh sense of excitement as we charge forward. You’ll want to mark your calendars for some of the major astrological events in July 2021 that’ll shake things up.

Last month, we bid adieu to spring’s eclipse season, survived another Mercury retrograde period, and ushered in the summer — which made for a rocky but rousing cosmic journey. This month kicks off with even more intense cosmic clashes that could spell drama, but thankfully, the energy of Cancer season 2021 helps us to stay in touch with our feelings as we navigate the changes. The sweet and sentimental new moon in Cancer on July 9 is a great time to make plans for yourself.

We’ll also feel a glowing spark of passion amidst the watery vibes, thanks to romance planet Venus and sexy planet Mars spending the bulk of the month in fire sign Leo. This is a steamy precursor to the sparkly energy that’s to come when Leo season hits on July 22. Look forward to feeling extra confident about yourself, leaning into your glamorous side, and being your most authentic self (especially under the July full moon on July 23). Let’s just say some sexy summer selfie shoots are a must.

Ready for your July 2021 astrological overview? Read on.

Kicking Off July With Cosmic Fireworks

Most of the personal planets will be staying put throughout the first week of July, giving us a chance to soak up Cancer season’s sentimental vibes. But there will be some serious cosmic clashes happening at the start of the month that could start some drama.

Things kick off with a relatively rare opposition between go-getter planet Mars (which is currently in fiery Leo) and restrictive planet Saturn on July 1, which serves as a reality check to our confidence levels and throws agitating roadblocks in the way of our goals. The cosmic fireworks continue during the weekend of July 4, when hot-headed Mars gets into yet another squabble with unpredictable planet Uranus. This square-off can cause all sorts of power struggles and explosive bouts of frustration. All in all, the first week of July kicks off with a bang and asks us to work harder and be more innovative when it comes to declaring our own independence.

The first few weeks of this month comprise the bulk of Cancer season 2021, which has us embracing the warm comforts of summer and seeking deeper emotional connections. The gentle Cancer energy culminates with the July 2021 new moon on July 9, during which the sun and moon will connect in this watery zodiac sign’s realm. This is the first new moon of the summer, and it's a great time to carve out some time for introspection, connect with loved ones, and honor your feelings as you plant seeds for new adventures.

The Cancerian vibes are heightened on July 11, when mental planet Mercury enters Cancer, too. This brings loads of sensitivity to the way we think and communicate, and we’ll find that we’re operating from a much more compassionate point of view. But we may want to be cautious of a tendency to take things personally or be overly moody.

Turning Up The Heat With Leo’s Fiery Energy

We may be embracing our softer sides through Cancer season, but we’re doing so with a much more confident edge than usual, thanks to the fact that love and sex planets Venus and Mars will be in the glamorous sign of Leo throughout most of July. On July 13, these planets will officially lock lips in a steamy conjunction aspect, which inspires us to be bolder in the way we chase after what we want and more expressive about what brings us pleasure. Venus and Mars only meet in the zodiac once every two years, so expect for sparks to fly and look forward to glitzy new beginnings in love.

The heat of Leo’s zodiac energy will be turned up to full blast come July 22, which is when the sun leaves Cancer and Leo season 2021 officially begins. This solar switch-up brings a joyful sense of optimism and a major boost to our confidence levels — after all, the sun is Leo’s ruling planet. This is the perfect time of year to embrace your inner superstar and chase after your passions. Think of it as your astrological permission slip to jump into full-blown hot girl summer mode.

Just one day after Leo season begins, our emotions will come to a climax under the light of the July 2021 full moon, which peaks on July 23. While Leo season has us embracing an “all about me” attitude, the full moon in the opposite sign of free-thinking Aquarius inspires us to consider ways we can show up more for the collective — whether that’s just within our BFF squad or our communities at large. Use this lunation as an excuse to show off all of the quirky eccentricities that make you stand out from the crowd and let go of any self-consciousness that keeps you from being authentic in your connections with others.

We’ll get another dose of this rebellious Aquarian energy on July 28, which is when Jupiter will retrograde back into this air sign’s territory. This sign shift for growth planet Jupiter will bring up some of the themes we dealt with during the full moon earlier in the week, and will also inspire us to revisit our belief systems from a more objective and less conventional point of view.

Grounding Ourselves At The End Of The Month

July is primarily dominated by a combination of Cancer’s emotional energy and Leo’s fiery flair — but during the last third of the month, we’ll finally start to feel a little more grounded. That’s because love planet Venus enters earth sign Virgo on July 21, and action planet Mars follows suit on July 28. Virgo’s zodiac vibe is down-to-earth and organized, so we’ll feel much methodical about the way we chase our goals and a little extra selective it comes to romance, too. By combining Leo season confidence with the practicality of Venus and Mars in Virgo, you can refine your plans and get crystal-clear on what you want out of your summer and the latter half of 2021 in general. Take advantage of the cosmic moment.