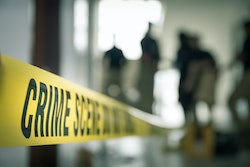 Our cultural obsession with analyzing the psychology of serial killers is impossible to deny. It’s equal parts fascinating and terrifying to ponder what drives someone to commit such horrific crimes — and it’s interesting to learn about common traits that some of the most well-known killers share. If things like family history and behavioral issues correlate with criminal tendencies, then it seems fair to assess the zodiac signs most common among serial killers, too. After all, astrology can shed light on all different aspects of our lives and personalities, so why can’t we apply it to serial killers too?!

When looking at the astrology of a serial killer, it’s important to note that it takes much more than a zodiac sign to drive someone to commit such heinous crimes — in fact, serial killer zodiac signs span all across the board. “There are a plethora of serial killers of every sign,” astrologer Shawn Engel, host of the True Crime Astrology Podcast, tells Bustle. “If we look at their full birth charts, we can see more of the energetic influences that affect their modus operandi.”

However, there are some common threads when it comes to serial killer zodiac signs. If you frequent astrology meme accounts on social media, you may have seen a viral tweet going around that shows a list of some notorious serial killers and their signs. While there are a variety of signs that show up on the list (Gemini, Virgo, Sagittarius, and Pisces), they have something major in common: They’re all mutable zodiac signs. This refers to the zodiac sign’s modality, which represents how each group of signs expresses their energy, reacts to things, and operates in the world.

There are many psychological traits common among serial killers that could align with certain zodiac sign strengths and weaknesses. "[Serial killers] tend to be highly charismatic because they have learned and honed the fine art of magnetizing people," clinical psychologist Dr. Perpetua Neo tells Bustle. "This is the web they weave to entice people, get them to trust, and potentially let their guards down.” Dr. Neo also cites a lack of empathy, as well as an indifference towards cruelty as common traits among serial killers. "Cognitive empathy is the ability to [see things from] someone's perspective, even if we cannot feel it — and serial killers often lack affective empathy," she says.

While it's not accurate to say that any one zodiac signs is more likely to commit a string of murders than another, it is interesting to consider the astrology of serial killers and some of the factors their charts have in common. Read on for the scoop on a few of the major serial killer zodiac signs.

More like this
The Most Common Traits Of A Gemini-Cancer Cusp
By Nina Kahn
Are Gemini & Sagittarius Compatible In A Relationship?
By Kristine Fellizar
The June 2022 New Moon Will Affect These Zodiac Signs The Least
By Brittany Beringer
June’s New Moon In Cancer Will Affect These 4 Zodiac Signs The Most
By Brittany Beringer
Get Even More From Bustle — Sign Up For The Newsletter

This article was originally published on July 19, 2018