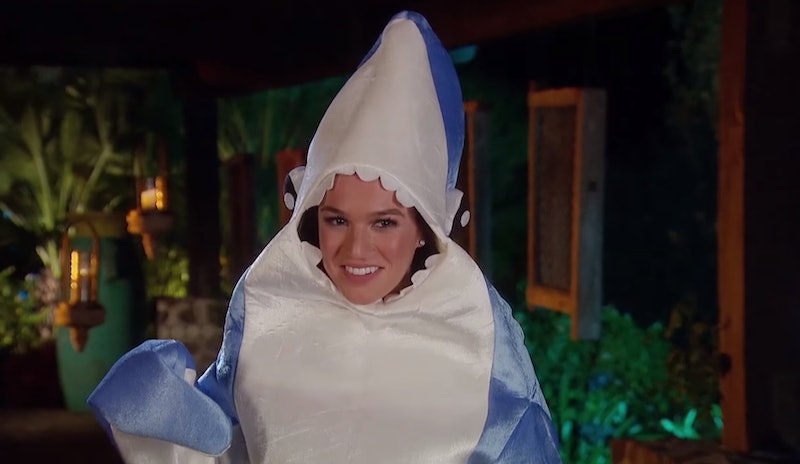 Everything happens for a reason. And just in case you aren't completely sold on this popular axiom, Bachelor and Bachelor in Paradise contestant Alexis Waters' tweet about finding love will make you a believer.

Bachelor Nation fans may remember Alexis' standout personality and awesome sense of humor from her days of vying for Nick Viall's heart on The Bachelor Season 21. The Secaucus, New Jersey native and aspiring dolphin trainer hopped on to the scene with a mission to find true love. But because The Bachelor unfortunately doesn't lead to happily ever afters for every contestant, the hopeless romantic wasn't able to find her forever with Nick. And when she went venturing off to "Paradise" a few months after her departure from the Los Angeles mansion, Alexis wasn't lucky there either — being one of the first to say goodbye to the Season 4 cast.

But, clearly, her time on the Bachelor Nation stage wasn't in vain. Like other Bachelor alums, the franchise introduced Alexis to some of her really good friends — including former Nick suitor and Bachelorette Season 13 helmer Rachel Lindsay. And as a result, Alexis ended up meeting her boyfriend, who has clearly won her heart.

In a June 25 tweet, the New Jersey native weaved the ever-so-complicated web of how she met her boyfriend for fans, giving hope to all of those other romantics out there in search of their one true love, too.

Alexis shared many thanks to Bachelorette Season 11 star Kaitlyn Bristowe for not choosing former Bachelor Nick on the show, for without that rejection, he probably wouldn't have continued his quest for love. And, in turn, Alexis expressed her gratitude for not only not nabbing Nick's final rose, but for his rejection of Rachel, as well. Rachel, as fans know, would later go on to bigger and better things, becoming the franchise's Season 13 helmer and first black Bachelorette ever, but while on the Bachelor, the Dallas native and Alexis were able to foster a relationship of their own.

And a couple of years later, Alexis announced that she's seemingly head over heels for a man that her friend Rachel introduced her to. Call it a small world, or simply just fate, even. Regardless, Alexis just proved to everyone that when one door closes, another one opens, and fans couldn't help but recognize and celebrate this joyous occasion with her.

It can totally be argued that the entire Bachelor franchise is actually responsible for Alexis' current relationship status — dating back to the very first Bachelor himself, Alex Michel — seeing as it works as a bit of a chain reaction, and, for some, a full circle situation. But all in all, it's just awesome to know that the Bachelor Nation fave was able to seemingly find exactly what she was looking for.

Though centered around falling in love with a potential significant other and the heartbreak that comes with rejection, the cast, more often times than not, get a lot more out of the Bachelor franchise than many tuning in from home would initially suspect. Sure, finding a partner, whether through the Bachelor, Bachelorette, Paradise, or even Winter Games stages is a possibility, but linking up with a cool group of life-long friends is also on the table. And for Alexis, her connection with her cast mates, more specifically Rachel, turned out to hold more weight than that of her potential connection with Nick.

Here's to hoping that Alexis' new partner only brightens the shine that Bachelor Nation fans have fallen in love with over the years. Oh, and that some of that "three degrees of separation" luck rubs off on other romantics looking for love on the franchise, too.