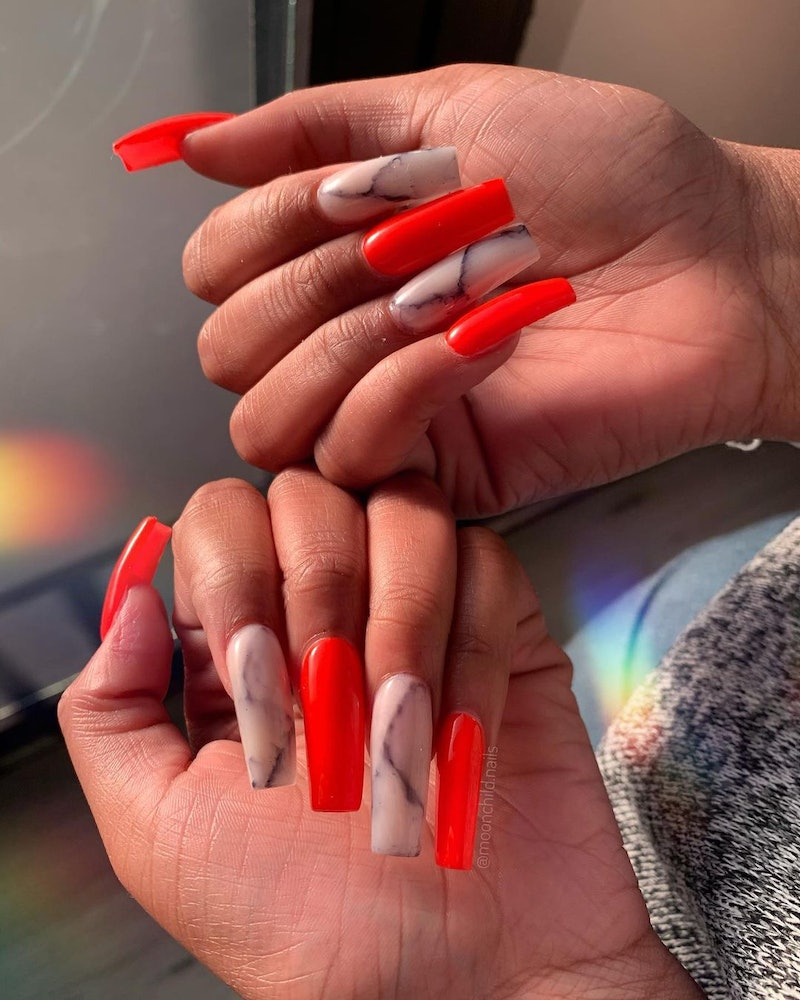 Fun nail art is especially doable when more real estate is involved. Enter: Coffin nails. The name might sound morbid but it’s fitting, considering the shape. Also known as “ballerina nails,” coffin nails are typically long in length, tapered toward the tip, and squared off at the ends — just like, you know, the shape of a coffin or a pointe shoe.

You can opt for acrylics or grow your actual nails out (just be sure to file the sides for a narrowing effect and clip the ends so you get a blunt tip), but rest assured there’ll be plenty of room to rock intricate patterns, color combos, and designs.

While coffin nails can be achieved via medium-length nails, it’s a bit easier to go longer in order to achieve the pronounced tapered effect and avoid looking square-like, says Rebecca Ludwig, professional nail artist and ManiMe nail artist community member. She adds that in order to keep the edges of your coffin nails crisp and clean, it’s a good idea to keep a nail file like ManiMe’s Glassy File on hand for easy touching up.

In terms of designs, you could get nail art ideas from stars like Hailey Bieber, Lizzo, Saweetie, and Kylie Jenner (the coffin nail MVP) — all of whom have been known to rock a seriously cool mani — or peruse some expert-approved styles the next time you’re craving a switch-up. Bellacures nail technician Savanna Galvan tells Bustle that marbling, swirls, minimalistic lines, and v-shaped French tips all work especially well with coffin nails “as they make a bold statement to compliment the long, tapered edges of the nail shape.”