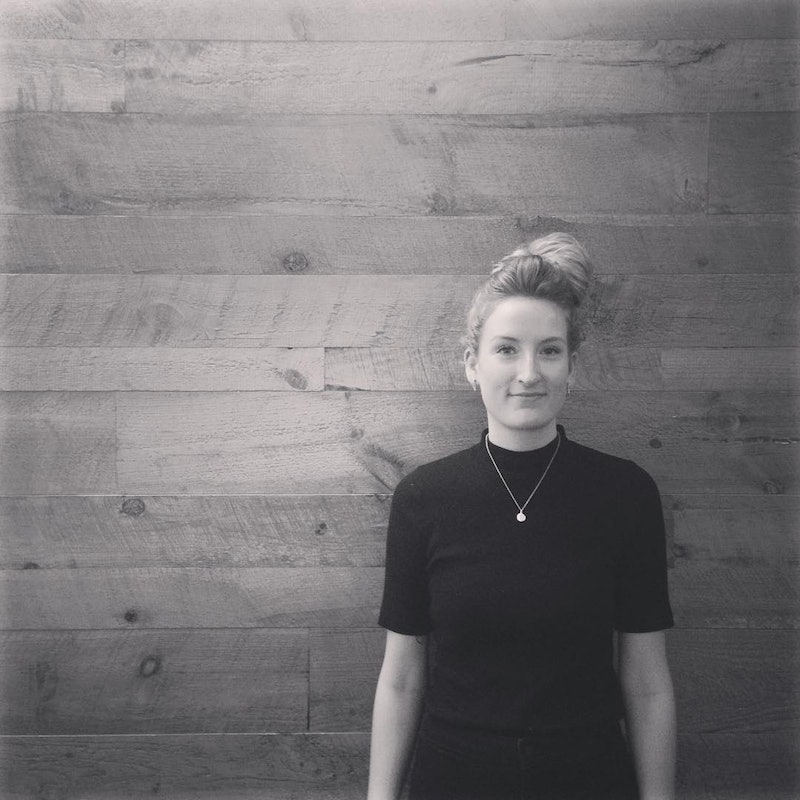 I think we can all agree that losing your virginity is kind of a big deal for most people — perhaps, especially, for women. Although the reasons I waited to have sex might be different from yours, if you're a woman, then you don't need me to tell you that girls are basically programmed to over-think losing their virginity in a way that most boys just don't have to deal with.

Girls are culturally conditioned from a ridiculously young age to place an unhealthy amount of value on their virginity. We're warned repeatedly that if we don't wait to have sex we're not, "good girls." We're told that first-time sex is going to hurt, that there will be blood, and that boys are just waiting to con us into having sex with them before tossing us aside like damaged goods afterwards. Plus, if you grew up in the Christian church like I did, you were probably told to "save yourself" for your future husband.

Of course, everyone's different. Some families raise their daughters to be sex-positive from early on, which is awesome. Additionally, some girls are simply ready to start having sex sooner than others, and that's awesome, too. Personally, I don't regret waiting to have sex until I was 21 — but in retrospect, I feel like some of the reasons I waited to have sex were actually pretty messed up. Some were also legit.

1. I Was A Sexual Late Bloomer With Body Image Issues

I think this was in part because of my sheltered, religious upbringing, but it was more than that. Despite fitting the American Standard of Beauty, (thin, blonde-haired, and blue-eyed) I had a lot of body image issues growing up. I felt insecure about my tiny boobs, my knobby knees, my big nose, and my curly hair for years. I think this is part of why, for a long time, I had quite a bit of fear and anxiety about the idea of being naked with another person. Because of this, I just wasn't comfortable with, or even interested in, sharing my body with someone until later than most girls.

2. I Was Raised To Think Of Sex As A Sacred Act Meant For Marriage

I grew up in a very traditional, fundamentalist, Christian home, so I was taught that it's morally wrong to have sex outside of marriage. Of course, before I was even out of high school I started to question the teaching of sex as a sacred act, but it definitely still played a part in my delayed sexual awakening.

3. I Was Culturally Conditioned To Think Of My Virginity As A Currency

Even if you didn't grow up with well-meaning, religious parents like I did, you can probably still relate to this one. Religious or not, most girls grow up being culturally conditioned to think their virginity makes them a more valuable commodity; that it makes them more desirable to men, and that an intact hymen is evidence that they're a "good girl."

Even if you weren't told to wait to have sex until marriage like I was, somewhere along the line, someone probably told you not to "waste your first time" on the wrong guy. Essentially, young girls are taught to think of their hymens as currency. Unfortunately, this is part of why I took so long to "spend" mine.

4. I Wanted To Make Sure I Didn't Start Having Sex Because Of Peer Pressure

If you had sex primarily because you felt peer pressure to do so, that doesn't automatically make your first time any less awesome than mine. Like I've said, everyone's different, and I think I probably took sex way too seriously for a long time because of how I was raised and because of my own issues with body image.

However, even after I'd completely changed my mind about sex being sacred, I still wanted to feel confident that I didn't have sex for the first time just because I felt like a giant weirdo for being the oldest virgin in my friend group. I knew losing my virginity was going to be a really big moment for me, so I wanted to make sure it was 100 percent my moment. I didn't want sex to be something I did before I was totally comfortable with sharing my body, and I didn't want my first time to be with someone I wasn't that into just so I wouldn't have to feel insecure about being a virgin anymore.

5. I Wanted My First Time To Be With Someone I Was In Love With

I didn't care if the first guy I had sex with was someone I would end up marrying someday, or if it was with someone I would only be in love with for a little while. I was adamant about one thing, though — I wanted to wait to have sex until I was in love, or at least falling in love.

Fortunately, I got what I wanted. I fell in love with a very tall young man in my junior year of college, and although our relationship ended up failing for many reasons, I'll never regret that he was my first.

Reasonably, I wanted my first time to be with someone I found sexy. Of course, I'd dated some good-looking guys before I dated My First, but physical attraction is about more than just looks. I wanted chemistry, too. I wanted to feel like I could barely breathe around this person. I wanted to get butterflies just looking at them. I wanted even their most non-sexual movements, like how they held a pen or the way they said my name, to turn me on. Luckily, I got my wish.

7. I Wanted To Know I Wouldn't Slut-Shame Myself For It

As you can probably tell by now, I wanted to make sure that my first time was a very positive experience. Because of this, I didn't want to start having sex until I knew I wouldn't slut-shame myself for it. Of course, I had stopped thinking of premarital sex as something to feel guilty about years before I finally lost my virginity, but I had other reasons to keep on waiting. Such as...

8. I Knew That Losing My Virginity Was Going To Hurt

I didn't want any part of my first sexual experience to include fear, and since all of my friends told me that losing my virginity was going to hurt, I was pretty scared of sex for a while.

My friends were right. Losing my virginity absolutely hurt. It hurt like a bitch, actually. By the time I lost my virginity, though, I didn't care about the pain. I was mentally and physically prepared for sex to hurt, I bought lube and lubricated condoms ahead of time, my then-boyfriend was super gentle, and we took our time with it. Plus, we smoked a little weed first; so I'm sure that helped, too.

9. I Wanted My First Time To Be A Decision That I Made, Rather Than An Experience I Allowed

More than anything, I waited to have sex because I wanted my first time to be totally and completely my decision. I didn't want it to be something that "just happened," and I didn't want to wait for My First to ask me for sex, either. I didn't need every detail of my first time to be planned out, but I wanted it to be my idea. And it was. About a month into our relationship, I asked that tall guy I fell in love with if he would be my first. He was much obliged.