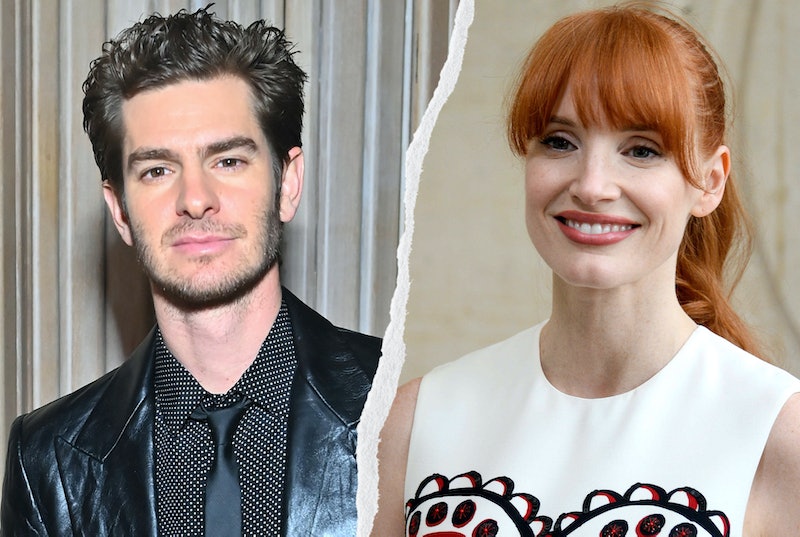 Oscar season is here again! It’s time to celebrate your faves getting nominated for the 2022 awards and mourn the ones who were snubbed (Lady Gaga fans are not OK right now). While some nominees, like Adam McKay, were unabashed about waking up early for the announcement on Feb. 8, others were seemingly surprised to find out the nominations were happening at all. Like Jessica Chastain, who said she only knew “they were going to be announced soonish,” but not on which day. (OK, how is that possible?)

As you place your bets and count down the days until the ceremony on March 27, here are some of the most hilarious and heartfelt celebrity reactions to the 2022 Oscar nominations.

Upon finding out she was nominated Best Actress for her titular role in The Eyes of Tammy Faye, Chastain hopped on FaceTime to celebrate with her fellow women in the category, she told Variety. “I called Penélope [Cruz] and FaceTimed with her, and I called Olivia Colman.” She continued, “The women that I’m in this category with, I think, are just phenomenal, and I could not be happier. So, yeah, it’s a very exciting morning.”

Andrew Garfield Has Some Ideas For The Ceremony

Andrew Garfield found his Best Actor nomination for tick, tick... BOOM! “deeply moving” and “surreal,” according to Variety — and he’s already looking ahead toward the Oscars ceremony. Would he ever perform there? “I think I could get there to be confident enough to take a swing at something,” he told the magazine. “Listen, I’m available.” He also offered up a few possible picks for a host of the evening, including his very own Spider-Man protégé. “Tom Holland would be wonderful.”

Kirsten Dunst And Jesse Plemons Had An Emotional Morning

Kirsten Dunst and Jesse Plemons received Supporting Actress and Actor noms for their work in The Power of the Dog, making them one of the few couples who have been honored in the same year. Plus, the nominations were a first for both of them. Naturally, things got a little teary. Dunst got the news while Plemons was at work, she told Variety. “So I’m crying with my kids, and then they’re like, ‘Why the hell is mom crying?’”

Then she got word that Plemons, too, was nominated. “I was the first person to tell him, and he was a little shell shocked,” she said. “I mean, it’s just so crazy to be a couple and have our first nominations together. It’s like a storybook.”

Ariana DeBose earned a Best Supporting Actress nom for her role as Anita in West Side Story, telling Us Weekly that she was “absolutely overjoyed” by the news. Even though the film didn’t receive any other acting nominations, Rachel Zegler still had fun dishing out some honorary noms on Twitter. In addition to tweeting that both David Alvarez and Mike Faist were “nominee[s] in [her] heart,” she shared a text apparently sent to Josh Andrés Rivera, who played Chino: “You and I got nominated for hottest pieces of ass!!!!!!!!!”

In a statement to Us Weekly, Billie Eilish and Finneas celebrated their Best Original Song nomination for “No Time to Die.” “It was a lifelong dream of ours to write a Bond theme, and one we never thought would ever come true,” they said. “It’s completely unbelievable that we are here being recognized for this song, and this is a peak life experience for us as songwriters and artists.”

If there’s any good to come out of Lady Gaga’s Best Actress snub, it’s this: more proof she’s one of the most supportive people in Hollywood (not that we needed it). Despite not receiving the coveted nomination for her role as Patrizia Reggiani, the “Rain on Me” singer took to Instagram to share a lengthy post celebrating Frederic Aspiras. Aspiras, alongside Göran Lundström and Anna Carin Lock, received House of Gucci’s only nomination, Best Makeup and Hairstyling.

“He’s a living genius and Freddie, we are all so grateful to just even be near your talent, creativity and generosity of spirit ... I love you, I’m rooting for you,” she wrote. “And to all the nominees this year, congratulations on all your hard work, dedication, your nomination and YOUR magic — you all deserve major recognition for what was a truly beautiful landscape of performances and accomplishments this past year.”