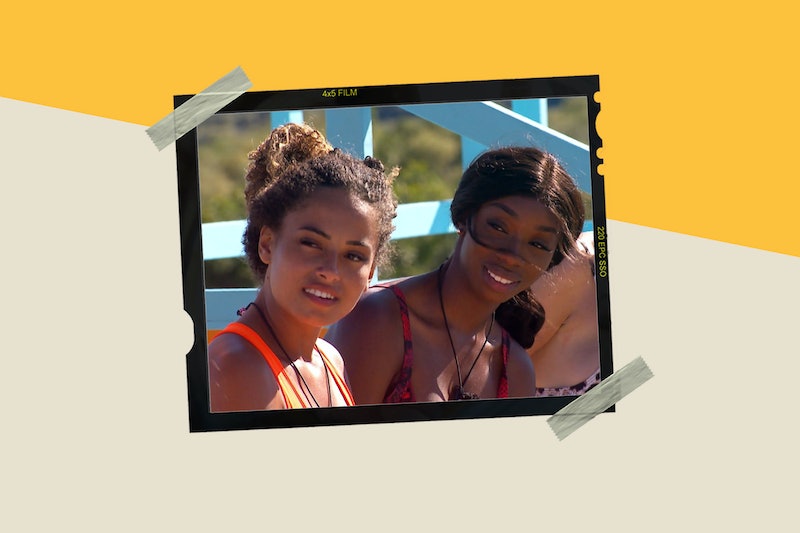 Over the past few years, the dating reality show genre has evolved. Channel 4’s Married At First Sight sees couples thrown in at the deep end and forced to make a relationship work with a complete stranger while Netflix’s Love Is Blind encourages deep and meaningful connections that don’t rest on physical appearances. These exciting and wholesome new formats pivot away from the chase and are still fun to watch, while addressing people's concerns about love and relationships today. ITV’s Love Island has remained a household name enjoyed by 2.3 million Brits, but with the complaints of over-manufactured drama, mental health concerns, colourism, and predictability, are super fans still planning to watch it this year?

Last year’s viewing figures of one million reached a four-year low – in part because it coincided with the EURO 2020 final. And while we love watching hot people navigating dating, Love Island seems to only cater to a particular hotness that is mostly white. “It also becomes too repetitive; you can only watch so many wannabe Ocean Beach Ibiza DJs with six-packs and constructed sleeve tattoos hit on slim, PLT dress-wearing wannabe Instagram models before it gets exhausting”, says Joe, a 31-year-old social media manager from Brighton. He’s right; Love Island starts to feel dull when we’re indirectly told that only those who look a certain way are worthy of finding love.

In previous seasons we’ve seen the constant sidelining of Black women, such as former contestants Yewande Biala, Samira Mighty, and Kaz Kamwi, who are made to feel as if they are less than desirable, and it is always a painful watch. “There’s nothing fresh about this show. We’re blatantly reminded that this country views Black women as the bottom of the barrel every year,” Faisa, a 27-year-old London-based community manager, says. It is difficult sometimes to watch the show and not doubt your own desirability as a Black woman; it is hard to see people live out the negative romantic situations you’ve had to endure.

Last year’s season saw a particularly distressing argument between Faye Winter and Teddy Soares. The clash racked up 25,000 complaints to OFCOM, who rejected these after an investigation stating: ‘‘Although we recognise that emotionally-charged confrontation between couples can make for uncomfortable viewing, we consider the scenes were within viewers’ likely expectations of this programme’s established format.” This wasn’t necessarily shocking, but many super fans said that scene made them uneasy about supporting the show.

Esther, a 28-year-old script editor from Sheffield, is wary about the future of the show post-outburst: “I think Love Island will have a reckoning like The Jeremy Kyle Show did in terms of the contributors' well-being which is really off-putting to me. It was difficult to continue watching it when I saw the Faye and Teddy situation. But, on the other hand, shows like BBC Three’s Love In The Flesh, where they have obviously made a conscious effort to be less exploitative and way more inclusive, makes you realise it can be done.”

Everything is so scripted, making it difficult to watch, and why would anyone want to waste their youth watching the same white girls get cuffed by the same men?

As much as we’d like to believe that reality TV shows us the rawest elements of human interaction and identity, much of it is heavily scripted and crafted for maximum entertainment. After being a devoted viewer of Love Island, Christe, a 29-year-old press officer from London, will be tuning out this year's show for the first time. “It’s too contrived and manufactured now, and seems outdated; sayings like ‘eggs in one basket’ and ‘my type on paper’ used to be funny, but now it’s so forced and comes across scripted,” she says. Christie isn’t the only person I spoke to about how stale seasons have become over the years, most people feel like the format has run its course, and not even Casa Amor invokes shock anymore.

“I will be watching with less enthusiasm this year,” adds 23-year-old Brighton student Anastasia. “I think the show has lost its allure for several reasons, namely, its predictability. Everything is so scripted, making it difficult to watch, and why would anyone want to waste their youth watching the same white girls get cuffed by the same men?”

Love Island’s biggest pull right now is FOMO (fear of missing out). One of the most significant reasons people are hesitant to abandon ship is that the show's social media conversation is far more entertaining than the show itself. “I’ll be watching because I simply hate to be left out of the loop, and I’m here for the Twitter shenanigans, but there’s definitely not an excitement within me for it anymore,” Joe says. Ultimately, the running Twitter commentary makes Love Island a raging success. As long as Black Twitter is still engaging and dominating the online conversation, there is hope for this hot mess of a reality show. Cynthia, a 23-year-old postgraduate student from Manchester who says she will absolutely be watching the upcoming series, echoes the same sentiments: “It would be crazy to miss Love Island this year, especially when Twitter is at its funniest when it’s on. I end every night in stitches, and I can’t give that up no matter how annoying the contestants become with each season.”

It would be crazy to miss Love Island this year, especially when Twitter is at its funniest when it’s on. I end every night in stitches, and I can’t give that up no matter how annoying the contestants become with each season.

There is something about event television where everyone is engaging with something at the same time that provides a sense of community and camaraderie. “I feel comfort knowing that every summer, hundreds of thousands of people across the UK - myself included - are tuned to the same thing for a whole month. For 30 days, we’re all watching the same show, obsessing over the same people and giving our opinions. It is a great comfort for me.” says Deba, a 20-year-old model from South London. Love Island becomes such a huge part of our lives, and from the show, we project opinions on social situations, which makes us realise how similar - or dissimilar - we are as people. “Love Island commentary is a social/cultural thing specific to our age-mates; it is a way for us to view public opinion,” adds 23-year-old Brighton student Ruby. “I love being angry alongside the girlies on Twitter at how a man has treated them or debating an interaction on the show. I love the discourse and judging the people I follow for their takes on the episode.”

With a new, more sustainable fashion sponsor on board – Ebay, in a bid to up the green credentials of the show – many are wondering if this signifies a substantial shift, and proof that producers have listened to the criticism. Perhaps Love Island is not over just yet, and the space it has carved out for itself in the world of reality TV will be always here to stay. However, as new, more progressive formats edge in on its space, the show has more work to do – such as diversity, ensuring their contestants have access to mental health care both on and off screen, and updating the format – to remain a relevant household name.