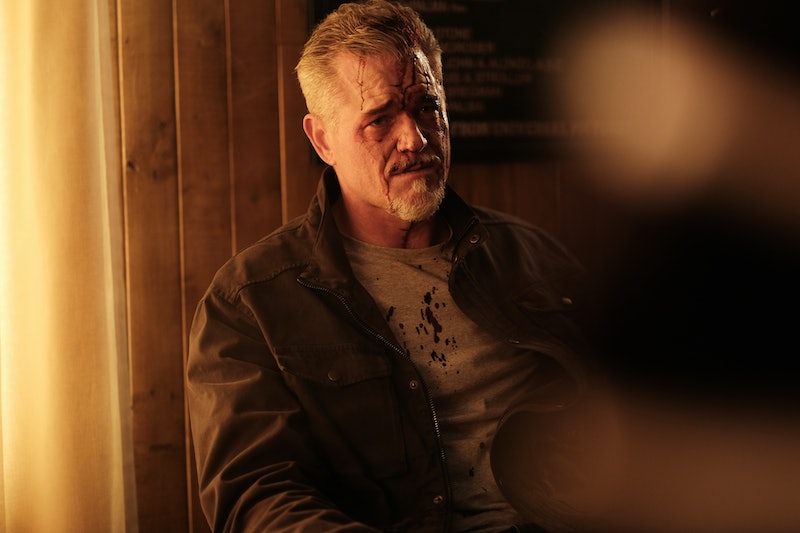 Season 2 of Euphoria is proving more stressful than its predecessor with each new episode, providing viewers with backstories for the HBO drama’s characters whose lives still hold mystery as well as upping the ante on their drug use and turbulent relationship dynamics. The series’ Jan. 23 episode was no exception, featuring a look into Cal Jacobs’ (Eric Dane) teenage years, how they shaped his predatory ways, and a present-day bloody encounter between him, Fezco (Angus Cloud), and Ashtray (Javon Walton). Its plot also explored the escalating stakes of Rue’s (Zendaya) addiction hiding tactics and Cassie’s (Sydney Sweeney) continued attempts to earn romantic interest from Nate (Jacob Elordi) despite his lingering feelings for Maddy (Alexa Demie).

Conversation surrounding Euphoria on Twitter is at an all-time high, and the series topped Variety magazine’s Trending TV chart last week for earning the most engagements of all shows on the social media platform. As per usual, fans flocked to the app shortly after the latest episode aired to express their thoughts, share memes, and even compare Dane’s character to his beloved Grey’s Anatomy role. In case you missed them, here are all the must-see memes and tweets about Season 2 Episode 3 of Euphoria.

Cal’s Upbringing And Visit To Fezco And Ashtray’s House

The episode opened with a flashback glimpse into Cal’s childhood, with his younger version played by Elias Kacavas. Fans learned he once shared a tight-knit bond with a friend named Derek (Henry Eikenberry), both of whom secretly held romantic feelings for one another, which Cal’s strict father, Bud (James C. Burns), suspected and disapproved of. Teenage Cal and Derek eventually ventured out to a bar and shared a romantic kiss, but their budding relationship fizzled when Cal got a girl pregnant.

Cal’s experience clearly led him to forever wonder what could’ve been and eventually prey on anonymous, vulnerable, and young sexual partners — like Jules (Hunter Schafer). Fans on Twitter found themselves torn between continuing to hate Cal for his predatory adult actions and feeling a mere ounce of sympathy for the character after learning about his difficult upbringing.

Cal’s present-day storyline saw him travel to Fezco’s house after his conversation with Nate in Episode 2 led him to believe the lovable drug dealer possessed the DVD copy of his sexual encounter with Jules. It turns out Fezco had no knowledge of Cal’s taped run-in with Jules, which he finds repulsive. But since Nate’s father has been taunting him since the high schoolers’ bloody New Year’s Eve fight, Fezco tasks Ashtray, large gun in hand, with intimidating Cal during the house visit.

After watching Ashtray smack Cal in the head a few times with his rifle, fans praised the young character on Twitter, pleased to see a predator get some sense knocked into him.

A few fans also joked about the presence of Faye (Chloe Cherry), Custer’s ditzy, heroin-using girlfriend who’s been living with Fezco, in the background of his and Ashtray’s tense meeting with Cal.

Another much-discussed storyline in the Jan. 23 episode saw Cassie continuing to fall head-over-heels for Nate, waking up at 4 a.m. every day before school to spend hours getting ready and hoping he’ll notice her. They’ve been hooking up every Friday, but he’s still trying to get back together with Maddy, so his fling with Cassie is a secret — which leads Maddy to wonder who Cassie’s getting all dolled-up for.

Cassie’s Episode 3 plot concluded with her time-consuming efforts going unnoticed by Nate, who blew off their weekly date to bring flowers to Maddy, prompting social media users to poke fun at Sweeney’s character.

If Season 2 of Euphoria has taught us anything so far, it’s that Rue has no intention of staying sober — she’s been casually using drugs with Elliot (Dominic Fike) and hiding it from Jules. Episode 3 saw Rue take her secrecy to the next level, telling everyone she’s started smoking weed to cover up her harder substance use. After being confronted by her younger sister, Gia (Storm Reid), Rue comes up with the lie and runs with it, worrying viewers who know she’s headed in a dangerous direction.

Then, Rue decides to start selling drugs in order to use them for free, but she presents her plan to Fezco and swiftly gets shut down. Dressed in business attire from her mother’s closet, Rue pitches the idea to schoolteacher-turned-druglord Laurie (Martha Kelly), who fronts her $10,000 of substances and expects Rue to turn a profit within a month. Besides using the drugs — including fentanyl — herself, however, Rue’s actual plan to sell the material is unclear, which leaves her in a rocky and vulnerable spot.

Rue then shows up to a Narcotics’ Anonymous meeting with a drug-filled suitcase, which her sponsor, Ali (Colman Domingo), notices immediately. He confronts her about its contents, and she rudely blows him off, sparking a cutting verbal fight between the two.

Perhaps the most heart-wrenching part of Rue’s journey through this episode is the obliviousness of her mother, Leslie (Nika King). When Rue returns home from the NA meeting with the suitcase, Leslie only confronts her about wearing her clothes, which Rue lies about, claiming she dressed up to audition for Lexi’s (Maude Apatow) school play. Leslie, who’s on a phone call, believes Rue and assures whoever she’s speaking to that her daughter’s been doing really well as of late.

The final main focus of Episode 3 was Jules’ cautious approach to a friendship with Elliot, as she’s unsure of his feelings towards Rue. After confronting him about their bond, Jules admits she still doesn’t trust Elliot — which she doesn’t realize is likely because they’re using drugs together and hiding it from her. Throughout the pair’s conversations, viewers could sense flirtation coming from both Jules and Elliot, which could potentially threaten both of their bonds with Rue.