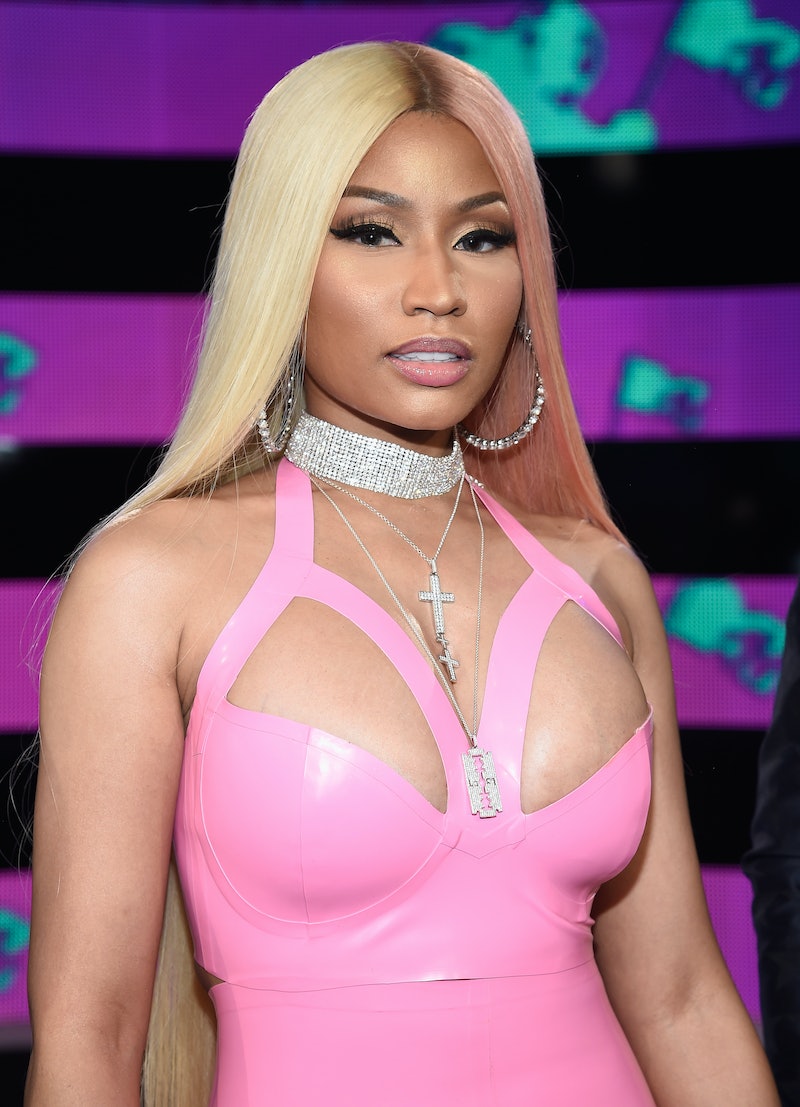 We’re just two days away from the 2021 MTV Video Music Awards, and fans are in for a long treat — at least longer than last year’s two-hour virtual-ish telecast. On Sept. 12, at New York’s Barclays Center, earworm after earworm will be performed (in the flesh!) by some of today’s biggest musical wonders. Hosted by Doja Cat, the jam-packed lineup includes performances from Camila Cabello, Chlöe, Lil Nas X, Shawn Mendes, Olivia Rodrigo, Jack Harlow, The Kid Laroi, and Ozuna. Sadly, one artist who won’t be performing is queen of rap Nicki Minaj.

Though MTV hadn’t officially announced the “Chun-Li” rapper as part of the roster, on Thursday, Sept. 9, she posted that she “pulled out” after a fan tweeted at the rapper, asking, “Are you performing at the VMAs ??????” In a since-deleted tweet, Minaj replied, “I just pulled out.” As to the reason, she promises she’ll “explain why another day.” She added, “But I love those guys at MTV. thank you Bruce. I love you so much. Next year we there baby.”

It’s a loss that Minaj won’t be rapping, especially since it’s been a while since fans have last seen her dynamite performances on the VMAs stage. She last graced the awards show with her skills during the 2018 MTV VMAs with a medley of “Majesty,” “Ganja Burn,” “Barbie Dreams,” and “Fefe” in 2018. Whether she’s singing solo or performing with collaborators like Katy Perry for “Swish Swish” in 2017 or Ariana Grande for “Side to Side” in 2016, Minaj owns the stage. In 2015, she even made waves for the olive branch she offered Taylor Swift when she asked the “Bad Blood” singer to perform with her after their highly-publicized Twitter feud. This year would’ve marked Minaj’s eighth VMAs performance.

The rapper joins another artist who recently backed out from a performance, Lorde. The official VMAs Twitter account made the statement on Sept. 3. The “Solar Power” singer explained the reason in her newsletter, writing, “We were planning this insanely amazing many-bodied intimate dance performance, not fully understanding the (very necessary!) safety protocols that are in place, and the masking and distancing just meant it wasn’t gonna be what I dreamed, and you know I can’t make something less than outstanding for you guys.” She added, “There will be many more TV performances, don’t you worry.”

As one artist leaves, another joins the roster, it seems. In a slew of surprise announcements on Thursday and Friday, the VMAs account tweeted that even more artists are slated to perform. Among the additions are Normani, Ed Sheeran, Nessa Barrett, and Claire Rosinkraz.