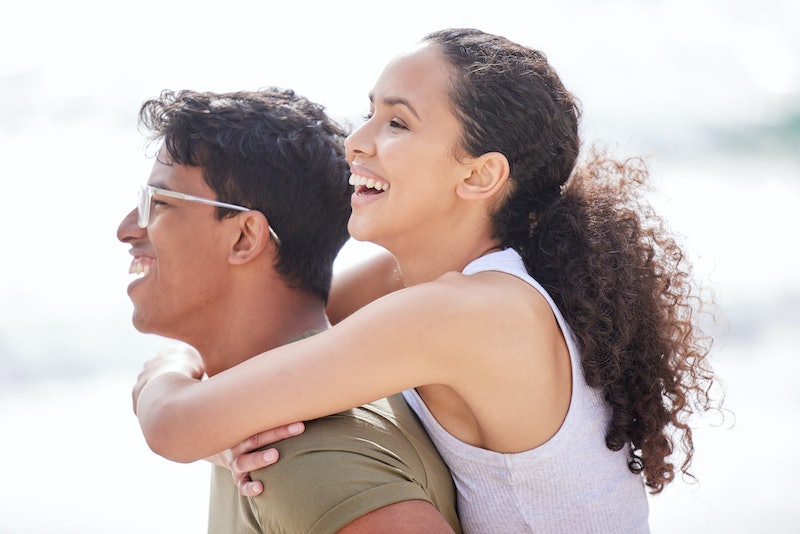 With 2021 coming to an end, it’s time to look forward to the new year ahead. When you’re single and looking, a new year brings fresh opportunities for finding love. If you want to manifest a relationship in 2022, why not turn to the stars for help? According to astrologers, certain times of the year are luckier for finding love, and each zodiac sign also has specific dates to mark down on their calendar.

If you’re looking to manifest love, you want to pay attention to where Venus is in the sky. “Venus is the planet of balance and harmony, relationships, beauty, pleasure, and desire,” astrologer Sofia Adler tells Bustle. “Generally, the most promising months are when Venus is in its home sign of Taurus and Libra — especially Libra, the sign of relationships, and also Pisces, where it is exalted and at its strongest.” Those are the best times to potentially start a budding romance.

Venus is happy in Taurus because the bull is all about comfort and pleasure — when this placement occurs (from May 29 to June 22), it’ll be a promising opportunity for finding a relationship that puts you at ease. Libra is a sign that desires balance, serenity, and fairness in their relationships, so you may manifest a well-balanced relationship while Venus is in Libra (from Sept. 30 to Oct. 23). And, when Venus is in Pisces (from April 6 through May 2), you may find a partner who’s very romantic, creative, and has an eye for beauty, just like the zodiac’s fish.

April 27 is another special date to mark down because Venus will be in conjunction to Neptune, which means their energies will overlap. According to Adler, “Neptune is the dreamer. They’re creative, very sensitive, and empathetic. Venus conjunct Neptune is an incredibly romantic aspect, making it very easy to fall head over heels.” A few days later on April 30, Venus will conjunct Jupiter, the planet of expansion, good luck, benevolence, and growth. This is the luckiest and most promising day to meet someone special.

In addition to these, the year will bring other opportunities — here are the best days to manifest love in 2022 based on your zodiac sign, according to professional astrologer and psychic, Stina Garbis.

Rams may have some hits and misses in February and March. However, there’s a good chance you may meet someone serious around early August when Venus is sextile to your ruling planet, Mars. According to Garbis, there may be commitment talk in mid-October when Venus trines Mars. But be mindful of what you say around Thanksgiving. Venus will be opposing Mars on Nov. 30, which could create some tension in your relationship.

Venus-rule Taurus is set to have a lucky year in love come 2022. According to Garbis, the end of February will be a great time to meet someone as any blockages you may have felt early on in the year will be gone. June 18 is another day to mark down as Venus in Taurus will sextile Neptune, the planet of fantasy. You may meet someone who matches your ideal partner.

For Gemini, you’ll be feeling extra lucky in love around the middle of April through the beginning of May when Venus in Pisces sextiles your ruling planet, Mercury. You’re going to come off as extra charming and people will be drawn towards you, says Garbis. The month of November also looks promising for you as Venus will be in your opposite sign, Sagittarius.

The zodiac’s crab will find manifesting love a lot easier when Venus moves into Cancer on July 17. According to Garbis, Aug. 2 can also bring new opportunities for love with someone creative and exciting when Venus is sextile to Uranus, the planet of the unexpected, and passionate Mars. You may find yourself drawn towards someone who isn’t your usual type.

Leos will have a couple of good opportunities for meeting new people. At the beginning of the year (maybe at a New Year’s get together?), you may meet someone who intrigues you. According to Garbis, they won’t be the type to reveal their feelings right away so it’s up to you to decide whether they’re worth pursuing. However, around Oct. 22, you could meet someone who makes you feel truly appreciated. At that time, your ruling planet the Sun forms a conjunction with Venus.

Like your fellow Mercury-ruled sign Gemini, favorable times for finding love are around April and May. That’s when Venus in Pisces will be sextile to your ruling planet. You may find yourself connecting with someone who intellectually stimulates you. Venus also moves into Virgo on Sept. 4, so that’s a great time for you to get out there and schedule a date.

Like your sister sign Taurus, 2022 will be a pretty good year for your love life. According to Garbis, you’ll be feeling a lot of positive energy around the end of February and again on June 18. Just be careful around Aug. 8 when Venus forms an opposition with Pluto. You may be more prone to hurt feelings during that time. You also may meet someone in early October who seems too good to be true when Venus opposes Jupiter — just be cautious and don’t fall too hard too fast.

The new year may be a rollercoaster of a ride for you, Scorpio. According to Garbis, you may meet someone in March when Venus is in conjunction with your ruling planet, Pluto. However, you may experience some tension when Venus forms an uncomfortable square to Pluto in late May. You could be in a situation where you break up and get back together, and then break up again. Luckily, you’ll have another opportunity to meet someone new around late September. From November-on, you’ll have harmony in your relationship.

Jupiter, your ruling planet, is going to have a big year in 2022. That means there’s going to be a lot of excitement for you in all areas of your life. If you’re looking to manifest love, the end of April will be a good time for you as Venus will conjunct Jupiter. August 18 is another date to watch out for as you’ll be presented with a ton of options. According to Garbis, you may even fall in love more than once this year.

Single Capricorns looking for love may meet someone in March and make it serious around the end of May. Just be mindful about how you speak to your partner around June 18, as Venus in Taurus squares your ruling planet, Saturn. You may get into a small argument that turns into something much bigger. Mid-July is another great time for you to start a relationship, as is the beginning of December when Venus sextiles your ruling planet on the first. If you’re single this holiday season, there’s a chance you won’t be next year.

Aquarius, your love life may be all over the place in 2022. According to Garbis, Venus will square your ruling planet, Uranus, which may bring tension to your relationship or you may have a hard time finding someone you truly connect with. But once early August comes, you’ll have plenty of opportunities to meet new people, and you may even find someone special during that time. Around Nov. 5, Venus forms an opposition with Uranus. When this happens, you may hear from a long-lost ex. Come holiday season, all your troubles will be rewarded: You’re likely to meet someone who’s truly great, so hang in there.

Out of all the signs in the zodiac, Pisces will be the luckiest in terms of finding love. In fact, Garbis says 2022 is going to be a special year for you. You may find a harmonious love that lasts with a possible engagement around the summer when Venus is sextile to your ruling planet, Neptune. There may be brief ups and downs around July 14th when Venus squares Neptune. However, all will be well come August when Venus moves into your fellow water sign, Cancer, and trines your ruling planet. This is a great aspect for luck, balance, and harmony.