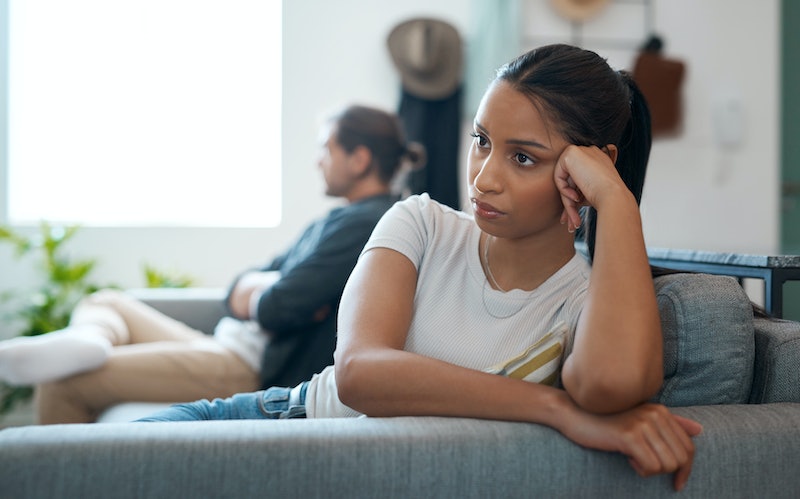 Your relationship is going swimmingly — you’re spending entire weekends together, planning camping trips, and talking about meeting the family when suddenly, your boo stops talking to you. No matter how many texts you send or attempts you make at getting them to open up, they still ignore you. It might leave you wondering, is the relationship over? Have you been ghosted? Or is your partner just going through something? As Narayana Montúfar, astrologer for House of Intuition, tells Bustle, each zodiac sign goes silent for their own reasons. Knowing why your partner has suddenly dropped off the face of the earth can help you decide how you’d like to move forward.

Although you shouldn’t immediately jump to conclusions, some zodiac signs will stop communicating if they’re no longer interested. For instance, Libra, Scorpio, and Aquarius are most likely to do this. According to Montúfar, Libras tend to hide from conflict and would prefer to leave people “on read” than let someone down.

Scorpios are self-protective people, and will use ghosting as a defense mechanism. “It’s not that they’re mean, they’re just black-and-white and prefer to not even have to talk about it,” she says.

Finally, Aquarius are most likely to leave relationships without saying anything because they play by their own rules. According to Montúfar, “They’re not driven by emotion as much as most people, so in their brain, they’re not really doing anything wrong.”

Being uninterested in a relationship isn’t the only reason for why someone would suddenly go quiet on you; it’s entirely possible there’s something else going on. Here’s what it means when your partner goes silent, based on their zodiac sign.

More like this
Libra & Aquarius Can Be Great Together, As Long As They Do One Thing
By Kristine Fellizar
Think Your Partner Is Cheating? These Tarot Cards May Confirm Your Suspicions
By Kristine Fellizar
Why A Libra & Libra Couple Might Become Codependent
By Kristine Fellizar
30 Clever Ways To Slide Into Your Crush's DMs
By Griffin Wynne, Carolyn Steber and Lexi Inks
Get Even More From Bustle — Sign Up For The Newsletter