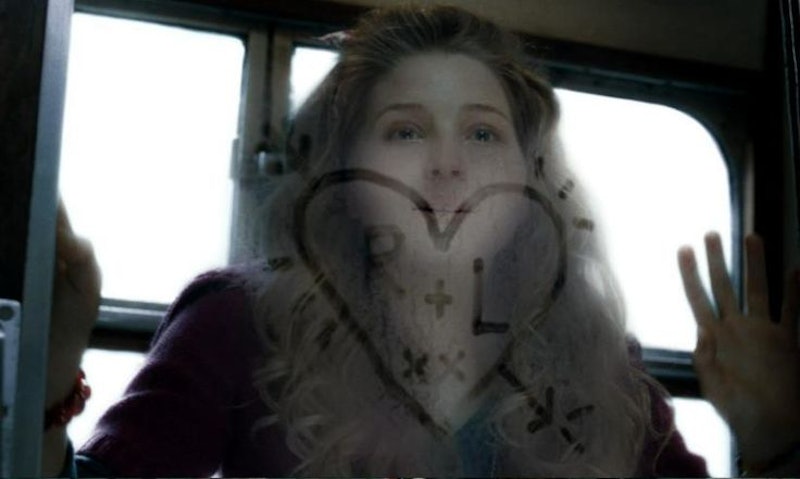 Ever since I was a little girl, I’ve always been crazy into astrology. There’s a certain comfort in the fact that the stars govern everything, and that all of my personality traits (both good and bad) were sort of cosmically bestowed upon me depending on what constellation was where on the day of my birth. As a mid-May baby, I am a proud Taurus, stubborn and romantic and all that jazz. I’m such a zodiac nerd that I used to google the compatibility of my crushes based on their own zodiac signs, and soon that escalated into me googling my compatibility with various fictional characters whose birthdays I knew. Birthdays of fictional characters aren’t always easy to figure out, but luckily for me I’m a pretty big Harry Potter fan, and thanks to J.K. Rowling, the birthdays of almost every single character is readily available for all of my horoscope needs.

We’ve used the zodiac to determine music choices, your next reading choices,your Hogwarts house and even your Harry Potter persona, but what about love? Specifically Harry Potter themed love? Did you know that each sign has their own personal soul mate based on the zodiac wheel? Basically, whatever sign is opposite yours on said wheel will be the love of your life. Using this, I’ve gone through each sign and figured out who your Harry Potter love interest and soulmate might be. Take a look, are you disappointed, or pleasantly surprised?

He's dreamy, he's brave, he's a particularly good finder, the lucky sign of Ares will get to date Hogwarts Tri-Wizard Champion Cedric Diggory. As an Ares, you are energetic, courageous, and passionate, but also have a tendency to be impatient, vain, and egotistic. As a Libra, Cedric is diplomatic enough to work with your fiery side, but the attraction between the two of you is hot enough to keep things interesting. Imagine what sort of antics you two would get up to in the Prefect's bathroom.

He did his waiting for 12 years in Azkaban... for YOU. Sirius Black represents the ideal Scorpio: magnetic, brooding, sexy as all get out. As a Taurus, you are down-to-earth, sensual, a romantic who loves the richer things in life. You are also stubborn and a bit materialistic. The love between you and Sirius Black is electric and dramatic; it's basically every single romantic YA novel you can think of. This path to true love may not run smooth, however, Sirius Black is definitely possessive and jealous (if he's weird about Harry, how weird do you think he'll get about a love interest?) and those are also traits found in the heart of a Taurus as well. It will definitely be full of drama, but think of it this way: if things get really bad, he can at least turn into a giant dog and comfort you. Win-win?

Hands off, Fleur, Bill Weasley belongs to the Geminis. As a Gemini, you are clever and curious, an excellent communicator, however you can also be mercurial and impulsive. As a Curse Breaker for Gringott's bank and later a member of the Order of the Phoenix, Bill Weasley's life is definitely interesting enough to keep you interested. As a Sagittarius, Bill is a restless sort of man who loves to be involved in a cause. Unfortunately, as a Gemini, you don't have much energy for that sort of thing. The attraction between the two of you is thanks to a mutual love of adventure, and if you stick with Bill you'll have no end of it.

Severus Snape is pretty much a textbook Capricorn, a great match for Cancers. He's ambitious, loyal, and reliable (after a fashion), but also has a nasty tendency to be condescending, hard-headed, and rigid. As a Cancer, you are deeply intuitive, sentimental, and persuasive, but also manipulative, insecure, and moody. This isn't a sexy, passionate relationship, but rather one of stability and teamwork. Once you win over the rather grumpy Snape, you'll have him for life... always.

As a Leo, you are creative, passionate, and full of humor, but also have an unfortunate tendency to be arrogant, self-centered, and inflexible. When partnered with Aquarius Luna Lovegood, you two will not only have a deep love, but also an incredibly strong basis of friendship. Aquarians have a tendency to be a bit eccentric (see: nearly everything Luna has ever done), her uniqueness will attract you, while she will be drawn to your warmth. Look forward to a bunch of quirky dates you didn't think could be romantic...perhaps a bit of nargle chasing by moonlight?

As a Virgo, you are loyal, hardworking, and practical, but you also have a tendency to be overcritical, shy, and a bit of a worrywart. Luckily for you, certified hottie Remus Lupin will soothe those worries of yours. As a Pisces, Lupin is compassionate and devoted, although he can get overemotional (just ask Tonks). Together you two are one of those unassuming couples that last forever, although your overwhelming practicality might drive this bucket of feelings to run and hide (just ask Tonks). On the bright side, he always has chocolate.

Listen, Libra, I don't know your life, so it's up to you to choose either one or both of these red-headed Weasley twins to love. Born on April 1, this makes them both Aries. As a Libra, you are diplomatic, gracious, and social, but are also indecisive, self-pitying, and carry a bit of a grudge. You'll never be bored with either of the exciting Aries boys, however their impulsiveness might give you pause. Together, the two (or three) of you would make a wonderful partnership; your planning and negotiation skills coupled with their drive would have probably made Weasley Wizard Wheezes 10 times more successful than it ended up being.

As a Scorpio, you're brave, passionate, and resourceful, but you also can be violent, secretive and jealous. This is why you need Lavender Brown in your life. As a Taurus, she's loyal and romantic until the end, just take a look at her relationship with Ron Weasley. Her possessiveness and jealousy will match yours, but watch out if you ever decide to end things, given her persistent nature. However, the passion and drama between the two of you will definitely keep you interested, although hopefully she doesn't come up with any terrible nicknames for you.

As a Sagittarius, you're generous, idealistic, and funny but also blunt, impatient, and often promise more than you can deliver. Luckily for you, Draco Malfoy is here. As a Gemini, he's intellectual (although a bit full of himself), and suffers from a bit of a struggle between good and evil (as evidenced when he was having a bit of a hard time working for Voldemort). Witty and sarcastic, your relationship will be full of romantic banter, which is fun for the both of you. But Draco's flighty nature might begin to weigh on you, especially once you've made up your mind about who to back in the coming wizarding war.

Sure, we spend an entire series of books watching Dudley Dursley be a spoiled brat, but he does get better, so keep that in mind! As a Capricorn you're responsible, loyal, and patient, but also can be unimaginative, distrusting, and conceited. As a Cancer, Dudley possesses a well of inner emotion that we see at the end of the series when he breaks away from his father and thanks Harry for saving him from the dementors. He also has a tremendous need for satisfaction, and even then still might come off as irritable and cranky (remember his birthday?). Dudley's emotional side may help your relatively rigid lack of emotions, while your reserved nature may be a grounding presence for him.

Meeting him on the train during first year might have been underwhelming, but Neville Longbottom gave true meaning to the term "ugly duckling," and that's something you can appreciate. As an Aquarius, you're imaginative, eccentric, and original, but have a tendency to also be sarcastic, aloof, and unemotional. Being a Leo means that Neville is passionate, ambitious, and brave as evidenced by the fact that he picked up Dumbledore's Army in Harry's absence during year seven. He'll be drawn to your originality while you'll be drawn to his passion, but the two of you will fuel each other while also nurturing a nice foundation of friendship. Harry Potter may have been the actual Chosen One, but you chose Neville.

Eat your heart out, Ron Weasley, because Hermione Granger's got her eye on someone new. As a Pisces you are intuitive, imaginative, and emotional, but you also can be scatterbrained, unrealistic, and a bit gloomy. Hermione is a Virgo, which makes her incredibly ordered and practical, almost to a fault. You need that sort of structure in your life, while Hermione definitely needs to look up from her books and follow her heart every now and then. Sure, there's going to be a bit of friction due to your lack of planning and her ability to plan everything to death, but if you two ever reach a middle ground, you're practically set for life.