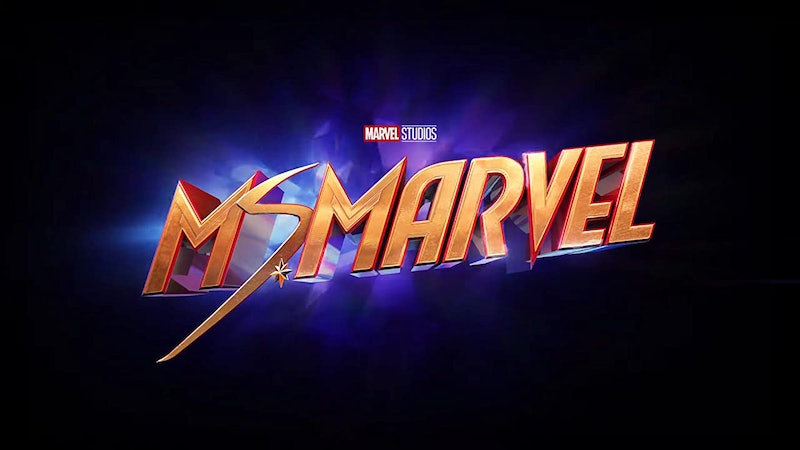 The devil works hard, but Marvel works harder. After hits like WandaVision, The Falcon and the Winter Soldier, Loki, and, most recently, Hawkeye, Marvel fans are ready for more content and characters from the Marvel Cinematic Universe. Luckily, there’s a long list of exciting, upcoming titles — like She-Hulk with Tatiana Maslany, and Ms. Marvel, Marvel’s first Muslim superhero, played by newcomer Iman Vellani.

Originally created by G. Willow Wilson and Adrian Alphona, Ms. Marvel quickly became a best-selling comic after its 2014 release. The upcoming six-episode series on Disney+, directed by Adil El Arbi, Bilall Fallah, Meera Menon, and Sharmeen Obaid-Chinoy, will be based on the character from the original comics. It’s unclear how much the series will stay true to the comic book plot and characters, but here’s everything we know so far about Kamala Khan, the 16-year-old superhero from Jersey, and her new show on Disney+.

Relatively new to the Marvel canon, Kamala Khan first appeared in a 2013 Captain Marvel comic and secured her own dedicated volumes beginning in 2014. Her superhero origins? Strict parents.

The Pakistani American was a typical high school student. She read superhero fan fiction, was obsessed with Captain Marvel Carol Danvers, and had a difficult time fitting in at school while also honoring her heritage. On the one night she snuck out to attend a party (again, typical), Black Bolt, king of the Inhumans, released the mutation-causing Terrigen Mist over New Jersey. The exposed Khan transformed into an Inhuman and received superhuman powers.

In case her “embiggen” catchphrase doesn’t give it away, Khan’s superpowers include her trademark “embiggening” ability, which means she can enlarge parts of her body. She also shapeshifts and heals super fast. Inspired by her idol (and her idol’s outfit), she took the mantel of Ms. Marvel, whose previous title holder was Carol Danvers herself, and was inspired to protect the streets of New Jersey.

There were murmurs of the possibility of Priyanka Chopra (Quantico) playing the lead since she voiced the character in the Avengers Academy video game in 2016, but Deadline reported in September 2020 that the role was filled by someone else. Newcomer Iman Vellani will play Ms. Marvel, marking her on-screen debut. Of the “vast” casting process, Executive Producer Sana Amanat said in a Marvel featurette, “When we discovered Iman, we knew that she was Kamala Khan.”

Playing her mother, father, and brother, are Zenobia Shroff, Mohan Kapur, and Saagar Shaikh, respectively. Also part of the series are Matthew Lintz (The Walking Dead) as Khan’s long-time friend Bruno Carrelli and Aramis Knight (Ender’s Game) as Kareem/Red Dagger, the Pakistan-based hero. Though their roles are still unknown, rounding out the cast are Yasmeen Fletcher, Laith Naki, Azher Usman, Travina Springer, and Alysia Reiner (Orange Is the New Black).

Playing the male lead and Ms. Marvel's nemesis is Rish Shah as Kamran, whose superpower is sending shock waves. He told Deadline in April, “The fact that our show represents South Asian culture makes it even more special. Black Panther was groundbreaking for so many reasons, and I hope that Ms. Marvel resonates across cultures in the same way.”

Since Marvel Studios president Kevin Feige announced that Ms. Marvel was joining the MCU, fans and celebrities alike have been sharing their excitement online. Celebrities Mindy Kaling and Riz Ahmed even volunteered their writing services. In a cheeky, since-deleted post, Ahmed even offered to write the screenplay, saying, “So when do @marvelstudios want me @mindykaling @kumailn to get started on the MsMarvel screenplay?”

Kaling, who previously tweeted that she’s “obsessed” with the comic book and has “read them all,” revealed in an MTV News interview in June 2019 that she has “spoken to” Marvel, adding, “I think they understand how much there is the excitement; Riz, me, every different Desi actor was very excited.” Neither Kaling nor Ahmed have been tied to the project officially.

Kumail Nanjiani (The Lovebirds, Eternals) also shared that he “got teary eyed” over the Ms. Marvel casting. In a since-deleted tweet, the fellow Pakistani wrote, “Congratulations Iman Vellani! Your work is going to mean so much to so many people, myself included. I can’t wait.” Shang-Chi lead Simu Liu also posted, saying, “Congratulations Iman, I can’t wait to see what you do for children and adults all around the world!!!”

The wait isn’t long now — especially since production wrapped up in May. According to initial press materials, the Ms. Marvel release date on Disney+ was slated for late 2021, however that has been pushed back. On Nov. 10, Disney Chief Financial Officer Christine McCarthy revealed Ms. Marvel’s release date will be sometime in late 2022. “Q4 will be the first time in Disney+ history that we plan to release original content throughout the quarter from Disney, Marvel, Star Wars, Pixar, and Nat Geo, all in one quarter,” she said, as reported by CNBC. “This includes highly anticipated titles such as Ms. Marvel and Pinocchio.”

On Disney Plus Day on Nov. 12, fans got an even clearer sense of when it’ll premiere: Summer 2022.

Luckily, those who are excited about the new superhero have more than one project to look forward to. During the press tour for Captain Marvel in February 2019, the reigning Captain Brie Larson said of the new Ms. Marvel, “My dream would be that Ms. Marvel gets to come into play in the sequel.” And what Brie Larson wants, Brie Larson gets, and Vellani is slated to appear in Captain Marvel 2, now titled The Marvels, which will drop on Feb. 17, 2023.

Released on March 15, the highly anticipated Ms. Marvel trailer features a look at Kamala leaning into her superhero fate — all while dealing with everyday high school stuff, too, like crushes and planning out her future.

However, as several Twitter users pointed out, Kamala’s powers look a little different than they do in the comics. Though there’s a moment where her fist seems to “embiggen,” as is her signature comic power, her onscreen abilities seem to be more “cosmic,” as she puts it. In the trailer, she can create force fields and manipulate the space around her, for example, but we don’t see the kind of stretching or size-changing we do in the comics.

The trailer comes months after Marvel dropped shared a first look at the series on Nov. 12.

This post will be updated with additional details as more information on Ms. Marvel becomes available.

More like this
Nicola Coughlan Shared A Lady Whistledown Excerpt From ‘Bridgerton’ Season 3
By Grace Wehniainen, Alyssa Lapid and Sam Ramsden
'The Rings Of Power' Episode 4 May Put A Face To Season 1’s New Villain
By Kadin Burnett
The 'Andor' Timeline, Explained
By Gretchen Smail
Viserys’ Fate On 'House Of The Dragon' Could Differ From The Book In This Surprising Way
By Grace Wehniainen
Get Even More From Bustle — Sign Up For The Newsletter