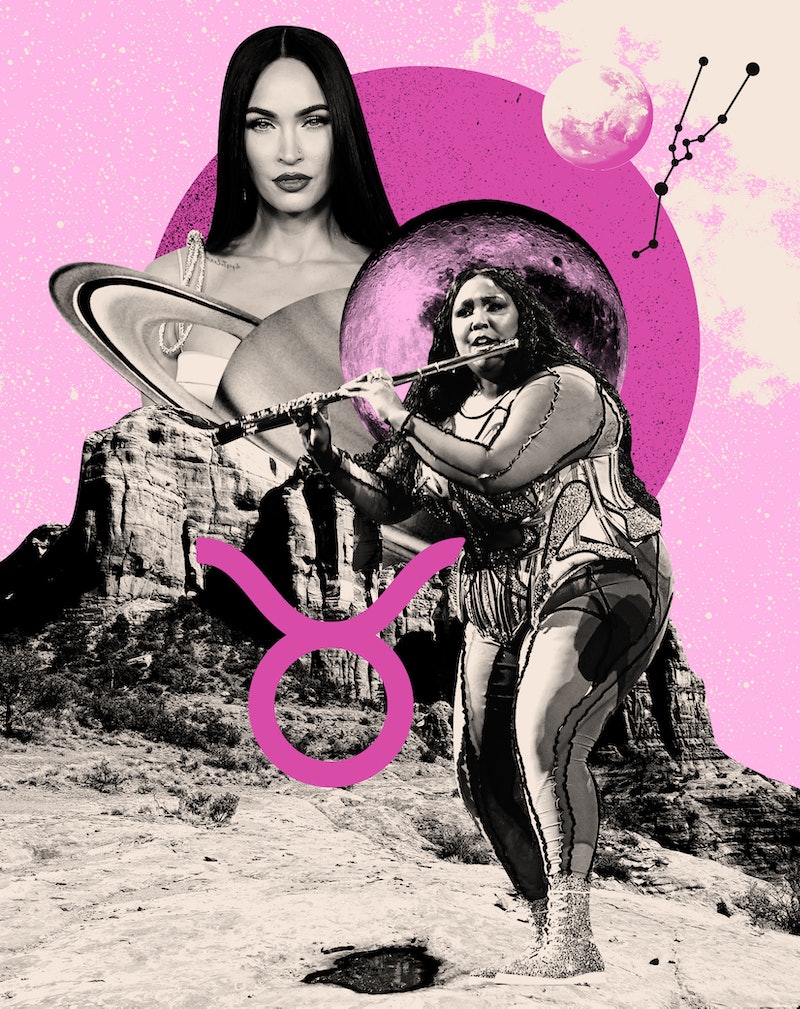 Sharing the same zodiac sign as someone else doesn’t necessarily mean you’ve got cosmic camaraderie written in the stars. As a matter of fact, some of the zodiac’s bulls feel passionately that April Taureans and May Taureans may as well be charging against each other in a celestial bullfighting ring. We all have one-of-a-kind birth charts full of points and planets that can change signs based on the day, year, and even minute we’re born — so variances in our sign’s expressions are to be expected. But is there any astrological proof to support the alleged differences between an April Taurus and a May Taurus?

A lot of the differences among zodiac sign groups can be chalked up to the fact that our birth charts contain many planets that influence our personalities — and our sun sign is just one piece of that complex puzzle. While almost everyone born between April 20 and May 20 is a Taurus (who likely share some core Taurus qualities like compatibility), they might have different Mercury, Venus, Mars, and rising zodiac signs. So when it comes to the way they chase their goals, manage their relationships, think about life, or share their feelings, they might have unique approaches.

So there are lots of explanations as to why two Taureans can be so different, but zodiac sign decans are one of the most interesting. This concept involves breaking up each zodiac sign into three subdivisions known as decans. Each decan is co-ruled by different planet, which affects the way a zodiac sign’s energy is expressed outwardly. Each sign spans 30 degrees on the zodiac wheel — so the first 10 degrees of a sign accounts for the first decan, the second 10 degrees make up the second decan, and the final 10 degrees comprise the third decan. Each day, the sun travels about one degree, which means that most April Taureans will be first decan Taureans, as the sun will be traversing the first 10 degrees of the sign when they’re born. Meanwhile most May-born Taureans are either second or third decan Taureans.

With decans as a foundation, let’s dig through some of the most notable differences between April Taureans and May Taureans that’ll offer us a more varied look at the fixed earth signs of the zodiac.

April Taureans Have The Most Typical Taurean Traits

Venus is the planet of love, worth, and value, and it happens to be Taurus’ ruling planet. However, May-born Taureans almost always fall into either the second or third decan of the sign, meaning they have an additional planetary co-ruler that influences their Taurean vibe. Because April’s bulls (aka first decan Taureans) are solely ruled by Venus, they’re known for embodying the most typical Taurus traits — such as being loyal, grounded, and pleasure-loving. These textbook Tauruses will usually relate to the more generalized strengths and weaknesses attributed to their sign.

May Taureans Are Highly Career-Oriented

Taurus is a sign that naturally knows how to balance work and play — and they’re passionate about both. But since May Taureans are co-ruled by either Mercury (planet of logistics) or Saturn (planet of responsibility), they tend to be more work- and detail-oriented than their April-born counterparts. Both of these planets bring a diligent, meticulous, and structured energy to Taurus’ already-hardworking vibe, which makes them unstoppable when it comes to getting things done, even if they insist on doing it in their slow-but-steady Taurus fashion.

As one of the earth zodiac signs, Taureans are highly sensual people who love to immerse themselves in the delights of the physical realm. But because first decan Taureans (born in April) arguably have the heaviest Venusian influence on their personalities, they tend to be the most indulgent of the bunch. These bulls absolutely love anything that tastes, smells, looks, sounds, or feels good — so delicious food, silky sheets, a sweet-smelling bouquet, or a cozy cuddle session is sure to send them swooning. Physical touch is definitely a Taurus’ love language, and this is all the more true for those born in April.

May Taureans Are Less Stubborn

Stubbornness is often cited as one of Taurus’ biggest weaknesses — and that isn’t too surprising, considering they’re represented by the symbol of the headstrong bull. But because second decan Taureans (all born in early May) are co-ruled by mutable planet Mercury, they tend to be more flexible, adaptable, and quick on their feet. These Taureans tend to be more open to change than the average bull, so you can usually get them to soften their stance on things or try something new more easily than an April Taurus.

As one of the signs ruled by indulgent planet Venus, all Taureans have a love of luxury and an appreciation for all that’s aesthetically pleasing. However, April Taureans have an even more insatiable appetite for opulence. First decan Taureans can’t help that they’re drawn to beauty in all forms, and their artistic eye usually results in them having rather expensive taste. These Taureans work just as hard as every other bull, but they do it because of the reward that comes afterward — which is when they get to sit back, relax, and enjoy all the finer things that life has to offer.

May Taureans Have A Strong Sense Of Discipline

Taureans are fixed zodiac signs, so they’re naturally stable people who are focused on security. But third decan Taureans (all born in mid-May) are co-ruled by Saturn, the planet of structure — making them even more reliable than your average Taurus. These Taureans are strongly disciplined and highly responsible, so while they love to relax, they usually want to see things through and make sure their to-do lists are complete before taking time to chill. They appreciate having a solid schedule, and their profound sense of patience and steadiness make them some of the most dependable of all Taureans.