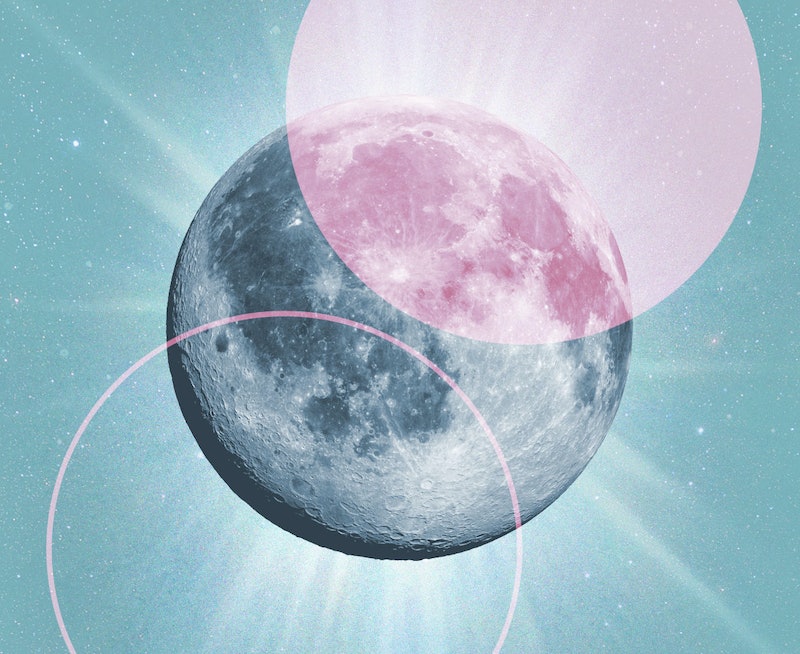 Welcome to the home stretch of 2021, star babies. Somehow, it’s already time to flip our calendars to December, which means the holiday season is officially upon us and winter is settling in for some chilly months ahead. The astrology of December 2021 is chock-full of cosmic drama wrapping up the year with a bang — but it brings some sparkly new beginnings that beget an exciting future ahead, too.

The planets aren’t wasting any time getting things moving this month, as Neptune retrograde ends on Dec. 1 and a powerful new moon eclipse in Sagittarius peaks just a few days later — all of which will bring loads of fresh energy our way. The adventurous magic of Sagittarius season will put all zodiac signs in a celebratory mood during the first few weeks of December and help us embrace the festive holiday spirit, especially once feisty planet Mars joins the sun in Sagittarius mid-month.

The full moon in Gemini on Dec. 18 will bring emotions to a climax as we approach the winter solstice. As if that weren’t intense enough, Venus retrograde begins the very next day, sending us on a six-week journey through the depths of our love lives. Once Capricorn season kicks off on Dec. 21, we’ll embrace a more pragmatic and sensible state of mind, helping us to stay grounded through the cosmic clashes to come.

All zodiac signs should take note of the major astrological events in December 2021, because the final month of the year is packing some serious planetary punches.

Retrogrades Coming To An End

We’ll kick off the month by kissing another retrograde goodbye, as Neptune’s annual backspin finishes on Dec. 1. The planet of dreams and illusions has been retracing its steps in its home sign of Pisces since June 25, and this transit helped us to real about the truth beneath our fantasies. With Neptune stationing direct, we’ll have to actively work on combining tangible efforts with our more mystical insights.

We’ll feel the cosmic momentum pick up later in the month, too, as Chiron retrograde ends on Dec. 19. Chiron is a minor planet known as the “wounded healer” in astrology, and its retrograde periods help us to process our pain and dress old wounds. Once Chiron goes direct, we may feel more inspired to channel our past struggles into action and start healing.

The first three weeks of December comprise the bulk of Sagittarius season 2021, which is making everyone feel a little more happy-go-lucky, optimistic, and spontaneous — in spite of the days growing darker. With mental planet Mercury also in this free-spirited fire sign for the first half of the month, expect to feel called to speak the truth, expand your horizons, and seek fresh perspectives.

One of the most major Sagittarius season moments is the December 2021 solar eclipse, which peaks on Dec. 3 PT/Dec. 4 ET. With the sun and moon aligning in this mutable fire sign’s realm, we can look forward to sudden emotional paradigm shifts and exciting new opportunities for adventure. Unlike your typical new moon, eclipses aren’t a good time for manifestation rituals, but this lunation is the perfect time to get introspective about your personal beliefs and philosophies on life — and reflect on how they’ve evolved over the past year.

On Dec. 13, two of the personal planets are switching signs and changing up the general cosmic vibes. Passionate planet Mars will join the sun and Mercury in fiery Sagittarius, which makes us more spontaneous and adventurous in how we chase our goals and take action on things. However, the Sagittarius party will be cut short once communication planet Mercury enters Capricorn later in the day. With Mercury in earthy Capricorn, we’ll be feeling more grounded and thinking more practically about things. It’s a good time to make a holiday budget or set some plans in stone for the year ahead.

The Last Full Moon Of The Year

On Dec. 18, we’ll experience the final full moon of the year — and the official end of eclipse season 2021. Rising in the airy sign of Gemini, the December 2021 full moon will light up our desire to communicate, enabling us to talk through our emotions and express our feelings more effectively. This is a fabulous time to tie up loose ends in your life and let go of things that aren’t serving you before we begin a new year.

Venus Retrograde Is Coming For Our Love Lives

Just when we thought retrograde season was over, Venus retrograde 2021 is swooping in and forcing us to get real about our love lives. The planet of love, money, and romance is taking a 40 day backspin starting Dec. 19 in the down-to-earth sign of Capricorn. This retrograde could bring up past relationship drama, make us question our values, or even change our tastes. However, it also brings us a solid opportunity to reevaluate what really matters to us. While this isn’t a good time to start a new fling, make a luxury purchase, or dramatically change your appearance (Venus rules beauty, after all), don’t be afraid to rethink your relationships and get more serious about what you value in the long-term.

Dec. 21 marks the start of Capricorn season 2021, as the sun moves out of party-animal Sagittarius territory and settles into the down-to-earth realm of the sea-goat. Capricorn season inspires us to get down to business and embrace a no-nonsense attitude in life, so it’s a great month for focusing on your career, being realistic about your longterm plans, and getting serious about your New Year’s intentions. Think of this energy as an end-of-year reality check that’ll launch you into 2022 feeling grounded and prepared.

The start of Capricorn season also marks the date of the winter solstice, aka the first official day of winter. This celestial event heralds in a new meteorological season — and it corresponds with the longest night of the year — but it’s also considered a spiritual time for celebration and reflection.

On Dec. 24, we’ll experience the final of three consecutive Saturn/Uranus squares — a rare cosmic connection that’s considered the defining planetary aspect of 2021. This series of squares between strict Saturn and wild child Uranus only occurs about once every 20 years, and they’re known to bring growth and tension when it comes to blending old structures with new ways of thinking. Saturn is the planet of rules and responsibilities, so when it clashes with rebellious Uranus (planet of sudden change), we’ll be challenged to build new traditions, shake-up the status quo, and rethink our relationship to structure and authority.

Because this aspect involves outer planets, its effects may be felt on a more collective level, bringing more change to the foundation of our society than it does to our personal lives. Either way, this Christmas Eve spectacle concludes a year-long planetary power struggle and marks the end of a chapter.

Dreaming Big With Jupiter In Pisces

We’re ending the year on a high note, as lucky planet Jupiter enters ethereal water sign Pisces on Dec. 28, where it’ll sail through May 10 (and again from Oct. 28 to Dec. 20, 2022). Jupiter is known for bringing cosmic blessings wherever it travels in the zodiac, but this transit is even more auspicious given that Pisces is one of the signs traditionally ruled by Jupiter — meaning this expansive planet can work its magic even more effectively here. Jupiter in Pisces will bring a general sense of wonder, fantasy, and creativity to our lives, and all zodiac signs can look forward to experiencing more spiritual growth, artistic inspiration, and dreamy idealism. It’s a great time to develop your mystical gifts or express yourself through creative channels.