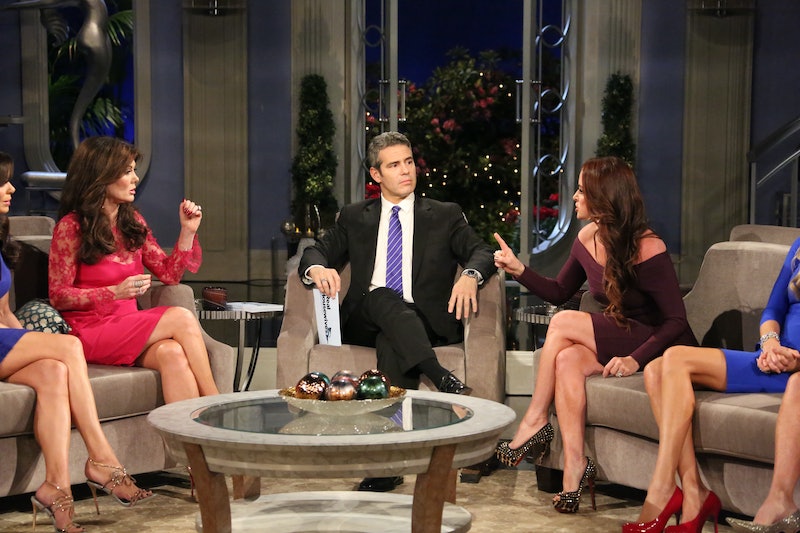 Whether it’s a guilty pleasure or a loud-and-proud one, it’s hard to find someone who doesn’t at least occasionally get down with some good ol’ reality TV. Perhaps you’re a Bachelor babe, a RuPaul’s Drag Race stan, or a Real Housewives franchise devotee. Regardless of your preferred series, one of the most valuable aspects of any good reality show are most definitely the people in it — as casting a perfectly chaotic blend of attention-hungry personalities is what makes many of these shows worth watching. Given the importance of certain character traits in a show’s cast, it makes sense to wonder whether there are certain zodiac signs that are great for reality TV.

Every sign is capable of providing entertainment value and stirring up drama in their own special way, so there’s definitely a place for all the zodiacal archetypes in the realm of reality television. And beyond sun signs, there are other interesting markers in a birth chart that can point to someone being particularly reality TV-friendly, too. For example, having a lot of significant planets in the first house of self can indicate a big personality or a memorable first impression. Additionally, the placement of feisty planet Mars can tell us a lot about people’s tempers, passions, and competitive streaks — all of which can come into play while baring their souls on a reality series.

Obviously, it takes more than being born on a certain day of the year to guarantee someone’s reality series stardom. But if you’re one of the zodiac signs that are great for reality TV, then perhaps joining the cast of Love Island is your calling after all.

Trailblazing Aries are the first sign of the zodiac, and these natural-born leaders aren’t afraid to speak their minds or follow their impulses — no matter how much drama they start in the process. These quick-tempered fire signs can be a little hot-headed, which in a reality TV setting, brings the potential for a lot of entertaining moments of confrontation. Aries are also one of the most competitive zodiac signs, so if there’s a prize or title to be won by the end of the show, you can bet that they’ll pull out all the stops in their journey toward the top.

As one of the ever-sociable air signs, Geminis are all about communication, and they absolutely love to talk. Get these chatterboxes into a confessional, stat! These highly inquisitive individuals are great at coaxing information out of people, and they’re not afraid to ask questions in hopes of satiating their never-ending curiosity. Naturally, this means that Geminis tend to acquire plenty of gossip to share, too. They’re represented by the cosmic twins for a reason — as they can stir up double the trouble of just about any other sign.

Ruled by the sun itself, starry-eyed Leos were born for the spotlight. These flashy and flamboyant fire signs absolutely love attention and they thrive when they’re able to take center stage — making them particularly well-suited for reality TV and the entertainment industry in general. These cosmic lions generally have gregarious and likable personalities, but they also have a major taste for drama. Expect over-the-top performances and theatrical reactions to even the slightest inconveniences or disagreements. It’s called show business, baby, and Leos do it best.

Sagittarians are the zodiac’s free-spirited party animals, and their happy-go-lucky personalities bring jovial and celebratory energy to any situation. These fun-loving fire signs are always seeking adventures, new experiences, and opportunities to expand their horizons — so being sent off to a faraway locale or mingling with lots of new people would be thrilling for them. Sagittarians are also spontaneous to a fault and their spur-of-the-moment decisions always keep people on their toes. There’s never a dull moment with a Sagittarius in the picture, which is why they can make such entertaining additions to a reality TV show cast.

Pisces are deeply empathic people who tend to absorb the energy of everyone around them, for better or worse, which can certainly add an interesting element to a reality TV show. Most series love to feature a tearful tantrum or two per season — and Pisces have no shortage of waterworks to provide, on or off the screen. These tender-hearted water signs feel their emotions deeply and can sometimes get a little oversensitive if they feel that someone is being mean or judgmental of them. That said, their dreamy demeanors combined with their thin-skinned sensitivity give them the potential to be highly entertaining members of any reality series.