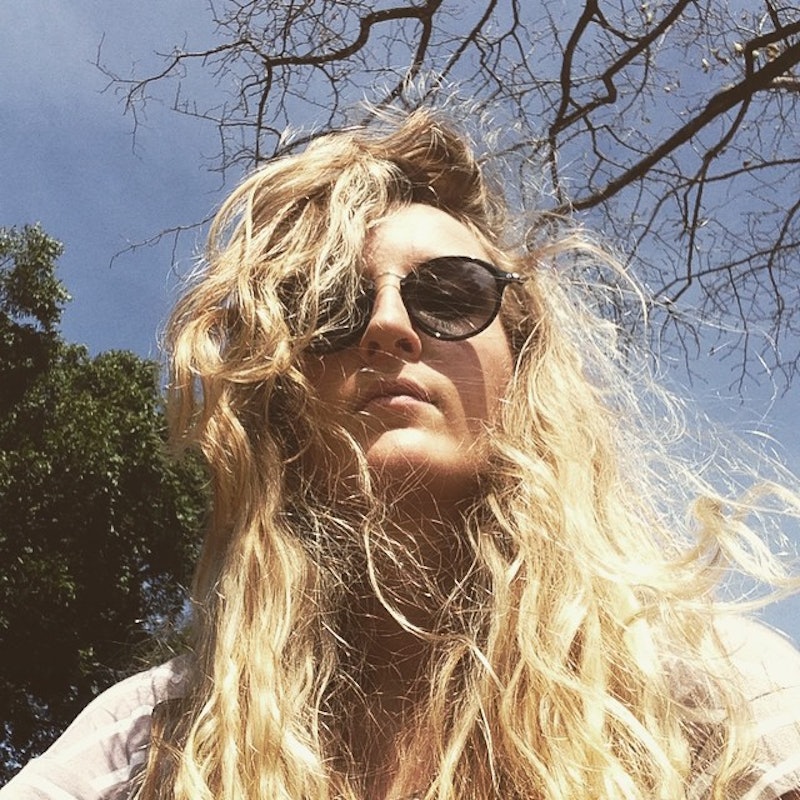 I’ve heard my share of backhanded compliments over the years, but I’ve only recently started to realize that half the “compliments” women hear on a regular basis are actually incredibly offensive. So much of the praise I’ve heard over the years has been given to me at the expense of other women, and those aren't true compliments. That’s a competition that I didn’t sign up for, and it sucks. Fortunately, the older I get, the more I realize that I don’t have to be OK with sexist “compliments.” Which is good, because what flattered me at 21 disgusts me at 26.

To be clear, I’m not writing about this to shame anyone who has given me misogynistic “compliments” in the past. I mean, how could my exes, friends, or family members know that their comments were uncool when I — a self-proclaimed feminist — took reassurance and validation from their words? Society has been pitting women against each other and calling it flattery since forever, and I know from personal experience that it takes both time and education to finally understand this. It’s only been in the past couple of years that I’ve started to realize that so many of the things I used to consider compliments are actually gross. So no, I don’t automatically assume that anyone who has ever given (or happily received) an inherently sexist “compliment” is a total jerk. That said, I will call them out on it now.

Here are just a few of the “compliments” I enjoyed hearing at 21, but I hate hearing now.

"You're The Most Beautiful Woman I've Ever Been With"

Back when I was 21, hearing something like this in bed would have left me feeling reassured and special. But when I hear this kind of crap nowadays, I feel sick for a lot of reasons.

Don't get me wrong — I do like to know that the people I'm having sex with find me sexy — but this is just a sh*tty thing to say when you're trying to be intimate. Not only does it sound like a bullcrap line from a cheesy romance novel, but it also upsets me to hear this kind of stuff from my sexual partners because it's clearly an attempt to reassure me of my own allure by disparaging the attractiveness of all of their former sexual partners. Yuck!

Even if it didn't make me uncomfortable to hear about my partner's past lovers while they're inside of me, I would still hate this kind of talk because it enlists me (and every other woman my partners have slept with) in a competition that we never asked to be a part of.

In the past, I would have taken this "compliment" as proof of my striking individuality and unique sex appeal. (What can I say? Internalized misogyny is a thing.) Unfortunately, it's taken me a while to realize that any comment meant to flatter me by insulting my entire gender isn't cute — it's actually misogynistic as hell. It's like saying, "I think women generally suck, so the fact that you don't is pretty great for me." Ugh!

Luckily, I'm more woke now. So when I hear any variation of the whole "You're a cool girl" thing, I'm out.

"Want To Be My Arm Candy Tonight?"

OK, so this comment probably always would have given me pause (if only because it's cheesy as hell), but these days it straight-up grosses me out. There is nothing remotely flattering about being objectified and compared to food. Women are not accessories to be shown off, and we don't exist for anyone's consumption. Period.

Ugh. Someone I used to date would always say this to me when he finished too quickly during sex or when he was trying to coerce my consent. I didn't realize it at the time, but this "compliment" is super f*cked up. At best, it's a lame excuse for guys to be selfish and pushy about sex. In Raquel Savage's case above, it's just one more way women are blamed for the abusive behaviors of men.

I don't think I ever loved hearing this, because I've been unconvinced about the necessity of marriage for several years now. I've also pretty much always been ambivalent about having children, and for a lot of people, being "good wife material" means you have the potential to be a good mom. (Which is a nice vote of confidence, I guess, except that anyone who knows me well knows that I might never want kids.) That said, there was a time when I would have taken this as a compliment, because it insinuates that I'm the kind of person someone would actively choose to spend their life with. Well-intended or not, I find comments like this super creepy now.

Comments like this suggest that my life is an audition to be someone's wife, and that couldn't be more off-putting to me. Nothing that I've accomplished in my adult life has been for the purposes of catching a husband. As always, I'm striving to be the best version of myself because I want to like myself. I do what I do because I want to keep going on adventures and furthering my writing career. I work hard and practice kindness because I want to be continually creating a life that I love, not because I'm hoping someone will notice how worthy I am of marriage. Phrases like this one incorrectly imply that the primary reason women better themselves is to find a mate, and that's both offensive and untrue.

"You're Prettier Than His New Girlfriend, So You Win"

A few years back, one of my friends said this to me, and I had no idea how to respond. We were at a mutual friend's birthday party, and an ex of mine showed up with his new girlfriend. It really wasn't a big deal to me. I knew they were invited and I'd only dated him for six weeks, but I guess my friend was worried that seeing him with her would be difficult for me.

I know my buddy was trying to comfort me, and I took what she said as a compliment at the time, but even when I heard her say it, I felt kind of weird. My ex's new girlfriend was super sweet to me the entire night. I had no desire to compete with her for the title of "Who's The Prettiest," but we were pitted against each other anyway — by another woman — just for dating the same guy. Barf.

"You Were The Prettiest Girl In The Room"

An ex of mine said this to me once, and I was really happy when he did. I was incredibly insecure about my looks at the time, and we had just left a party full of beautiful women. So when my former partner told me he thought I was the fairest of them all or whatever, I felt reassured.

If I heard this now, I wouldn't feel the same way. For one thing, I just really don't like being compared to other women. We're all different, and that's how it's supposed to be. But I also dislike this comment because it's just one of about a million different examples of how men have been conditioned to "compliment" their girlfriends by insulting other women. It's taken me some time, but I'm finally understanding that this kind of behavior is never OK. It's also incredibly unnecessary, because you can tell me I'm beautiful without bringing down other women. That's an actual compliment.

More like this
How To Fight For Reproductive Rights, Based On How Much Time You Have
By Courtney Young
Experts Say These 23 Things Won't Happen In A Strong Relationship
By Carolyn Steber
16 Novels That Paint A Realistic Portrait Of Abortion
By K.W. Colyard
Should I Be Friends With My Ex If I'm Still Not Over Them?
By Sophia Benoit
Get Even More From Bustle — Sign Up For The Newsletter