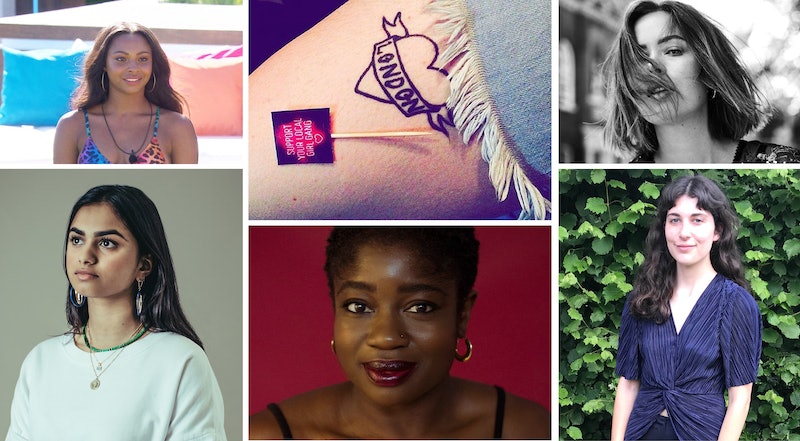 New Year's Day marks a new beginning and a fresh start, but it also provokes reflection on the year that passed. If memes are any indication of a shared cultural mindset, then millennials are largely glad to see the back of 2018 — and who can blame them. In a sometimes exhausting news cycle, we learned that street harassment of girls and women is "routine and relentless," and that 50 percent of women working in parliaments across Europe have received threats of physical violence. It's clear we still have more work to do to empower women and non-binary individuals throughout our communities, and 2019 is the time to do it.

But 2018 also gave us many moments to be proud. Name a more moving scene than watching these Irish women arrive home from around the world to repeal the 8th amendment and vote reproductive rights into law. Or a more inspiring sight than 100,000 people marching throughout the UK in celebration of the 100 year anniversary of some women being granted the right to vote.

Here at Bustle, 2018 was particularly special because it marked the launch of Bustle UK. Before launching, we knew we had a loyal core of British readers, and its been exciting to welcome more and more of you to the fold. Throughout our coverage, we've sought to have women and non-binary individuals tell their stories on their terms. Below I've assembled ten of what I believe are the most important stories we produced this year. Some will make you laugh. Others make for tough reading. All are honest, unflinching, and ultimately hopeful in their call for a better future.

"She's trying to hold on so she doesn't go to ground zero and I found that really hard to play. I found it really disempowering weirdly and it was like an adrenaline was going through my veins during those scenes that I couldn't control."

"In that first ballet class, my intrusive thoughts dulled. I left with a searing cramp in my left calf that would take days to fully abate. I was sweating and dishevelled — and completely, intoxicatingly exhilarated. It was in a subsequent ballet class that, for the first time since returning home, I resisted the urge to compulsively check my Facebook after a new obsessive thought."

Dating On Bumble In The UK Vs The US: A Very Scientific Analysis

Janet from the UK: "T. had me… and then he lost me. You always come first? You’re either arrogant in life or selfish in bed. Neither is attractive."

"We need to be visible. Not everyone is a size eight, not everyone has perfect (what is perfect anyway?) hair, not everyone has the same physical ability. And they need to be reflected. Some people are going to be mad about it, but they can stay mad. Because when you're accustomed to having the privilege of being represented all the time, anything that isn't inside your norm people are like 'oh my god, that's reverse racism.' But it's like no, this is the world. I'm not invisible."

"I'm OK with saying that I'm a fashion snob. While a money-related situation means I can only afford to buy high street items, I will only shop from certain brands and turn my nose up at quite a few others. So when I agreed to wear nothing but clothes from supermarkets for an entire week, I thought I had set myself an impossible task."

My Tattoos Are A Personal Choice Born Out Of Self-Love, So I Don't Want To Hear Your Opinions

"Tattoos have been a conscious and liberating journey to reclaim my body and fall in love with it all over again. If you had told me 10 years ago that one day I would be very body confident and a bedroom nudist (™) I would have laughed you out of the room."

Tanya Burr On Acting, The Genius Of Reese Witherspoon, & Why Therapy Is "Completely Life-Changing"

"It's like my therapist said, no mind state is ever permanent. And that is such a good thing to hear when you in a bad state. You can be on top of the world having the best day ever, but you can't put pressure on yourself to stay like that."

"If Beauty were an ugly, powerful woman, demanding that a young man stay with her in her creepy-ass castle as punishment for his dad STEALING A FLOWER — well, let’s just say eyebrows would be raised, and the villagers would be calling her a perverted, mad witch. As it is, the Beast is a tragic figure. He’s feared, yes, but so misunderstood!"

"There are definitely people you meet online who will tweet certain things saying, like, 'Oh, why are you tweeting about periods when I'm trying to have my dinner?' or 'Typical teenager she wants everything for free.' Obviously, that's quite hurtful."