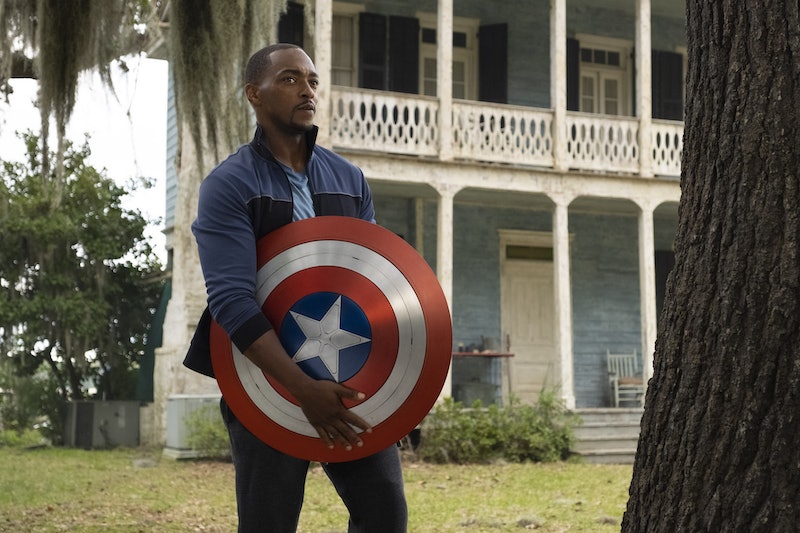 If you’re a Marvel fan, you know what it means to wait: six years for the upcoming Doctor Strange sequel, 10 for a Black Widow solo film, approximately forever for the first Spider-Man: No Way Home trailer. With so much on the horizon, there’s never a bad time to start counting down the days until a new release — even if it’s very far away. Though there are plenty of Marvel Cinematic Universe movies and TV shows to look forward to throughout 2022 and 2023, Marvel Phase 5 has plenty of intriguing titles to start theorizing about, too — from a beloved vampire hunter’s MCU debut to Disney+ shows about your favorite Marvel villains.

Of course, it’s worth mentioning that the borders between MCU phases are sometimes a little hazy this far out — and even after the fact, too. Remember when we couldn’t figure out whether Far From Home was Phase 3 or 4? (The answer was 3, after all.) But for now, it’s safe to assume that the MCU’s most recently announced projects — and any that are still in the early stages of development, for various reasons — will be Phase 5.

Here’s the likely lineup of Marvel Phase 5 movies and TV shows so far, barring any surprises that have yet to be announced, like hopefully an Avengers 5!

Wesley Snipes played Blade to perfection in the original ’90s and early aughts trilogy. But for the vampire-human hybrid’s first outing in the modern MCU, Mahershala Ali will take the mantle. As Marvel Studios President Kevin Feige confirmed to Collider upon Blade’s announcement in 2019, the upcoming film will be part of Phase 5 — but fortunately, there are Blade breadcrumbs to enjoy while you wait. In case you didn’t realize already, Ali’s Blade actually makes a cameo (a voice cameo, anyway) in an Eternals post-credits scene, proving he’s already getting involved with the unfolding MCU storyline. “I’ve never walked into a role where the anticipation of it was so great ... I was losing sleep over this line,” the Oscar winner told Stephen Colbert.

When is the Blade release date? As is the case for every title on this list, the answer is TBA for now. That said, according to the Walt Disney Studios upcoming release calendar, there are untitled Marvel movies scheduled for Nov. 3, 2023, and Feb. 16, May 3, July 26, and Nov. 8 in 2024. Because Fantastic Four is slated for Phase 4, it’s safe to assume that would come first, leaving Blade and the other Marvel movies on this list to premiere in 2024 or later.

Viewers got their first glimpse of Sam Wilson’s Captain America in The Falcon and the Winter Soldier, but Anthony Mackie will be making his silver-screen debut as the beloved hero very soon, Deadline confirmed last year. The Disney+ series head writer Malcolm Spellman will be writing the script with staff writer Dalan Musson. While there are no plot or release date specifics yet, it’s safe to assume that the film will premiere in Phase 5, which would continue the long-running MCU tradition of having a Captain America-centric project in each phase. Yes, Disney+ series count now!

Good news for Deadpool fans: not only is a third movie coming (once again starring Ryan Reynolds), but it will officially be part of the MCU this time around. “We’re working on it right now with the whole team,” Reynolds revealed on Live with Kelly and Ryan in 2019. “We’re over at Marvel, which is the big leagues all of a sudden. It’s kind of crazy.” As Feige confirmed to Collider last year, the film will be rated R — so you can be sure there will be some dark Deadpool humor — but the Marvel president said the film is still some time off. “Ryan is a very busy, very successful actor. We’ve got a number of things we’ve already announced that we now have to make.”

Following the success of Shang-Chi and the Legend of the Ten Rings, Deadline revealed that Destin Daniel Cretton would be writing and directing a sequel to the film. Of course, we all knew that Shang-Chi would be back, but an official confirmation is always nice. MCU sequels tend to happen once per phase (think the Thor or Captain America movies), so it makes sense that Shang-Chi 2 would drop in Phase 5.

As Deadline announced last year, Ryan Coogler signed a five-year overall deal with Disney — part of which is an upcoming Disney+ series about Wakanda. The Hollywood Reporter also shared that an Okoye origin story was in the works starring Danai Gurira, ostensibly the same Wakanda series. Production does not appear to have started yet — so even though the Black Panther spinoff wasn’t explicitly slated for Phase 5, it does seem fated for a later slot on the MCU release schedule.

After being introduced in WandaVision, Agatha Harkness quickly became many MCU fans’ favorite new villain — and such is the power of Kathryn Hahn that there is, indeed, an Agatha spinoff series on the way. Announced as part of Disney+ Day on Nov. 12, the series “will reveal more about the character” (shocker, right?) and will be helmed by the same creative force behind WandaVision, head writer and executive producer Jac Schaefer.

If Maya Lopez, aka Echo, quickly became one of your favorite Marvel characters after Hawkeye, you’re not alone. The skilled fighter may be striking out on her own in Echo, another upcoming Disney+ series announced Nov. 12. “The Deaf community is in huge support of this role because they want to see deaf people represented in these deaf roles,” Alaqua Cox told Entertainment Weekly in November. "Most of the time it's hearing people that take these roles, but finally authentic representation is here.”

If you loved the What If...? zombie episode, you’re in for a treat. Also announced on Disney+ Day was Marvel Zombies, described by Marvel as a “[reimagining of] the Marvel Universe as a new generation of heroes battle against an ever-spreading zombie scourge.”

Another animated series will revolve around one of the MCU’s most beloved heroes. Spider-Man: Freshman Year “follows Peter Parker on his way to becoming Spider-Man in the MCU, with a journey unlike we've ever seen and a style that celebrates the character’s early comic book roots,” per Marvel. It’s not clear if Tom Holland will voice the web-slinger this time around, as he didn’t voice Spidey in the aforementioned What If...? episode, and then there’s the whole Sony-Marvel rights situation to think about, too. Fortunately, whether or not Holland is in Freshman Year, we know he will be back for more MCU movies.

More like this
How Marvel’s 'She-Hulk' Changes Her Comic Book Origin Story
By Brad Witter
Here’s When 'She-Hulk' Takes Place In The MCU
By Brad Witter
What's New On Netflix: A Third '365 Days' Movie & Lili Reinhart’s New Film
By Arya Roshanian
What’s New On Netflix: 'Never Have I Ever' & 'Indian Matchmaking' Return
By Arya Roshanian
Get Even More From Bustle — Sign Up For The Newsletter