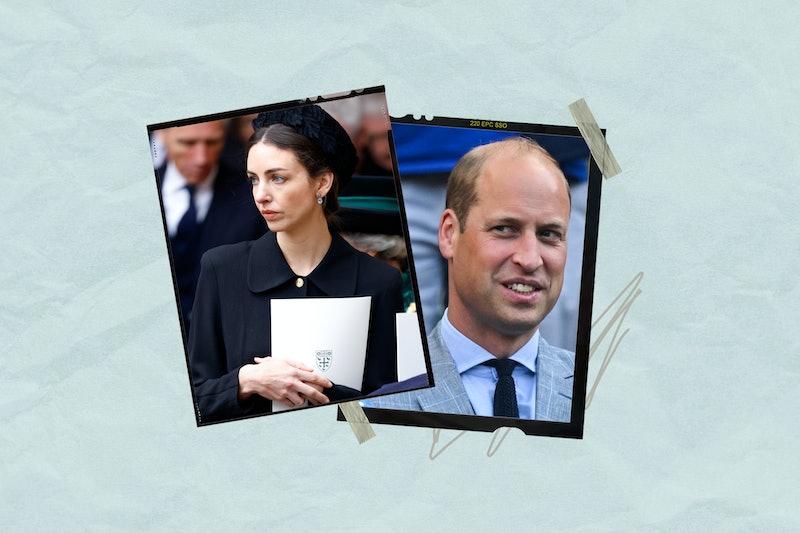 Royal families and monarchies are no strangers to gossip and questions about their fidelity. And the British royal family in particular is certainly no exception. Where fans have avidly watched The Crown for insights into the love lives of royalty (lest we forget about King Charles III and Camilla, Queen Consort’s relationship, too) there are certainly more timely infidelities running riot in the rumour mill. William, The Prince of Wales himself has been embroiled in such rumours. But what do we know about Prince William’s alleged affair? Who is the lady in question? And what was the whole #PrinceOfPegging about? Here’s what we know so far.

So, Is Prince William Having An Affair?

The Deuxmoi post is believed to be about Prince William for a few reasons. Namely that the heir to the throne has been previously romantically connected to Rose Hanbury, Marchioness of Cholmondeley (pronounced Chumley, naturally), with reports of this affair having surfaced on and off for years.

Who Is Rose Hanbury?

As previously stated, Rose Hanbury is the Marchioness of Cholmondeley. She and Prince William move in the same circles, as Hanbury’s grandmother — Lady Elizabeth Lambert — was a bridesmaid for Queen Elizabeth. Hanbury has been a guest at numerous royal events, including William and Kate’s wedding in 2011, President Trump’s state visit, and more recently, Prince Philip’s memorial service. It’s also rumoured that Hanbury and Middleton were pretty good friends, until that is, Kate started to see Hanbury as her “rural rival” — as Gawker has pointed out, they look rather alike.

The Marchioness is a former model and used to be signed to Storm Models, the same agency that discovered Kate Moss. Back in 2016, she shared a picture on Instagram of herself and Amanda Seyfried modelling for Miu Miu in Vogue. She was also briefly a researcher for Conservative MP, Michael Gove.

Hanbury married David Cholmondeley, 7th Marquess of Cholmondeley, in 2009, having first met on holiday in Italy in 2003. There is a 23-year age gap between the couple, according to Hello! magazine, and they tied the knot after being engaged for just two days. They also share three children: Alexander, Earl of Rocksavage; Oliver, Lord Cholmondeley; and Lady Iris.

During the late Queen Elizabeth II’s reign, Cholmondeley — otherwise known as David Rocksavage — held the title of Lord Great Chamberlain. As per the Daily Mail, part of his role was to walk backwards in front of the Queen during the State Opening of Parliament. However, following the Queen’s death, the filmmaker has been replaced by the 7th Lord Carrington. Although some may link the role change to the aforementioned affair rumours, Cholmondeley lost the position due to a long-standing tradition that sees the title awarded to another aristocratic family upon the death of the monarch.

Even though #PrinceOfPegging definitely brought us some light-hearted memes and some much-needed humour, it doesn’t reflect all that well on the royal family as an institution. Especially when you consider the number of scandals – Prince Harry’s comments, the infamous Oprah interview, Prince Andrew’s civil sexual assault case and friendship with Jeffrey Epstein, and King Charles’s dodgy dealings – it paints a very precarious picture for the future of the monarchy beyond the late Queen Elizabeth II’s rule.

This article was originally published on Aug. 8, 2022