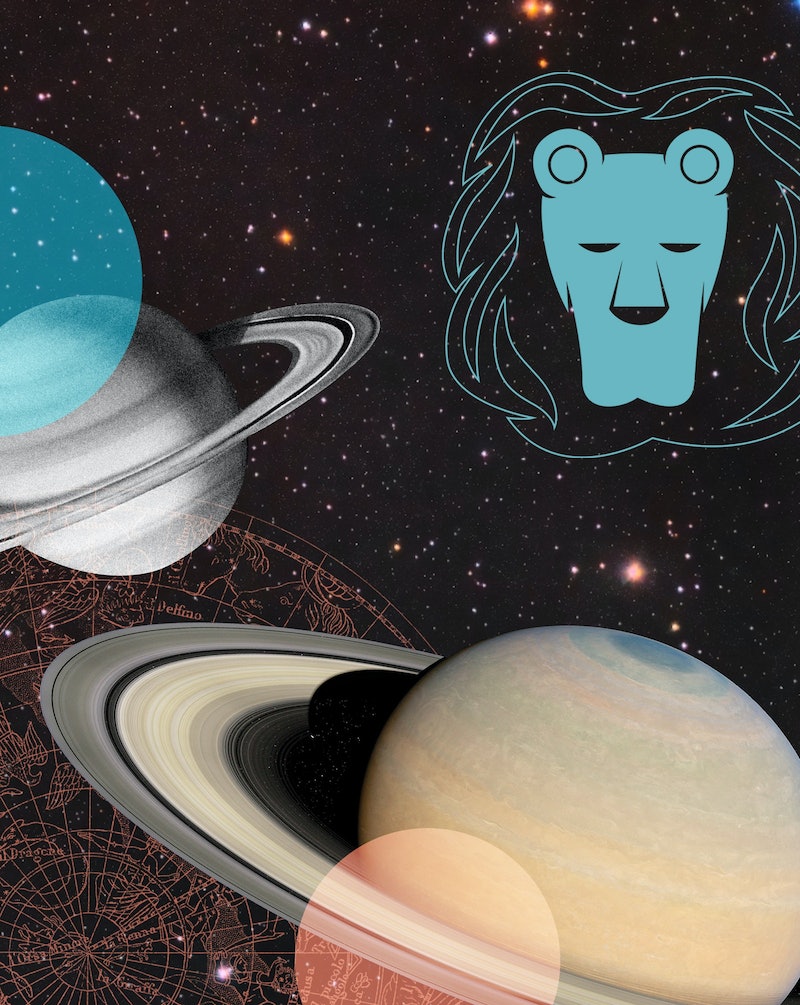 If you're not already feeling the powerful roar of Leo season 2020 in your life, trust that you will soon — because on Aug. 8, the blazing sun in Leo will link up with the bright star Sirius and create a cosmic alignment known as the "lion's gate portal." Because of energy of this alignment (and the charmed numerology of the double eights), Aug. 8 (or 8/8) is a supercharged day for manifesting abundance and dreaming big. It's set to be one of the luckiest days of 2020, and understanding the significance of this date can help you take advantage of its magic.

So what is the lion's gate portal and the power of 8/8? The energy is activated by a few factors combined: the rising of the star Sirius (which becomes visible in the eastern sky on or around 8/8 each year), its alignment with the powerful summer Sun in Leo, and the numerological symbolism of the number 8. All of these factors carry majorly auspicious symbolism and work together to make Aug. 8 a particularly lucky day for manifesting success and turning your dreams into reality — so if you're into setting intentions or connecting with cosmic energy, you don't want to sleep on the opportunity.

While celebrating the activation of the lion's gate portal is popular within many modern "new age" practices, 8/8 has been considered a spiritual date for thousands of years — Sirius' rising and alignment with the sun was significant in many ancient cultures. "Civilizations as far back as the Dogon tribe of Africa, Sumer, and Ancient Egypt tracked the Sirius star system across the sky, despite lacking any modern technology," ascension guide and quantum shaman Laura Brown tells Bustle. "Sirius' alignment with Earth [also] coincides with the Orion constellation aligning perfectly with the Pyramids of Giza, creating a trinity of alignments which open the lion's gate portal."

Aug. 8 is a sparkling spiritual window of opportunity — and I think we could all use a sprinkling of good luck after surviving the chaotic astrology of 2020 so far. So let's look a little deeper into the significance of 8/8 and ways to take advantage of the lion's gate portal energy.

Let's talk cosmos. The star Sirius (which is the second brightest star in the sky, next to our sun) is sometimes referred to as the "Spiritual Sun" — and that's because in astrology and other mystical practices, it's known to light up the spirit and help to illuminate our higher-minded goals and ambitions. Every year, right smack in the middle of Leo season, Sirius rises in the skies and becomes brightly visible in the eastern sky. Meanwhile, the sun is at its most powerful point of the year (given that it's the height of summer and it's in its home sign of Leo), which gives this cosmic lineup even more vitality and energy.

"The lion's gate portal occurs when Earth and the star system Sirius are aligned," Brown says. "Astrologically, this portal is called the lion's gate portal due to the sun being in the sign of Leo." Leo, of course, is symbolized by the lion and embodies the animal's courageous and noble energy.

While Aug. 8 is considered the peak date for harnessing this auspicious and mystical energy (given the fortuitous numerology of 8/8, which we'll get to), it's believed that the lion's gate portal is "open" for several weeks, so we all have a little extra time to connect with it.

Eight is considered one of the luckiest numbers in numerology and often corresponds with success and abundance. If you look at it, an "8" is also literally an infinity symbol turned upright, which speaks to its unlimited potential. "8/8 is numerologically significant since eight is the number of abundance and prosperity," Brown says. "Add another eight to this, and what you have is a high-frequency manifesting mojo." Being the eighth day of the eighth month of the year charges this date with the energy of success — and better enables us to set clear intentions and goals.

The significance of 8/8 also blends astrology with numerology in a synergistic and fascinating way. Sirius in astrology is associated with wealth, passion, honor, and even fame and riches, while the glittering sun is all about confidence, willpower, and self-expression. And the fact that Sirius will align with the sun in the sign of Leo is important, too. "Leo is a raging fire sign, and its energy can attract all it desires like a moth to a flame," Brown says. "[The sun in] Leo is a natural leader that goes after what it wants." Combining these success-attracting planetary placements with the abundance-oriented numerological energy of 8/8 is the cosmic blend that makes the lion's gate portal such an auspicious period for putting your intentions out into the universe.

Working With The Lion's Gate Portal

Obviously 8/8 is one of the luckiest days of the year for manifesting, but what should we do to connect with it? When it comes to working with the energy of the lion's gate portal, you can think of it like a supercharged full or new moon — meaning it's a fabulous day to set intentions and do manifesting rituals. "The lion's gate portal is an opening for high-frequency, high-vibrational energies, infused completely with Sirian energy, to flood down upon the Earth," Brown says. "As this portal bathes us with this energy, we are primed to get our manifesting flex on." The energy of Sirius and its alignment with the sun on 8/8 can help us channel the energy to "instantly manifest what we want," according to Brown. Here are a couple ways to harness it: